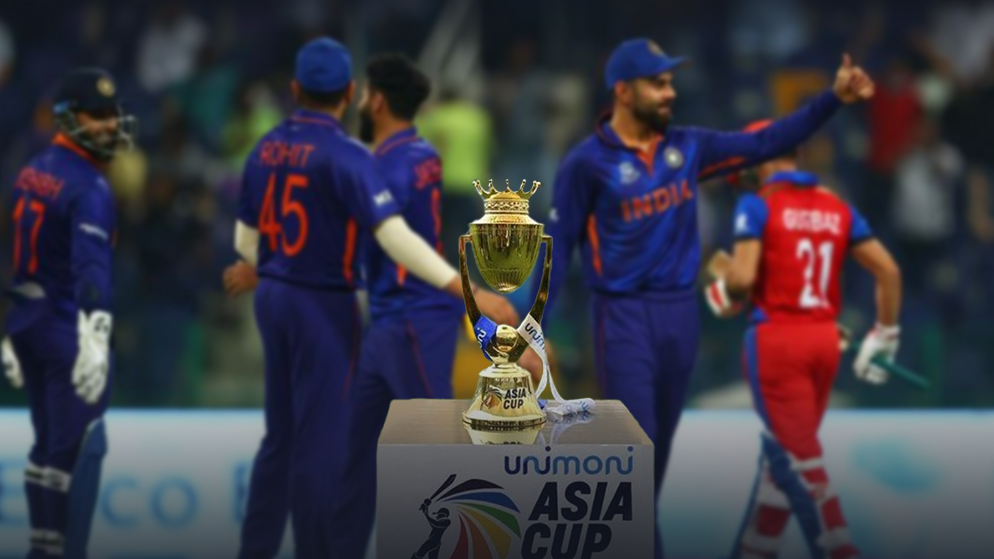 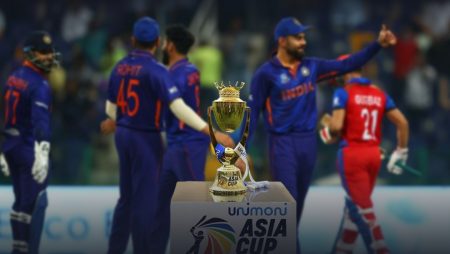 Team India has started their Asia Cup 2022 campaign with a bang. They beat their arch-rival Pakistan in a much anticipated and much-hyped contest on August 28 by 5 wickets in Dubai International Stadium.

Indian bowlers restricts Pakistan to 147 and the pacers used the short ball tactics very well. H Pandya took 3 wickets while B Kumar took 4 wickets in the first inning including a wicket of opposition captain B Azam.

Some runs in the end from S Dahani and H Rauf give Pakistan something to ball to India.

Pakistani bowlers also bowled really well with the new ball and at one stage, the runs were not coming easily. Both V Kohli and R Sharma got out to M Nawaz, but R Jadeja and H Pandya came into the action and got the team over the line.

Today, we are looking at some of the factors and see if India can win the Asia Cup 2022 title or not.

The fast bowling all-rounder has been in outstanding form since he came back from the injury. He gives the right balance to the team with his batting as well as bowling.

In the recent past, he didn’t bowl much in the IPL and in the international games due to workload management. It hampers the balance of the team and the team has to look for other options.

But now he is doing well in both departments and he will be vital for the team not just in Asia Cup 2022 but in the World Cup (WC) as well.

He also won the first-ever title for Gujrat Titans as captain in IPL 2022.

2. R Jadeja’s importance and role in the team

R Jadeja is a utility player in the team and a true 3D player. He can give you the overs while bowling, can bat anywhere in the middle and lower order, and a gun fielder.

His role will be important in the team going forward. India can win the Asia Cup 2022 if the all-rounders in the team like R Jadeja and H Pandya does well.

B Kumar was criticized for his bad form in 2021 and he lost his rhythm, pace, and swing. The pacer came back stronger from the setback and is now an integral part of the team. Especially in the absence of J Bumrah, he is the leader of the bowling attack in the Asia Cup 2022.

His experience is immense and his ability to bowl with the new ball as well as in the death overs makes him an important asset to the team.

4. V Kohli has spent some time in the middle

V Kohli’s form isn’t great in the recent past. He struggled to score runs and make an impact in the game. But now he came back from the rest and would is eager to contribute.

He took a rest from the West Indies and Zimbabwe series. V Kohli spends some time in the middle of the pitch in the first game against Pakistan.

Although he looked a bit rusty, we know how big a player he is and he knows how to deal with the pressure.

V Sehwag also said he saw glimpses of old V Kohli in the first game. Virat scored 35 runs in 34 balls with 3 fours and a six when India was chasing 148.

The team has a good balance with some of the batters in form. They have a very good pace attack despite J Bumrah and H Patel missing out due to injuries. B Kumar, A Singh, and H Pandya all bowled well recently. And the spinners are of top quality that India has in Y Chahal, R Ashwin, and R Jadeja.

The two all-rounders in H Pandya and R Jadeja give the right balance in the team.

6. Other players are doing well-

Other than the in-form players like B Kumar, H Pandya, and SK Yadav, the other players like A Singh, Y Chahal, and R Jadeja have shown great form off late.

The team is not dependent on one or two individuals. That’s why India might win the Asia Cup 2022.

7. Less competition in Asia Cup than in the World Cup

India has already won the Asia Cup 7 times before. They are the best team in Asia by far. The only competition for Team India is Pakistan. Other teams like Bangladesh, Afghanistan, and Sri Lanka are good, but India is too good for them.

On a given day, anyone can beat anyone, but team India has less competition in Asia Cup 2022 as compared to the World Cup.