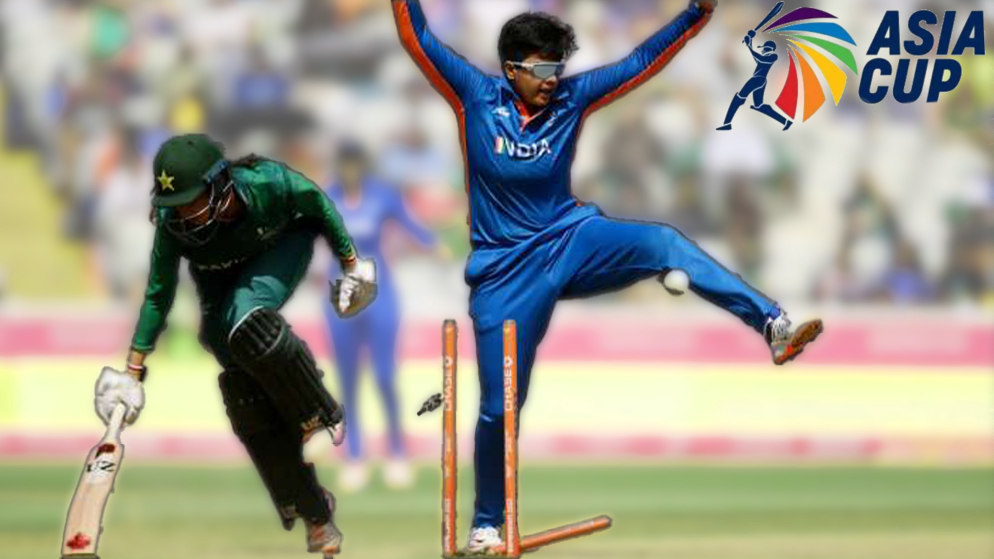 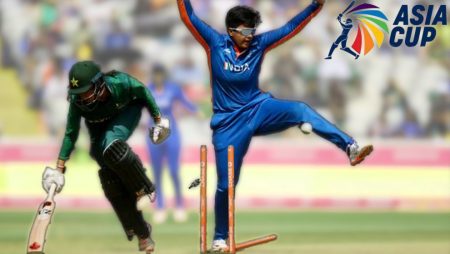 India women and Pakistan women played against each other 11 times in the Womens T20 Asia Cup. And guess what, Pakistan is yet to win the first game in this tournament against Indian women.

India led the scoreline with 11-0. Pakistan women’s team came to the Womens Asia Cup for the first time in the second edition of the tournament. It was on December 30, 2005 league stage game where the tournament was played in an ODI (One Day International) format.

Pakistan won the toss and elected to bat first. But they only managed to score 72 runs on the board in the first inning. When India women came out for a run chase, they lost two early wickets in M Raj and D Sharma. But S Mandhana’s 38 off 40 balls and H Kaur’s 34 off 49 ensured the 11th win for Team India women in the Womens T20 Asia Cup. They won the game by 7 wickets.

All n all, Indian women are dominating Pakistan women when it comes to Women’s Asia Cup, whether in an ODI format or a T20I format.

India women won their second game against Pakistan in this tournament in a 2006 league stage game. India women chased down a target of 95 without losing any wicket.

In 2006 December, Indian women won the third game while defending a total of 240. They restricted Pakistan to 159 and won the game by 80 runs.

After 2 years, in 2008, Indian women won the game by dominating Pakistan women by 182 runs.

India women yet another game after 4 days, this time by 207 runs while defending a total of 284.

In 2012, when the Womens T20 Asia Cup was played in a T20I format, India women won that game by 8 wickets while chasing a target of 94. M Raj played a crucial knock of 36 to ensure a win for Team India.

In 2016, Indian women won the game by 5 wickets with 4 balls to spare. After 5 days, in the tournament’s final, India registered a close win against Pakistan womens by 17 runs. India posted a total of 121 on the board in the first inning. Pakistan came very close to winning their first ever game against India women in the Womens T20 Asia Cup but didn’t cross the line.

The two teams will lock horns in 2022 again

Other then India and Pakistan, the other teams participating in the tournament is Bangladesh, Thailand, Sri Lanka, Malaysia, and UAE (United Arab Emirates).

Bangladesh will be the host of the Women’s T20 Asia Cup 2022. The tournament was set to play in 2020 but was postponed two times due to the COVID pandemic. The final of the tournament will be played on October 15.

Let’s see how the game between Indian womens and Pakistan womens panned out. What do you think about this rivalry? Who will win that game? Comment your opinion below.