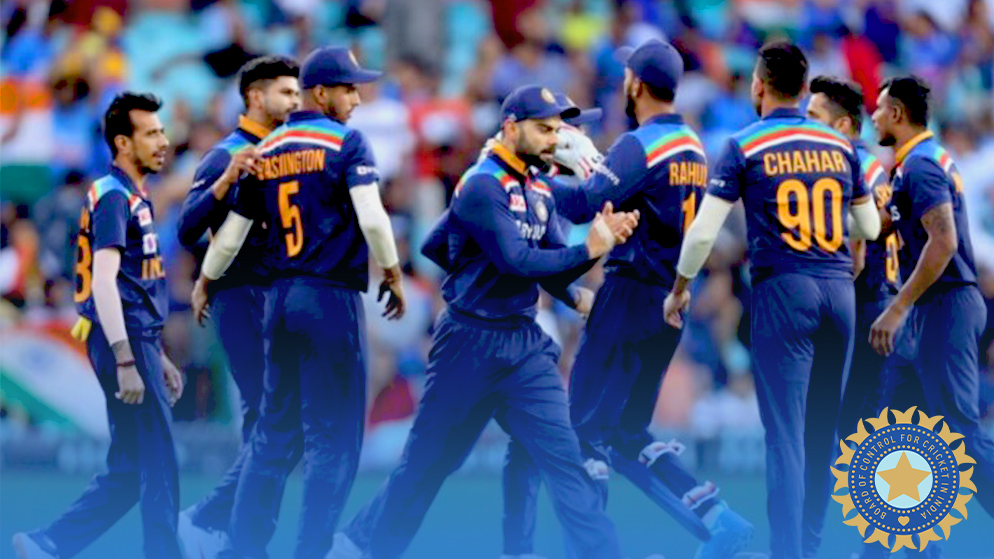 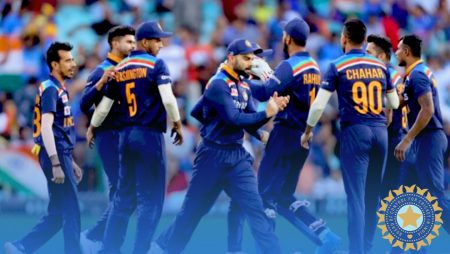 ICC T20 World Cup– It has been more than half a year and we still didn’t recover from the dismal performance of Team India in the ICC T20 World Cup 2021, which was held in UAE and Oman.

Team India only managed to get 3 wins out of the 5 games they played. They won the last 3 games which were against the lesser competitive teams as compared to the other two games at first. Only Afghanistan was the most dangerous team who can give a fight to India.

Team India didn’t start off the world cup campaign as they lost against Pakistan and New Zealand in the first two games.

It was the first time that Pakistan won a game against India in any World Cup game. They won by 10 wickets as Captain B Azam and M Rizwan make a mockery of the run chase.

Against New Zealand, India lost too many early wickets and the Kiwi spinners made life more difficult for the Indian batters, and they dint recovered from that position.

India was restricted to a very small total and the New Zealand batters chased down the target very easily.

At one stage, India had only one option left. The option was India can win all three remaining games against Afghanistan, Namibia, and Scotland, and then Afghanistan defeat New Zealand so that India can qualify.

But that didn’t happen and India was out of the tournament.

In today’s blog, we will try to find out the possible reasons for Team India’s dismal performances in that tournament.

There are so many factors for these performances. Some of the few are:

The team selected by the selectors was under the radar and one of the factors for Team India’s bad performance.

So many big players and experts had questioned the team selection. There are some shocking exclusions from the team. One of the big exclusions was Yuzvendra Chahal.

The leg spinner has been the main bowler for Team India in the last 4-5 years and is a runaway match-winner.

Yuzvendra Chahal has won so many games for Team India over the years. So many T20 games are decided in the middle overs when the batters laid the foundation for the death overs.

Y Chahal’s ability to pick wickets in the middle overs helps Team India to restrict the opposition to a small total.

Rahul Chahar, the leg spinner from Rajasthan was preferred over him by stating that he bowls quicker through the air and can hurry the batsmen with his pace.

But he got only one chance in the tournament which was against Namibia and he didn’t manage to get a single wicket and gave away 30 runs in his 4 overs.

Another exclusion was Kuldeep Yadav. He and Y Chahal is the duo for India on which India has won so many games over the years.

The pair was not preferred and Varun Chakravarthy was given a chance ahead of both.

The mystery spinner didn’t manage to get a single wicket in the whole tournament and played 3 games. He hadn’t had the impact and the opposition batters found a way to play him easily.

The old approach in the batting:- (ICC T20 World Cup)

There is a saying in the cricket world that India play T20s as an extension of ODI.

India’s top three-way of playing is almost identical. Whether it is R Sharma, S Dhawan, and V Kohli, or R Sharma, KL Rahul, and V Kohli.

All the players take time to set and then go hard in the end. Other teams changed their play patterns as they looked for as many runs as possible in their first powerplay.

The prime example of this is England. England changed the way how T20Is were playing over the years.

India tried I Kishan in that role but his performances were not up to the expectation.

Hardik Pandya is not bowling and lacks all-rounders in the team:-

India has to look for other options as the 6th bowling option if by chance some main bowler had an off day.

H Pandya’s concern with a back haunts India as he never looks comfortable, even his performance with the bat never shows how good a player he is.

BCCI and Virat Kohli are not on the same page:-

There are some issues between V Kohli and the board which affect the atmosphere of the whole dressing room.

At first, V Kohli announced even before the world cup started that he will leave T20 captaincy after the world cup. And then there are some reports suggesting that S Ganguly, the BCCI president, had a difference of opinion.

The different statements came from both sides, with both the parties denying each other statements.

We have considered this as not one of the main reasons, but one of the few reasons for Team India’s dismal performance.

R Shastri, the coach of Team India in that tournament said that the pacer was in contention for the world cup.

B Kumar is an injury-prone over the last few years, and the team is so much reliant on J Bumrah to do the job. In that case, they needed someone like T Natarajan who can bowl in the death overs but the injury cost them a place in the WC.

These are the few reasons which we think cost the team a trophy in the tournament.

Team India has another chance to rectify themselves as another T20 World Cup coming up in the next 5 months.

Thank you for reading the article. And give your opinion.