Who will win in the match between CSK Vs PBKS? 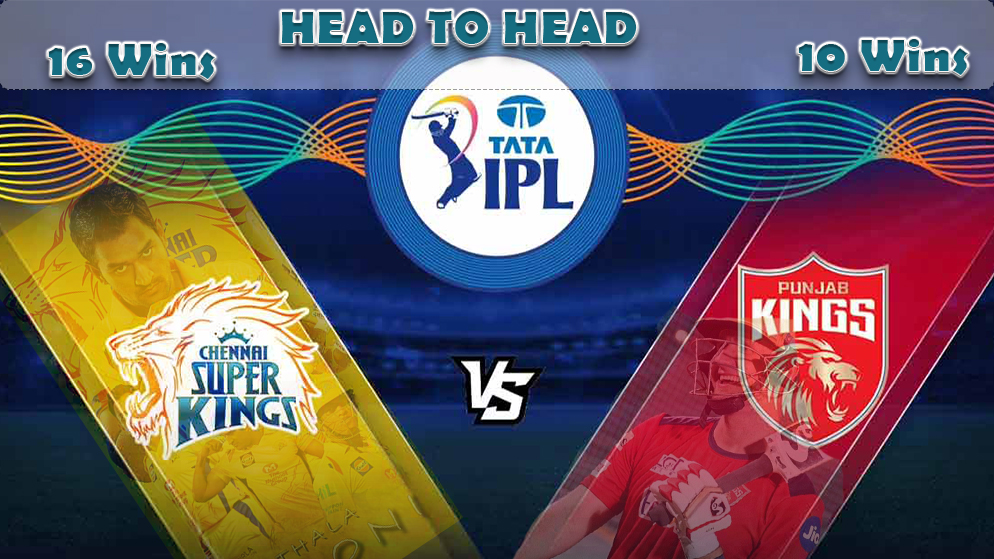 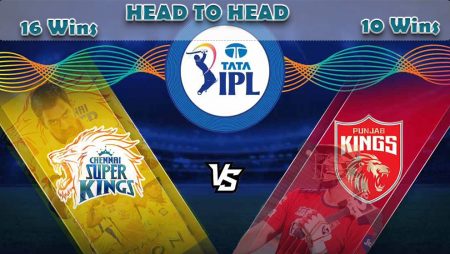 IPL 2022 has been fascinating with the introduction of two new teams. Still, CSK and PBKS are in the limelight. Chennai Super Kings and Punjab kings have faced each other twenty-five (25) times till now. And the team CSK who won IPL trophies 4 times is on the heavier side with 15 times and of course, the PBKS have won 10 times in the face-offs. However, in the last four years, both teams have had a balanced number of wins and losses against each other. In the year 2014 out of three matches, PBKS won all three. And the revenge was taken by CSk in 2015 by winning both two matches played against each other during that season. After that for continuous four years 2018 to 2021, they played 2 matches against each other and stayed balanced by winning 2 each. Therefore, this IPL match 11 between both remarkable teams would be a pleasure to watch.

Brabourne Stadium, the high-scoring stadium of Mumbai, will be the venue for the 11th IPL match. The captains of both teams will definitely keep the dew factor in their mind while tossing. The Toss winner must choose bowling first as per the results of the last two games at the very same stadium. Dew makes it easier for the team choosing to bat second. Now, in today’s IPL match, PBK has definitely the stronger hand at winning this match today. PBK has always been unpredictable each season. They begin with losses and shine at the finals later. Moreover, with two consecutive losses this season, the new captain, Ravindra Jadeja, definitely seems lacking to grasp the skill of managing the team. Though the finisher – MS Dhoni, is in great form and may be of some assistance, still, the whole team requires a common approach.
On the other hand, PBKS with its incalculable game won the first game but lost the second match with a huge difference. Their batting lineup is in great form as we saw in the first match and the bowling lineup with Deepak Chahar, Arshdeep Singh, and Kagiso Rabada definitely has an edge over the CSK. And, this pitch suits the PBKS the most.

CSK vs PBKS is one of the most exciting matches of IPL. The dream 11 cricket prediction is precisely towards the PBKS. With one position ahead at the points table, PBKS is in 7th position. CSK will need to upscale its performance to turn it around. Still, as per the current evaluation and expected playing 11, the Dream 11’s favorite is PBKS clearly. Arshdeep Singh has shown his accuracy and stunned the batsmen with his bowling. And The renowned bowler of the Indian team Deepak Chahar who needs no introduction makes PBKS even stronger.
CSK, with a losing streak, requires an outstanding performance as a whole team to win this match. The team, obviously, has impeccable players like the captain himself and ex-captain’s bat is also not silent at all.

For the batting lineup, the star performers, Shikhar Dhawan and Mayank Agarwal are must. While keeping in mind the pitch response in the favor of batsmen, Dwayne Bravo must be the captain of the team. For the vice-captain position, Robin Uthappa is the most deserving player as per the current scenario. Apart from those Shahrukh khan is appropriate to be selected as an all-rounder player.

Coming to bowlers, Rahul Chahar and Arshdeep Singh are to be picked without giving it a second thought. But, of course, we can not miss the marvelous bowler who even entertains the audience with his bat too sometimes, Kagiso Rabada. And last but not least Bhanuka Rajapaksa and epic English cricketer, Moeen Ali.

Above are the just IPL tips as per our evaluation, which makes a team with considerable chances of winning. The players must check as per their past performance, ground condition, recent match results on that particular ground, and many more significant factors which affect not just the bowlers and batsmen but the dew makes the fielding difficult too. Bowlers must not expect much help from the pitch during the second inning. Bowl will not get enough turn due to the presence of dew. It will aid the batsmen to predict the bounce and turn. This is the reason that during the last two matches played here the total score of each team was achieved at more than the rate of 10 runs per over. Therefore, go through the tips, evaluate the players, ground, etc and eventually select the best team out of it.