Who Are the All Time Best Team of Pro Kabaddi? 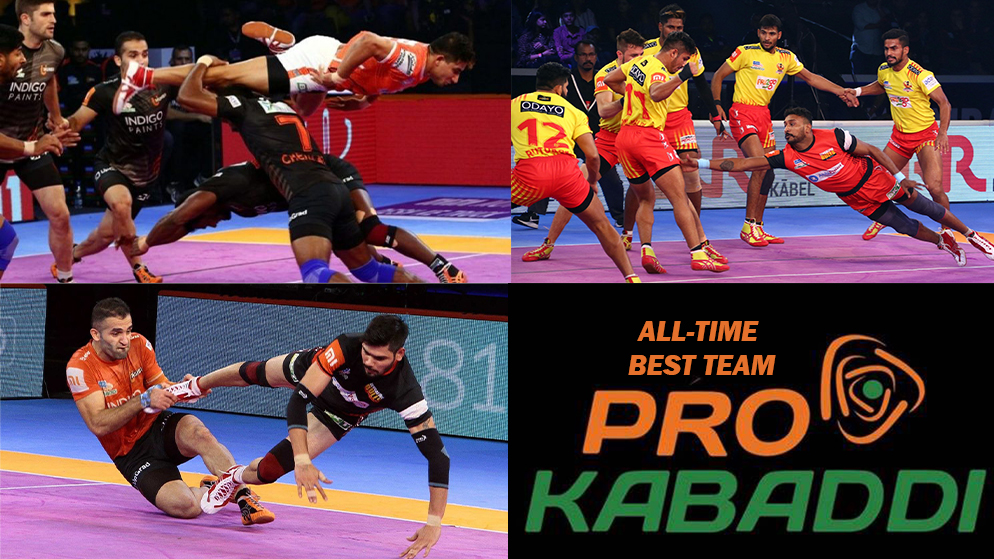 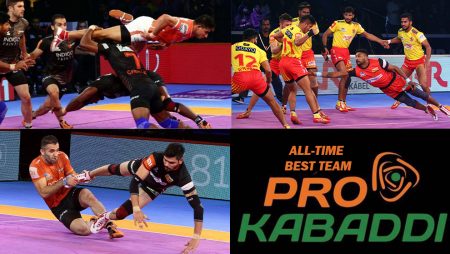 Since the Pro Kabaddi League (PKL) began in 2014 there have been eight successful seasons. Notably, the PKL did not happen in 2020 and 2021 because of the COVID-19 pandemic. besides, the latest season also had no visitors due to the pandemic.

Patna Pirates have the record of winning three seasons in a row. Notably, except Patna Pirates, no other team has won more than one season. Besides Patna Pirates, five more teams have won a title each.

Who Are the All Time Best Team of Pro Kabaddi League?

Patna Pirates have won three seasons in a row. Moreover, they have the most wins in the Pro Kabaddi League. Indeed they are the most successful team in the league. From seasons three to five they have consequently defeated Jaipur Pink Panthers, U Mumba, and Gujarat Giants respectively. Notably, Pradeep Narwal was the MVP of the third and the fifth season and played for Patna Pirates.

All in all, they have had a good run at the PKL. Patna Pirates is led by Prashant Kumar Rai and coached by Ram Mehar Singh as of now. Also, they are based in Patna, the capital of Bihar, a state in India.

The Patna Pirates are a Pro Kabaddi League team based in Patna, Bihar. Additionally, the Patliputra Sports Complex in Patna is their home ground. They have the title of the most successful team in the league because they have three titles. Notably, they have won their three titles in a row! From season three to five Patna Pirates were indeed on a roll.

We take a look at the team’s journey through the seasons:

Patna Pirates finished fourth in the points table. Further, they had 45 points from their 14 matches. They were in the fourth position and hence went into the semi-final. However, their luck ran out. In the semi-final, they were defeated by Jaipur Pink Panthers and thus crashed out of the tournament. They were led by Rakesh Kumar in the first season. Notably, he is the coach of Haryana Steellers presently.

Patna Pirates finished fourth in their zone and thus did not enter the playoffs. Further, they had 55 points from their 22 matches.

Patna Pirates had a very poor season and thus finished at eighth position. Further, they had 51 points from their 22 matches.

Patna Pirates were back at the top in the latest season of the Pro Kabaddi League. Moreover, they finished second as they lost to Dabang Delhi in the final. Further, they had 86 points from their 22 matches.

Here is the list of all-time winners and runners-up of the PKL.

First season: Jaipur Pink Panthers have won the first PKL title. They had a total of 54 points in the season. Further, Jaipur beat U Mumba in the final by 11 points. Anup Kumar was the MVP for the season.

Second season: U Mumba have the second season title of the PKL. They had a total of 60 points in the season. Further, they beat Bengaluru Bulls in the final by 6 points. Manjeet Chhillar was the MVP for the season.

Third, fourth, and fifth season: Patna Pirates have won three seasons so far. Besidesa, they have won in a row from the third to the fifth.

Sixth season: Bengaluru Bulls hold the sixth season title of the PKL. With a total of 78 points in the season they beat Gujarat Giants in the final by 5 points.

Seventh season: Bengal Warriors have the seventh season’s title of the PKL. They had a total of 83 points in the season. Further, they beat Dabang Delhi KC in the final by 5 points. Naveen Kumar was the MVP for the season.

Eighth season: Dabang Delhi KC won the eighth season’s title. With a total of 75 points they ultimately defeated Patna Pirates by 1 point in the final. Also, Naveen Kumar was adjudged as the season’s MVP.

Which is the most successful team of the Pro Kabaddi League (PKL)?

Patna Pirates is the most successful team as it has three titles. Moreover, the team has won three titles in three consecutive seasons. Also can say they are the all-time best team of Pro Kabaddi in the present.

How many seasons of the PKL have been completed successfully?

What is the number of participating teams in the PKL? What is the format of the PKL?

There are 12 teams in the PKL and all 12 players in the eighth season. The format of the league is Double round-robin league and playoffs. Notably, it is similar to the format of the Indian Premier League.

Who is the most successful raider in the PKL?

Pradeep Narwal is the most successful player in the PKL. Moreover, he has a huge 1160 raid points. He was crucial in Patna Pirates’ dream run from season 3 to 5.

Who is the most successful defender in the PKL?

Manjeet Chillar is the most successful player of defense in the PKL. Notably, he was a part of the champions, Dabang Delhi of the latest season.