What Makes Umran Malik The Right Choice To Replace J.Bumrah? 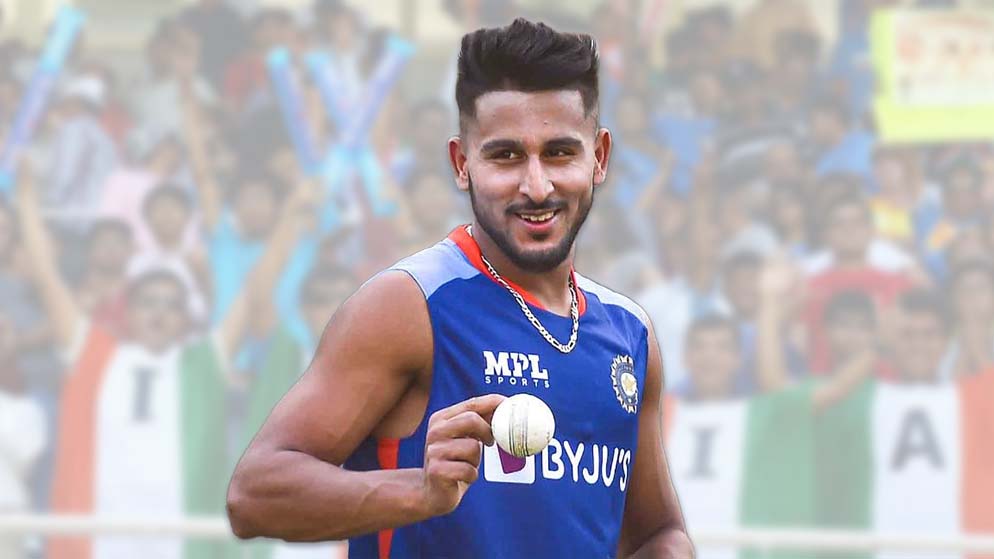 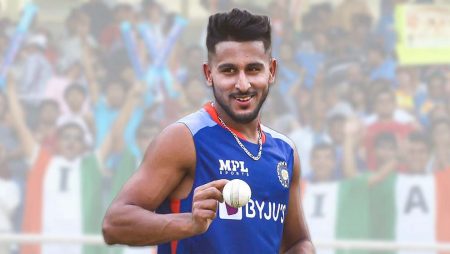 The T20 World Cup 2022 begins in Australia on October 16, 2022. Subsequently, the Indian Cricket Team dealt with a major injury blow. Jasprit Bumrah, India’s best fast bowler, was ruled out of the tournament with a back injury. So, in this article, we will discuss why Umran Malik will be the best replacement for Jasprit Bumrah for the tournament.

After losing the final T20I against South Africa, the Indian captain Rohit Sharma was asked about Bumrah’s injury. He did mention that it will be hard to replace someone like him. But, it will be a herculean task to replace someone like Bumrah. He strikes fear in the minds of batsmen around the world with his sheer pace, sizzling yorkers, and deceptive slower deliveries.

The Struggles of Indian Bowlers

The Indian bowling lineup has struggled in the absence of Jaspreet Bumrah. They have conceded an unwanted T20I record too. The opposition teams have now scored more than 200 runs against them six times in 2022.

In addition to Bumrah, senior bowler Mohammad Shami has also not played for the Indian team since the England series. He was selected for the home T20I series against Australia but was eventually dropped from the team after getting Covid. Another senior bowler Bhuvaneshwar Kumar has looked out of touch and has gone for plenty of runs.

The only shining spots in the fast bowling lineup are Arshdeep Singh and Deepak Chahar. But, in Australian conditions, you would need someone who is quick and can bowl tight lines as well. So, as per reports either one of Mohammad Siraj, Deepak Chahar, or Mohammad Shami will replace Bumrah in the T20 World Cup 2022.

According to the reports, Umran Malik, Kuldeep Sen, and R Sai Kishore will be India’s net bowlers for the T20 World Cup 2022. They will also be the injury replacements, in case any of the regular or stand-by bowlers pick up an injury.

Malik was part of the Indian squad that traveled for a tour to Ireland and England. He has played 18 T20Is in 2022 with 26 wickets at an economy of 9.44. Despite doing well in a couple of matches, he was erratic with his line and length and ultimately leaked too many runs in England. Thus, he was eventually dropped by the team management.

However, Umran Malik has been playing plenty of domestic cricket since then and has also done well in the recent Irani Cup. The Australian pitches are generally fast and bouncy. So, he could be very handy with his pace.

HMalik’s place in the Indian team looks like a far-fetched dream. With his experience and accuracy, Mohammad Shami seems like the replacement for Jasprit Bumrah. But, with his sheer pace, Umran Malik could be the X-factor that team India needs at the moment.

The Indian squad for the T20 World Cup 2022 looks lethal in terms of batting. The top four batsmen have been among the runs in the last two bilateral series against Australia and South Africa respectively. India have played 8 bilateral T20Is this year. Out of which, they have won seven series and drawn one.

One place, too many contenders. The selection dilemma continues to grow for the team management. However, they must consider Umran Malik as well for the T20 World Cup 2022, given his youth and the sheer pace that he brings with him. The pitches in Australia will ideally suit him and he could do wonders for Team India.