What Kind of Diet Do Pro Kabaddi Players Take? 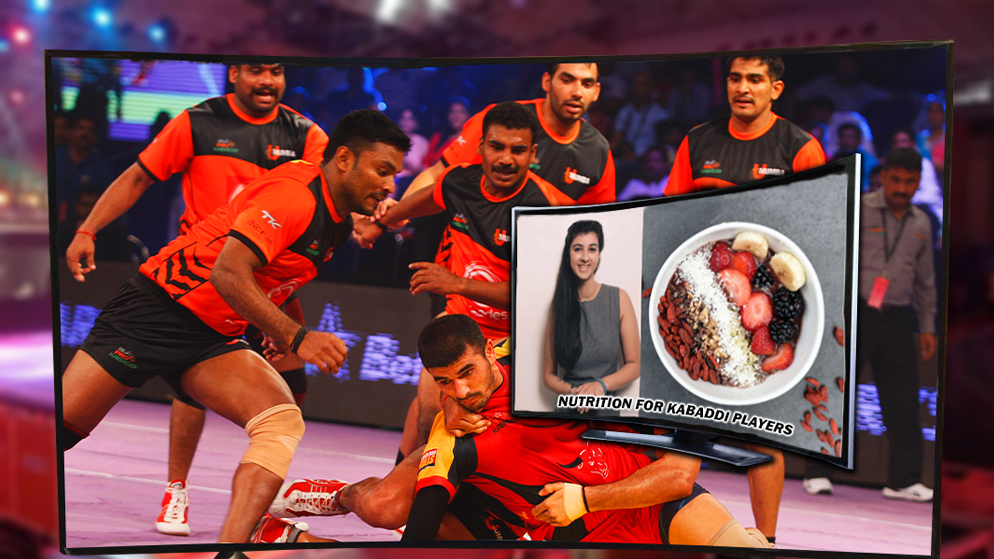 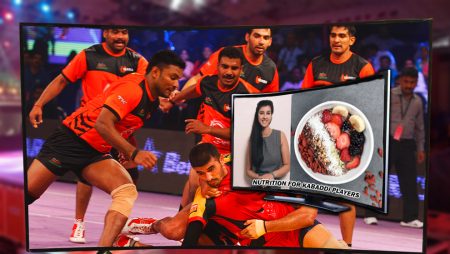 Kabaddi is a very physical sport and requires a lot of hard work, both mental and physical. Thus, the players also have to take a proper diet to stay in shape for the game. The players have to maintain their diet and fitness for the high level of physical work put in the matches.

Since kabaddi has its roots in India and is played in many cultures, the diets of players are often different. In fact, They represent the culture of the player most of the time. Furthermore, a lot of players have the belief that they can eat anything they want.! This is because they think due to the physical hard work in the game it will even out everything.

This is however not true at all. In order to perform at the peak of their ability, players need to eat in a proper and well-structured way.

In fact, indiscipline in kabaddi players’ diet intake can be a big issue, especially in the Pro Kabaddi League (PKL). There have been instances when coaches at PKL had to get players to a basic fitness level as they were quite overweight. However, in a fast-paced tournament like PKL, there is only so much time for a player to lose weight and then train. Thus, improper diet can be costly for the players.

Such players have to compromise a lot to meet squad selection criteria in time. Notably, these players have to add more training sessions which means less recovery time. Further, they have to overtrain and starve as well to lose weight. While a player may make it to the team with these tactics it makes him or her very likely to get injured. Hence the diet plan has to start offseason.

Nutrition for Kabaddi Player: And Overview

Most kabaddi players train for 4 to 5 hours each day. A very common trend among players when they train is to keep a bucket with the. Every now and then a player will come and drain their sweat in the bucket! At the end of the training session, the bucket is full of sweat.

Certainly, the diet needed to keep the players active for such sessions daily is very different from a normal diet. A kabaddi player daily can use up to 8000 calories! With a lot of calories, such a diet needs to be planned very well. This is because if a player has more fat it will slow down his/her movements of the body. Since fat is unsuitable for the body it will affect the player’s practice sessions. Thus players need to work in sync with their dietitians and follow their nutrition plan very strictly.

Speed, agility, strength, and quick thinking – four aspects that kabaddi players have to be very good at. The players need high energy to be up on their feet all the time in a match. Thus, carbohydrate is a very important part of the player’s nutrition plan. Replenishing muscle glycogen also needs carbohydrates.

Further, the players also need to have good mental strength. Thus having foods which calm them down are very good for helping them focus in a much better way.

A good PKL season is what each pro kabaddi player wants to have. A well-planned diet is a very big part of it too. A player can only go so far without a proper nutrition plan to follow. Thus, having a proper diet from an early stage is crucial for those who take part in the PKL. Besides, there is not a lot of scopes left before the season begins for the players to get in shape. They have to follow their dietary plans from many early stages.

In the morning after waking up, a player can have tomato juice and banana. Further supplements are okay. But in order to take them, the plate has to be in touch with a proper nutritionist guide. Next, breakfast can have items like Chapati/Paratha, all kinds of dals/pulses, curd, rajma, eggs, chana, fruits, and a glass of milk. These are the options for breakfast.

Next, there is a gap of a few hours before practice begins. The player should carry some food and drinks for the practice session as it is a good thing to do so. This is because your body needs a good nutrition intake when you are in the middle of your training session. Options like sports drinks, bananas, dates, dry apricots, and coconut water are a few things you can carry with you for the training time.

Natural coconut water is much better for the players than the packed one. It is easily available in the market nowadays. Besides, the pliers can carry it in their water bottles for an easy mode of transport.

The pre-work-out diet and the dietary intake during the session are important for players. However, it is also important to plan a post-workout diet in a good manner. Once done with their workout, sattu, apples, figs, boiled eggs, are a few things players can eat. Some players take more time to recover after a workout session. If however, you feel like you are taking too much time you should refer to an expert for a better diet plan.

For lunch, rice is a good option. This is because it will not affect players for their evening practice as it gets easily digested. A few more options are green vegetables, beans and potatoes, chicken/mutton, dal, curd, paneer, and salads. Further snacks like nuts, dry fruits, dry fruit laddoos, protein bars, oranges, apples are also good.

For a Kabaddi player, dinner should be light with good carbs in the options. Dinner options include rice, potatoes, salad, dal, chapati, curd & meat.

Kabaddi players have to ensure that they are not eating fast foods and sweets. Granted that the players might be tempted Especially, with online food delivery available in most places in the country. However, such habits will only lead to unsuccessful attempts at being a good player of Kabaddi.

At bedtime, players can take Turmeric milk, walnuts & Rasgulla. Notably, the sugar syrup of Rasgulla is not a very good thing for players. It should be squeezed out by all means.

Lastly, a thing to keep in mind is that everything is good within a limit. Even foods that are good to eat are only good within a limit. Further, workout sessions and dietary intake will work only if taken in a limit that is in sync with what the player’s body needs and can endure.

Carbohydrates- To Fuel: Athletes need carbohydrates and plenty of them! Kabaddi players rely heavily on glycogen stores for energy.

Protein: To Build and Repair: Players need enough protein to stimulate muscle protein synthesis, which is a fancier way of saying to build muscle, and also to repair muscle damage that occurs during training

Fat is Essential in Moderation: Players also need fat, but the good kind. Too much fat (usually the saturated kind) can put players at risk for increased fat mass, which only serves to slow them down and kill performance

Hydration is Key: Dehydration is no joke and something kabaddi players need to take very seriously.

We can conclude that kabaddi players need a very well-planned diet. Without a proper diet plan, a kabaddi player can not perform at his/her best. For tournaments like the PKL, it is even more important for aspiring players to keep a proper plan of their diet from an early stage. Not just before the PKL. this is because there is not a lot of time to get in shape and then train right before the PKl is about to begin. A player who wishes to be good at the PKL has to make sacrifices in his diet. He has to be very strict and follow his diet plan till the end.