What Is The Minimum Age To Play Kabaddi? 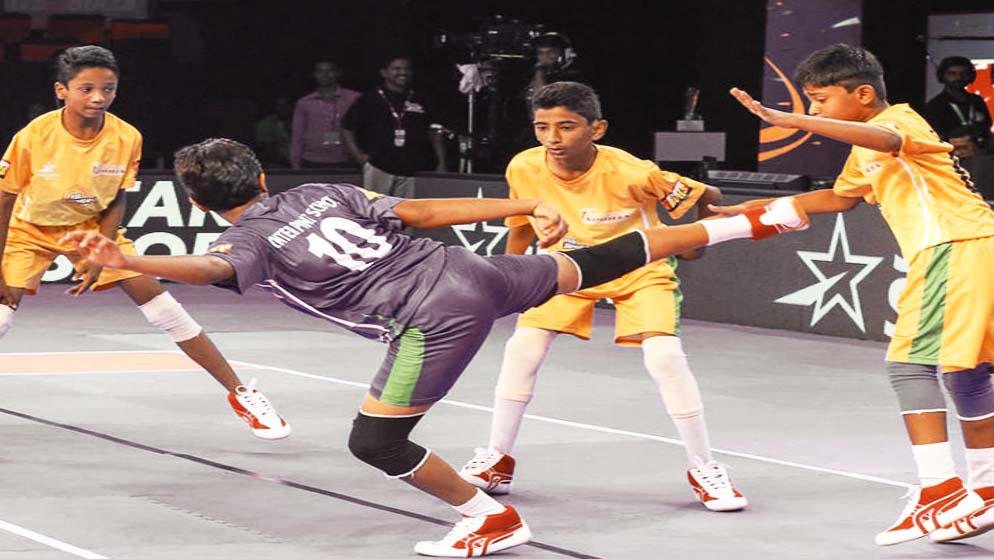 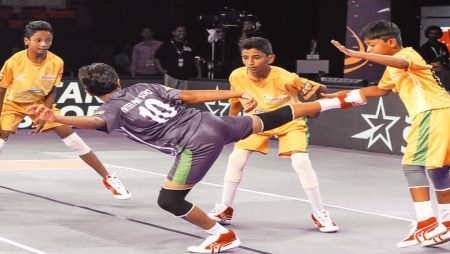 The best age to start playing Kabaddi is 14. A player who starts at 14 has time by his or her side. The player has a year to work hard and thus bring their body to tune with the game’s requirements.

A player can begin playing school-level Kabaddi at 15 posts the one-year training and all the hard work. After school, there are the pre-university nationals as well as the university nationals. In fact, the list goes on further.

However, starting early is not a very big factor in Kabaddi. Besides, even age is not a very huge point even though Kabaddi is a fast-paced game. Indeed Kabaddi needs a player to be swift and have good stamina. Nevertheless, there is data to prove that it’s not just the young ones who are good at Kabaddi.

The table has data on Kabaddi players. There are four groups based on age. Notably, there are two more factors, the Raider Score and the Tackle Score. These are average values for each age group in the table.

From the table above we can say that players in the 25 to 30 as well as the above 3 years category are doing just fine. There is not a lot of difference in the scores of these players and the younger ones.

There are quite a few players who play the Pro Kabaddi League (PKL) and are not very young. This list further details these layers and their roles:

Yes, he really is 46 years old! In fact, Cheralathan has been playing Kabaddi for two decades now. Further, he has been a part of the PKL for every season. In the eighth season, he was the defense for his team. Presently he is the oldest player in the PKL.

Here is another senior pro kabaddi player. In particular, he is a very good right cover and a master in the super tackle. Significantly, he is a very big player and notably, his team won the PKL 8.

This senior pro is in fact the captain of his team! Dabang Delhi has just won the PKL

8 under him! His most successful PKL season is from 2018 with 51 tackle points in 22 matches. Notably, he is the third-oldest player in the league.

Chillar has over 500 points in the PKL. He is also a part of the champion team of the

PKL 8. He is an all-rounder. Consequently, he is a very valuable player for his team.

Ajay Thakur is certainly one of the best players in the league. Notably, at 35 Thakur has a huge 811 points to his name. Besides, he is an attacking player. Hence, He tries to bring his team up when fallen into critical situations. He is the third oldest player in the PKL.

Can I start playing kabaddi when I’m 18 years old?

Yes, 18 is a good age to start playing Kabaddi professionally. This is because of the rules of the Pro Kabaddi League (PKL). The rules in particular have a point that says players should be above 18 in age. So if you are 18 years old you can by all means try for the PKL.

However, the Pro Kabaddi League is a very big league and can be very big and competitive for a start. Thus, it is important for you to be ready for the pressure of the big league. For the national team, you need to be good at the game to be selected. This is because Kabaddi has a big fan base in India. Thus, like cricket, a lot of people try to be Kabaddi players. Hence, it is difficult to break into the national sub-junior team for a start.

Then again there are players who have started late and are quite good at the game now. There are also players as old as 35 to 40 years who are good at the game. Hence, it depends on how much you want to be a Kabaddi player professionally.

Is there a Minimum Age requirement for the National Kabaddi Player?

Presently there are three categories for players to play Kabaddi at the national level under the International Kabaddi Federation (IKF). These are:

Thus, there is no minimum age for playing kabaddi stated by the IKF. However, most people start playing Kabaddi at the age of 14. So, we can say that all in all 14 is the minimum age for the sub-junior level.

At what age must one start playing Kabaddi to get selected in Pro Kabaddi?

The age limit for PKL is 18 years of age. Thus, 14 to 15 is a very good age to start playing Kabaddi. However, as we have seen, age is not a big factor for PKL. In fact, there are quite a few methods a person can take to reach the PKL. These are:

Mashal sports holds and manages the FKH. Furthermore, the age limit is 18 to 22 years. Also, there are two rounds of selection for the FKH. Those who clear both rounds are further trained to improve their skills and be better players.