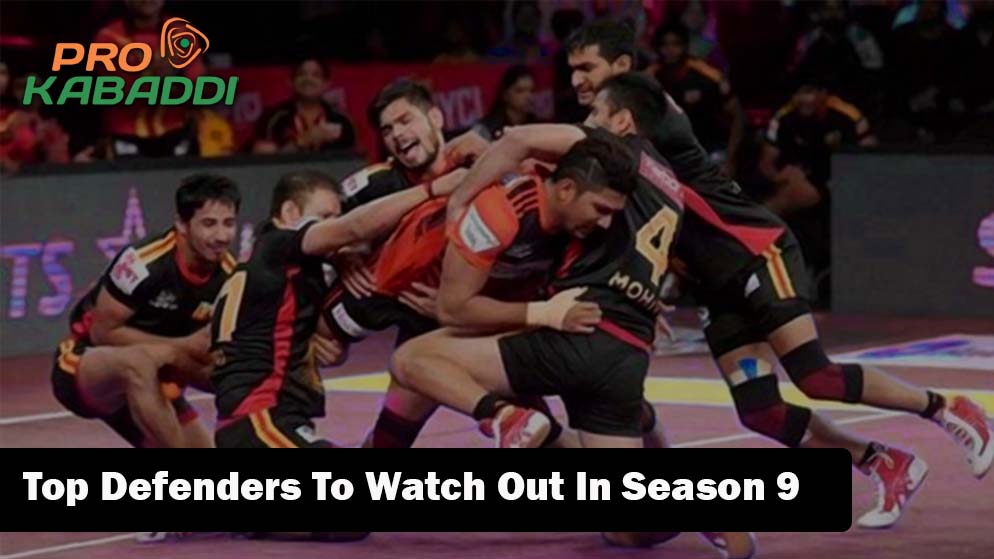 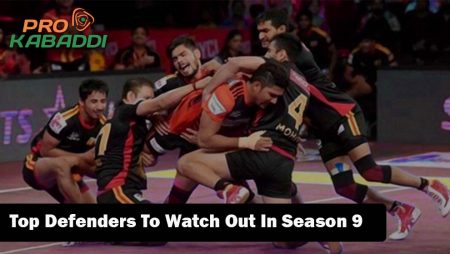 The Vivo Pro Kabaddi Season 9 started on 7th October. The tournament has already delivered quite a promising and high-octane performance for sure. The fans have witnessed close-fought games played between the 12 sides. All the games have been played in jam-packed stadiums.

Meanwhile, as we move toward the business end of the tournament. The world-class defenders are making their mark on the tournament as well. In addition, the top-rated raiders are busy accumulating each crucial point for their team from the tight grip of defenders.

The Pro Kabaddi League always had the best defenders on display. Strong defenders and PKL veterans like Dharmaraj Cheralathan, Bajirao Hegde, Nilesh Shinde, Manjeet Chillar, and many more have stamped their authority in the past.

The Pro Kabaddi Season 9 has some promising names and a few names which made it big last season. The defenders in the Pro Kabaddi league are known for their brute and superhuman strength. And rock-solid ankle hold, defenders make the game of Kabaddi more intense and attractive to watch.

In this article, we look at some of the top defenders from Pro Kabaddi Season 9.

With a career tackle success rate of 50%, Saurabh Nandal will lead the defense of Bengaluru Bulls along with his defensive partner and Captain Mahender Singh. In addition, with two successful campaigns under his bag, he will be looking to improve his performance going forward in the tournament.

The Iranian defender entered the Pro Kabaddi League as an unknown entity. But he quickly made his mark by making the corner spot his own. He easily floored the best raiders in the league and went on to clinch the top defender spot too. Thus, it was an easy decision for his franchise Patna Pirates to retain their best player Chiyaneh for Vivo Pro Kabaddi Season 9.

Subsequently, with the same defensive partners, Chiyaneh would love to repeat his heroics from last season. Although there will be several teams who will be ready to counter him this season.

However, it will be interesting to see how Chiyaneh innovates himself to improve further with more consistent performances.

Jaideep was undoubtedly one of the best-performing youngsters from the Pro Kabaddi Season 8. He played at the left cover for Haryana Steelers and turned the left cover into a mystery for the opposition raiders. In addition, not many attackers were able to handle his strength and tight grip.

Jaideep managed to score 66 tackle points for the Steelers. With five Supertackles and five High 5’s, Jaideep was the best defender for Haryana Steelers in PKL Season 8.  In addition, he was awarded a retention contract by his franchise for his strong performance. Thus, he will look to repeat his past performance and repay the belief shown by Haryana Steelers.

The defensive duo of Sumit and Nitesh Kumar has together stood like a pillar in the UP Yoddhas defense. However, Sumit has been the more aggressive among the two with Nitesh complementing him well.

Sumit started his PKL career with the UP Yoddhas in 2017. He eventually managed to cement his place in the team with consistent performances over the years. With 62 tackle points in the Pro Kabaddi Season 8, Sumit was the fifth-best defender in the tournament. In addition, Sumit will be one of the major factors in UP Yoddha’s pursuit of its first title.

Meanwhile, Sagar scored 82 points in the 22 games that he played last season. He finished just below the Patna Pirates defender Md Chiyaneh. Sagar was also the joint-second and second in the leaderboard in terms of Super Tackles (8) and High 5s (8) respectively.