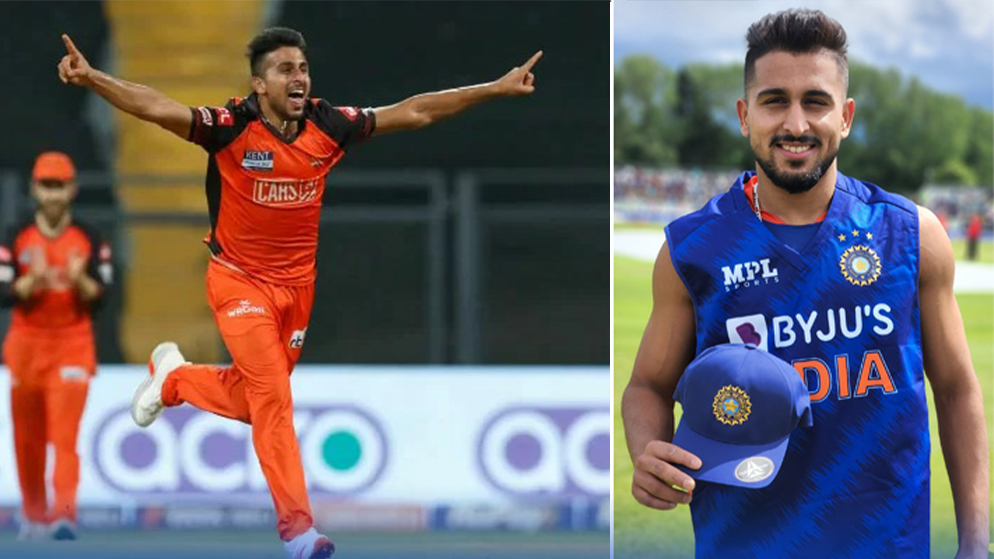 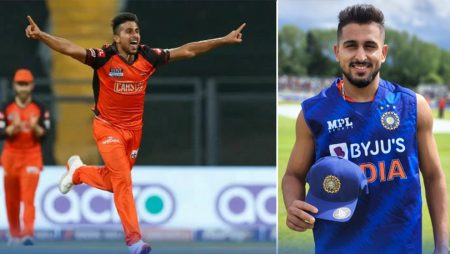 Umran Malik, a speedster from Jammu and Kashmir (J&K) has caught the eye of almost every cricket fan in the world, especially Indian cricket fans. He has been a revelation since the last year of the Indian Premier League 2021 (IPL 14).

He is winning hearts of the cricket fans all around the world and many fans and cricket experts are excited to see more of him.

Umran Malik has a raw pace and is mesmerizing to see for all the fans. He can hurry the batsmen with his pace and is a genuine wicket-taker. The classic example was when he set up the Kolkata Knight Riders (KKR) captain S Iyer with the short ball and then took a wicket on a pacy yorker. How can we forget that spell?

Already, the commentators and former cricketers all around the world are talking about him and his raw pace.

The journey of Umran Malik is very inspiring as he comes from Jammu and Kashmir, where there is not much culture of cricket and facilities are less as compared to the other big states like Mumbai, Delhi, Bengaluru, etc.

When Irfan Pathan was associated with J&K, he always praised Umran Malik and he also said these things while commentating for Star Sports. The pacer did well in the recently concluded IPL and took the limelight.

Sunrisers Hyderabad (SRH) has shown faith in Umran Malik by retaining him instead of Rashid Khan. And the pacer has fulfilled the hopes of the franchise with his outstanding performances in the Indian Premier League 2022 (IPL 15).

The speedster took 22 wickets in the 14 games with an average of 20.18 and a strike rate of 13.40. Umran Malik’s best figures in the IPL 2022 were 5 for 25. The performance came against the table toppers and the champions Gujrat Titans (GT).

SRH used him as an enforcer and he usually bowled in the middle overs. Whenever the captain needs a wicket, he gave the ball to him and he delivered very well for his team.

Umran Malik was the fourth-highest wicket-taker in the IPL 2022.

Umran Malik has been there in the Indian dressing room for a while as a net bowler before his debut and was doing well in the nets. Coaches and support staff praised Umran Malik for his talents.

He is with the Indian team in the last year’s ICC T20 World Cup in UAE and helped the Indian batters to prepare for the match.

Also, there was a news break put that he has clicked 163.7 kmph while bowling in the nets of the Indian team.

Umran Malik was rewarded a place in the Indian team in the five-match series against South Africa (SA) at home.

But he didn’t get a chance in playing XI in the whole series. Maybe because captain Rishab Pant wants continuity in the playing XI. And also he thought it is not the right time for him.

After the SA series, India went to Ireland for a short two-match T20I series against Ireland. Umran Malik finally gets the deserving place in the playing XI in the first game against the Irish at The Village, Dublin.

The first T20I was shortened to 12 overs per side due to rain. Umran Malik only got one over to bowl in that match and his first over went for 14 runs.

He gave 8 runs in the first five balls. But the last ball went for six which made his stats look bad.

In the second game, he got the first wicket of his international career in L Tucker. He also helped India to win a series when he defended 17 runs in the last over against G Dockrell and M Adair.

Umran Malik bowled a very good first two balls which were hard length balls. But he overstepped on the second one and the free hit went for a boundary.

At one stage, Ireland needed 7 runs off the last 2 balls. He bowled a perfect yorker to G Dockrell and he took a single off a bye.

M Adair couldn’t hit the last ball for a six and India won a high-scoring encounter by 4 runs.

The former Indian cricketer and a legend of the game, S Gavaskar has praised Umran Malik’s talent and he is excited to see him on the international circuit.

He also said he only got excited to see only two players in his career. One was S Tendulkar and the other is Umran Malik.

That is a very big compliment for Umran Malik. Hopefully, we can see him in the upcoming ICC T20 World Cup in Australia. And also in test cricket in the future as well.

Now, India will play a one-off test against England and then they have a limited-overs series as well. We might see U Malik playing in that series as well.