Two teams that are favorites to win IPL 2022 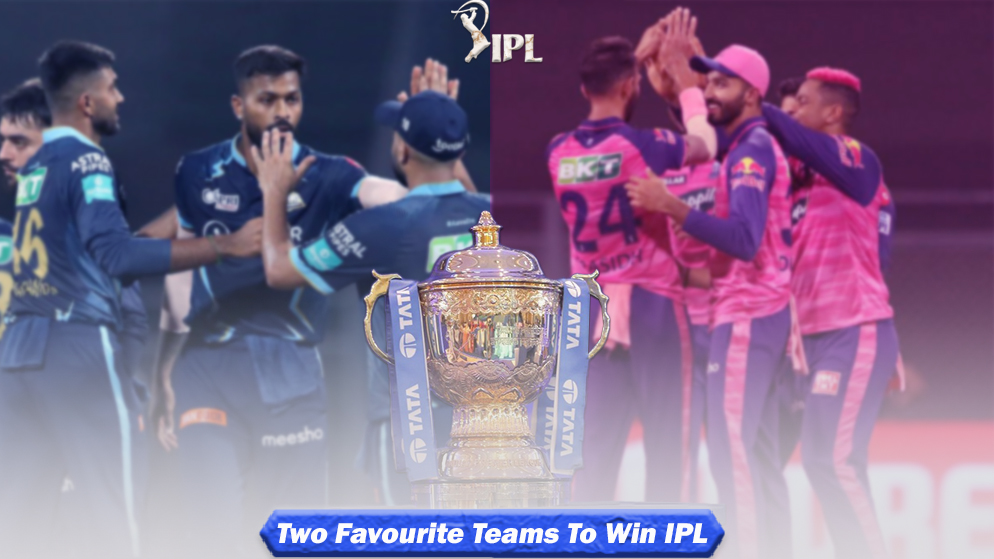 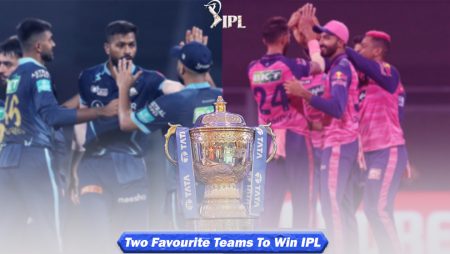 Tata IPL 2022 is getting very exciting as we are heading towards the end of the league stage of the tournament. There were lots of predictions before the start of IPL as well as during the IPL for teams that will qualify for the playoffs. At this point, only one team has made it to the playoffs, and it is debutant Gujrat Titans.

Apart from Gujrat, the teams that have the best chance of qualifying for the playoffs are Rajasthan Royals. The debutants along with Gujrat are Lucknow Super Giants led by KL Rahul, they are having high chances of finishing in the top 2 as well. It will be a battle to watch between Rajasthan and Lucknow to finish in the top two.

RCB, Punjab Kings, and Delhi Capitals have fair chances to finish at the number four spot. Now without any ado, let us see which can be the top two teams that are favorites to win the Tata IPL 2022.

Gujrat Titans and Rajasthan Royals are favorites to win the IPL

Looking at the current form and team combinations, Rajasthan Royals and Gujrat Titans are the top contenders for IPL 2022.

Why Gujarat Titans are favorites to win the IPL 2022?

Gujarat Titans under the leadership of star all-rounder Hardik Pandya has proved all the experts wrong by qualifying for the playoffs. Gujrat has definitely played quality games and has managed to win the crucial games. Here are a few reasons why Gujrat has been doing so well in the tournament:

Under the likes of Shami, Rashid Khan, Loki Ferguson, A. Joseph, and youngsters like Yash and R Sai Kishore have impressed a lot. This bowling attack is capable of making a game at any given score. Do not ever take this bowling line-up for granted.

Coach Gary Kersten, Ashish Nehra, and Captain Hardik have really taken some great decisions, and they worked for GT. Hardik has really taken the responsibilities very well and is looking in great touch. Overall it is a great team effort for GT to reach the top of the tables.

Why Rajasthan Royals are favorites to win IPL 2022?

A team that has a Purple Cap holder and Orange Cap holder in their team cannot be looked down on. Many experts predicted that Rajasthan will do well right after the auction. Sanju Samson has really managed his resources well and players have lived up to his expectations.

The man in the form of his life Jos Buttler has scored 3 hundred in this season. No doubt he deserves the orange cap. Rajasthan Royals have Jos, Sanju, Padikkal, and Jaiswal as their top-order players. Ravichandran Ashwin can also bat and is used as a floater. This really makes Rajasthan Royals a top-heavy batting unit.

The two best Indian spinners currently are in Rajasthan Royals. The purple cap holder Yuzi Chahal and off-spin master Ashwin have really managed to tie batsmen in their spin trap. We cannot forget the contribution of Krishna and Bolt with the new ball.

Rajasthan Royals looks like a team that knows how to deal under pressure. All the key players of Rajasthan have been playing international cricket for a while and know how to play in the elimination rounds. So we can expect them to do well and win the IPL this year.

IPL is one of the best leagues played on this planet. What makes IPL exciting is the quality of cricket that is played here. So it really gets difficult to pick a winner of the tournament at any stage. All the teams in the tournament have great players and have the capability to win the game on their days.

No matter which team wins the IPL it is really important to enjoy the game and support your favorite team. Let us know about your predictions of the top 2 teams to win IPL this year in the comments box.