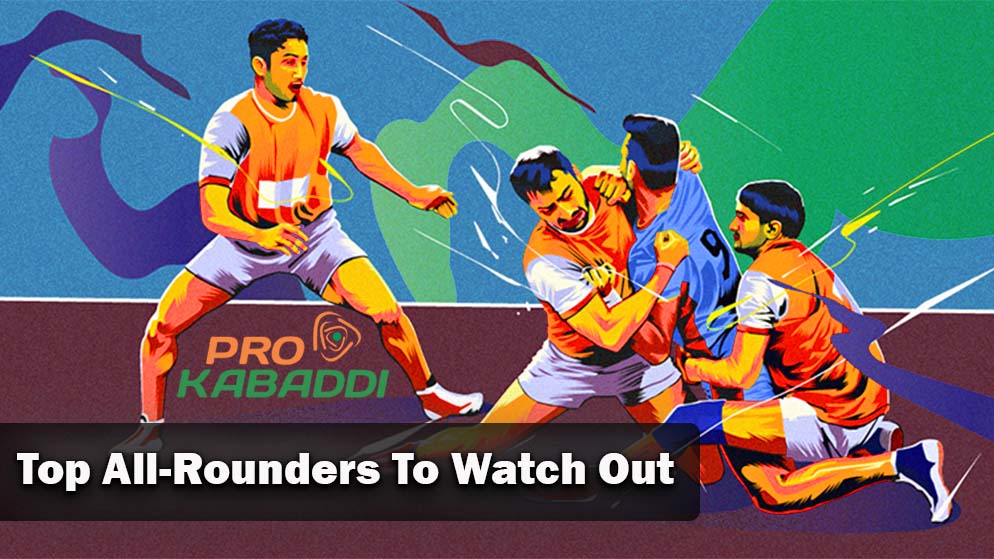 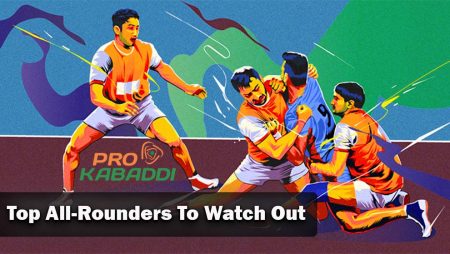 The Pro Kabaddi League season 9 action has already kicked off on October 7, 2022. Till today, 15 matches have already been played in the tournament. Three cities are hosting the tournament this year: Hyderabad, Pune, and Bengaluru.

The all-rounders have played a vital role in every kabaddi team’s success every season. When a player is capable of contributing to offense and defense, he replaces two players on a team.

With the raiders sharpening their attacking skills and defenders looking to stay solid, it is the all-rounders who will have to be on top of their game in both departments. The dual nature and skills of an all-rounder make him the top attraction.

Subsequently, as we progress towards the business end of the Pro Kabaddi season 9, we take a look at some of the best all-rounders in this season.

In the previous season, Vijay was an essential part of the Dabang Delhi K.C. lineup and helped them win the title by consistently performing. With 157 raid points and five tackle points, the reliable all-rounder mostly contributed as a raider.

Vijay had a success rate of 42 percent while raiding and 29% while tackling in Season 8. Despite his 292 raid points overall, it’s worth noting that he has also scored 69 tackle points over the years.

Vijay will aim to improve on his 162 points tally from Vivo Pro Kabaddi Season 8 in this campaign.

There is no doubt that Mohammad Nabibakhsh is one of the best foreign players in vivo Pro Kabaddi. Since joining the Bengal Warriors’ title-winning team in 2019, he has consistently proven his worth.

Both he and his countryman Fazel Atrachilli will hope that their previous experience with their respective teams will assist Puneri Paltan in achieving Vivo Pro Kabaddi success.

Ever since making his debut with Gujarat Giants in Season 5, Rohit Gulia has proven to be a reliable all-round player in vivo Pro Kabaddi. With a 38-point performance in Pro Kabaddi Season 5, he went on to record 61 points in Season 6.

He enjoyed massive success in season 7, where he scored 132 raid points combined with 10 tackle points. However, he didn’t perform at the best of his abilities in season 8 for Haryana Steelers. But he still managed to score 69 points in 15 matches.

Subsequently, he’ll be eager to perform much better in Season 9, with his new franchise the Patna Pirates. Gulia will look to replicate the form he displayed while at Gujarat Giants where he collected 241 points in three seasons as an all-rounder.

Deepak Hooda is a Pro Kabaddi veteran and an Indian Kabaddi legend. He is also one of the few players to have participated in every edition of Vivo PKL since its inaugural 2014 season. The mighty experienced player who can provide both defense and raiding options, Deepak Hooda has shown his brilliance on the Pro Kabaddi mat over the years.

As someone who offers calmness in crunch situations, Deepak Hooda is experienced enough to perform as per the demand of the game. He scored 120 points that include 117 raid points and three tackle points in Pro Kabaddi season 8. But shockingly, he wasn’t retained by his franchise Jaipur Pink Panthers for Pro Kabaddi Season 9.

However, the Bengal Warriors have put faith in Hooda by adding him to their Pro Kabaddi season 9 squad. So far, Hooda has played 140 matches and has scored 973 raid points along with 90 tackle points in his Vivo PKL career.

Nitin Rawal is someone who appears every time his team needs him. The all-rounder has played 59 matches so far in the Vivo Pro Kabaddi for Jaipur Pink Panthers. In those 59 games, Rawal has scored a total of 192 points with the Season 1 champions Haryana Steelers.

Out of his 192 points, 133 are raid points while the rest 59 are tackle points. This trend offers a good indication of how versatile Rawal is in both defense and raid.

Nitin was roped in by Haryana Steelers for Pro Kabaddi Season 9. In addition, it is to be noted that he’s the only all-rounder in the squad. Thus, his performances during the entire campaign will be vital not just for the outcome of his team’s results but also for the overall balance of the squad.