The game of cricket is for Gentlemen; Kabaddi is for Youth. 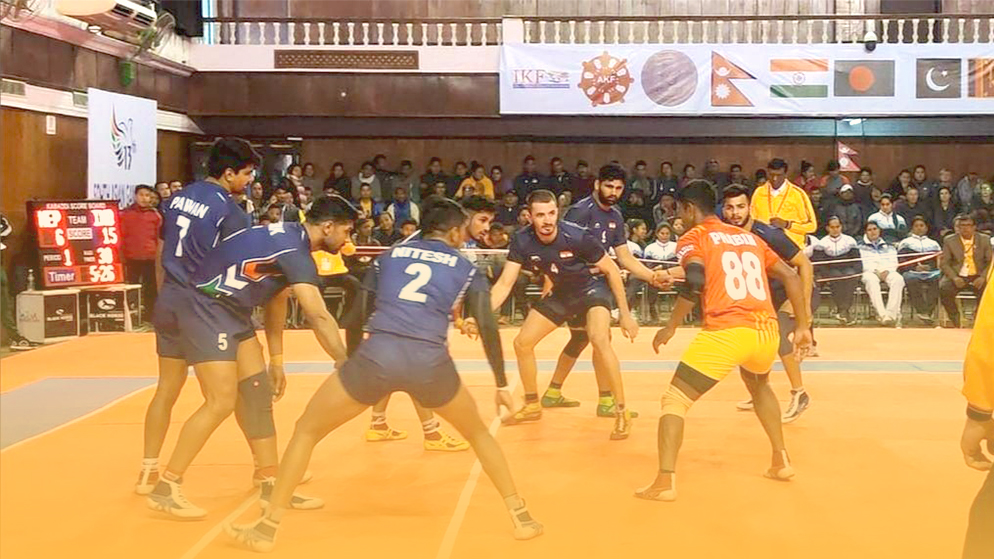 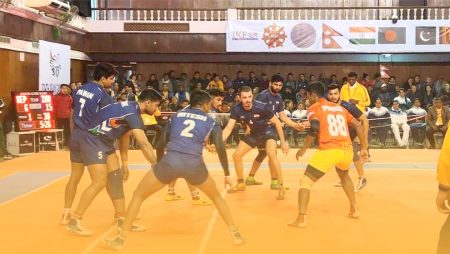 Kabaddi date back to the Vedic period of ancient India. It is India’s very own sport. Lately, Kabaddi has been receiving the much-awaited attention and fanbase that it has deserved forever.

In India, whenever there is a mention of “sports,” cricket is the first name to enter our minds. In many regions, it is as if cricket is synonymous with sports. Cricket was Britain’s gift to us. But as time passed, Indians made cricket their own. Indian cricket is today one of the best. A significant factor contributing to India’s interest in cricket is the 1983 World Cup victory. That victory gave Indians much cheer, and Indian cricket has not looked back.

With India lifting the T20 World Cup in 2007 and the beginning of the franchise-based cricket league, the IPL, the sport’s popularity has received unattainable heights. Other sports organizations have applied the same model. Some have received a fair amount of success, while others are still struggling to gain popularity. One such sport that has been able to transform itself entirely is Kabaddi.

With the arrival of the Pro Kabaddi League in 2014, Kabaddi has not looked back. The franchise-based format that began with eight teams has now expanded to twelve franchises. Since season one, it has received the love and support of fans, with viewership numbers increasing yearly. How much Kabaddi has grown financially is evident from the fact that Rakesh Kumar, season one’s most expensive player, was sold for about ₹12.80 lakh. At the same time, Pardeep Narwal received a bid of ₹1.65 Crores in 2021.

The Dominance of Youth in Kabaddi

As we look at the statistics of the PKL, we can see that age plays a massive factor in the game. Cricket, often regarded as the Gentleman’s game, has enormous value for the experience. Players tend to be in their prime in their late 20s and early 30s. The retiring age is in the late 40s. Also, Kabaddi needs faster, fitter, and more agile players.

Rahul Chaudhari, the poster boy of Indian Kabaddi, had the highest raid points per match. In season one. At that time, his age was around 22-23. Today, when he’s 30, his dip in form is evident from his recent season numbers. He is struggling to keep a raid average of even 5.

Pardeep Narwal, on the other hand, is going strong from season three. He holds the record for the highest total points in the league. His current age is 26. Another youngster that has shone brightly in the past few seasons is Naveen Kumar. In the seventh season, Naveen scored 21 consecutive Super-10s (10 raid points in a match)! He is known for his fitness and agility as he is just 22.

Though experience has value, the young legs and body fetch you more points in the sport of Kabaddi. Not just raiders but even young defenders are making their mark.

At the same time, the veterans such as the 35-year-old Manjeet Chillar and 31-year-old Surjeet Singh cannot perform as per their names. Though Manjeet Chillar is still the top defender in the league, his recent performances have taken a severe hit. In season eight, the 21-year-old Mohammadreza Shadloui Chiyaneh scored a massive 89 tackle points. He also scored 10 High-5s (player picking up five tackle points). The statistics speak for themselves, and young blood has more value than experience in Kabaddi.

No Value of Experience

In cricket, we have seen legends like Sachin Tendulkar, MS Dhoni, and Rahul Dravid in their prime, even in the mid-30s. To do this in Kabaddi is tough. This does not mean that Kabaddi has no value for the experience. One prime example is Manpreet Singh, former captain of the Indian Kabaddi Team. He led Patna Pirates to their first title in season three. He shed 47 kilograms in six months to meet the weight restriction of 85 kg to play in the Pro Kabaddi League.

After one season, he realized that it would be better if he let the young boys play. In 2017, Manpreet Singh became the coach of the new Ahmedabad-based franchise. His team has been a consistent performer ever since, as he uses his tremendous experience to coach the team and lets his young guns do the job for him.

Another way veterans continue to be on the mat is by placing themselves as all-rounders. Players like Rakesh Kumar and Anup Kumar started playing as cover defenders and support raiders towards the end of their careers.

Kabaddi is showing incredible growth and will grow more and more in the coming years. For young people in India, India’s own sport is emerging as a viable career option due to its successful commercialization. With youngsters willing to innovate and try new moves and strategies, the game of Kabaddi is ready for a revolution. Therefore, Kabaddi certainly belongs to the youth.