The first India tour of Zimbabwe in six years is taking place. 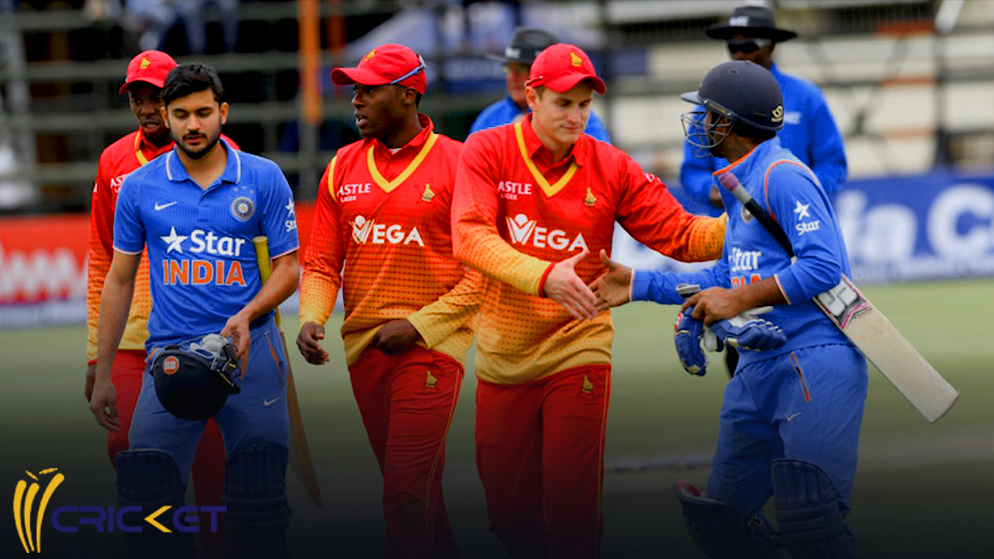 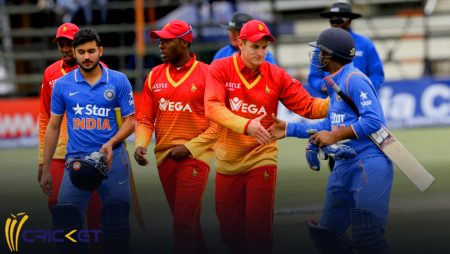 India vs Zimbabwe 2022– In the ODI series against Zimbabwe, Team India will play three matches. The series will kick off on August 18 with the first ODI at Harare Sports Club.

The Indian Cricket Team is touring Zimbabwe after a gap of 6 years. When India toured Zimbabwe last time, MS Dhoni was the captain.

The competitive T20I series in 2016 (India vs Zimbabwe)

India won the three-match ODI series convincingly by 3-0. It was the T20I series in which Zimbabwe gave a fight to the Indian team. Zimbabwe managed to win the first T20I by 2 runs. N Madziva defended less than 8 runs in the last over against the likes of MS Dhoni and A Patel.

India made a strong comeback in the second T20I, thrashing Zimbabwe by 10 wickets. India restricted Zimbabwe to just 99 runs and chased down the target in 13.1 overs.

The last T20I also went to the wire as India won that game by just 3 runs.(India vs Zimbabwe)

Zimbabwe restricted India to 138 with K Jadhav being the highest run scorer in the inning. He made 58 off 42 balls with 7 fours and a six. A Patel also played an important cameo of 20 off 11 balls in the end. D Tiripano took 3 wickets in the inning.

When Zimbabwe came out to chase the target, they lost an early wicket in C Chibhabha. After that V Sibanda and H Masakadza made a 40-run partnership for the 2nd wicket.

V Sibanda, P Moor, E Chigumbura, and T Maruma all played small cameos. No one goes big in the inning. Zimbabwe, with the help of these cameos, managed to score 135.

B Sran held his nerves in the last over and got India over the line.

Harare Sports Club, Harare, was the venue for all matches. It was a series of some of the new players like KL Rahul, Y Chahal, etc. It was a debut series for both of them.

It was a great opportunity for some of the youngsters and some of the players has done well. Now we can see J Bumrah, Y Chahal, and A Patel playing for India regularly.

Also, KL Rahul has done well in that series. He also scored a century on his ODI debut.

Before that, India also toured Zimbabwe in 2013 for the five-match ODI series. V Kohli was the captain in that series. India won that series by 5-0.

Now, again India will tour Zimbabwe for the three-match ODI series. It is the first time after six years India will toured Zimbabwe. (India vs Zimbabwe)

Also, it will be a great opportunity for some of the youngsters like D Hooda, Arshdeep Singh, U Malik, Avesh Khan, etc to showcase their talent.

They will be rewarded a place in the side after their outstanding performances in the IPL (Indian Premier League) and in domestic cricket.

It is likely that India’s second-string team will tour Zimbabwe for the three-match ODI series. Only those players who play only limited overs format like SK Yadav, I Kishan, etc will be in the squad.

It will be an opportunity for the management to test the bench strength.

India is currently playing a three-match ODI series in West Indies (WI). After that, there will a five-match T20I series starting on July 29 at Brian Lara Stadium, Trinidad.

Team India will finish the tour of the West Indies on August 07 when they play the last T20I. The last T20I will be played at Central Broward Regional Park Stadium Turf Ground, Lauderhill, Florida. (India vs Zimbabwe)

After that, India will fly to Zimbabwe for the series. The first ODI will start on August 18. Followed by the first ODI, the next two ODIs will be played on August 20 and 22.

All the matches will be played at Harare Sports Club, Harare.

Fringe players in the squad

Some of the fringe players will also tour Zimbabwe. These players are-

These are the few players who might tour Zimbabwe for the three-match ODI series. They are not sure shot, but you can get the basic idea of what a squad will look like in the Zimbabwe series. (India vs Zimbabwe)

Will V Kohli play in the Zimbabwe series?

Some reports suggest that the selectors of the Indian team want V Kohli to play those three ODIs in Zimbabwe to regain his lost form.

There is no official confirmation that V Kohli will play in the Zimbabwe series. But if he goes to Zimbabwe, it will be a chance for him to regain his form. (India vs Zimbabwe)

The Zimbabwe series will also be an audition for some of the youngsters to get their place in the WC.

We have to wait and see what will be the squad in the Zimbabwe series.

Till then, keep following us for the latest sports-related updates.