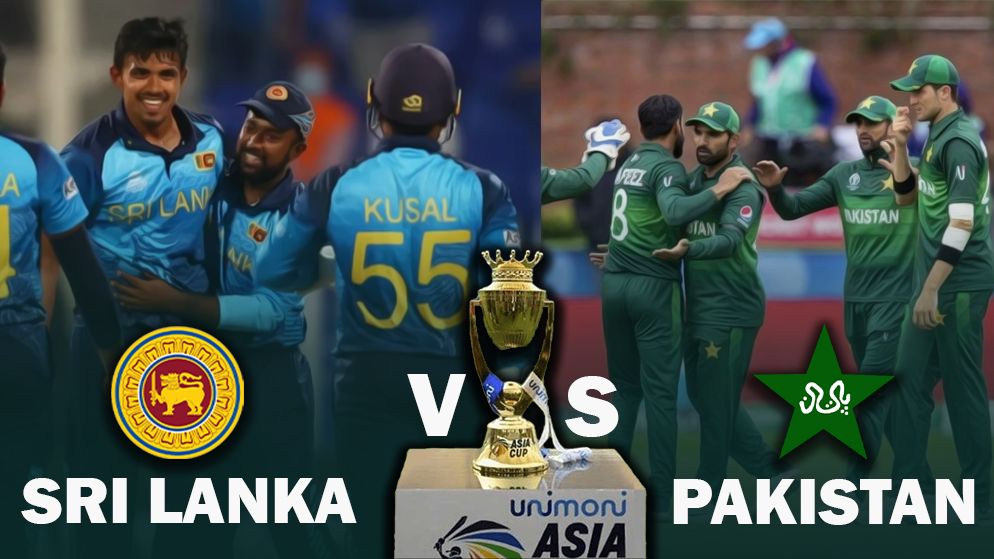 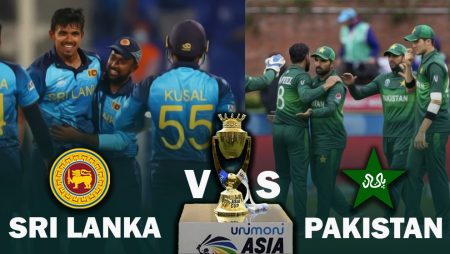 The Asia Cup 2022 final is set to take place at the Dubai International Cricket Stadium on Sunday, September 11. There will be a Pakistan vs Sri Lanka final this time around. The two teams so far have a 100% winning record in the group stages of Asia Cup 2022.

Sri Lanka too must be carrying plenty of confidence after beating the defending champions India in their latest Super 4 match. India scored 173/8 in their 20 overs and Sri Lanka chased it down by 6 wickets in the final over of the match.

So, as per the points table, the Asia Cup 2022 will see a Pakistan vs Sri Lanka final on Sunday, September 11.

Both Pakistan and Sri Lanka are the two powerhouses of world cricket. But Sri Lankan cricket has seen a sharp decline in the past few years. Nevertheless, Asia Cup 2022 has witnessed a young and fierce Sri Lankan team beating all the odds and has exceeded the expectations of its fans.

Pakistan and Sri Lanka have played 21 T20I matches to date. Pakistan has a slight edge over their Asian rivals, having won 13 T20Is, while Sri Lanka has won 8 T20Is. Against Sri Lanka, Shoaib Malik is the highest run scorer for Pakistan with 397 runs. While Shahid Afridi and Saeed Ajmal are the joint highest wicket-takers for Pakistan.

But the last 5 T20I games have tilted slightly in Sri Lanka’s favor, as they have won 3 out of 5 games against Pakistan. However, in the UAE, Pakistan has beaten Sri Lanka four times in the past five encounters.

Predictions for the Pakistan Vs Sri Lanka Asia Cup Final

It is always tough to predict the outcome of a T20I game, as it is a format of uncertainties. Toss has played a huge role in deciding the outcome of the game. Teams bowling first have won every game of the tournament. The only exception has been Hong Kong, which lost against India while chasing earlier in the tournament.

Both teams would certainly look to bowl first and chase later, as batting becomes easier as the day progresses. Pakistan, however, will have an upper hand over Sri Lanka, thanks to its strong bowling lineup and fierce batting. They have also looked like a more balanced side with different match winners coming up in every match of the tournament.

Both teams have their sets of match-winning players who can take the game away from the opposition any day. For Pakistan, opener Mohammad Rizwan is in the form of his life. He has top scored for Pakistan in the Asia Cup and has given Pakistan a great start with the bat in every match.

For Sri Lanka, skipper Dasun Shanaka has been in the form of his life. He has finished a couple of close matches, and Sri Lanka will have high hopes for him in the finals as well. He along with Bhanuka Rajapaksa is the most fierce batter in the Sri Lankan lineup that Pakistan needs to be aware of.

In the bowling department, left-arm pacer Dilshan Madhushanka has been a great find for Sri Lanka. He has taken six wickets in four matches so far at an average of 16.17. Along with Wanindu Hasaranga, who had a silent Asia Cup 2022 to date, the young Sri Lankan team has nothing to lose and will go all out against the strong Pakistani line-up.