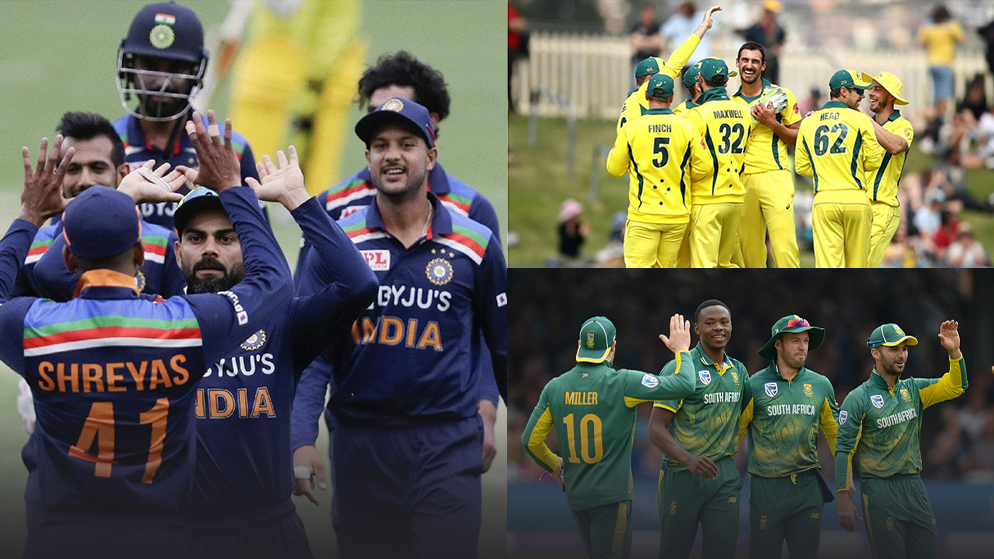 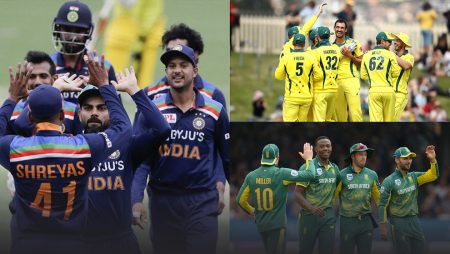 Ahead of the mega event ICC T20 World Cup 2022 in Australia, The Board of Control for Cricket in India (BCCI) announced the schedule for Team India for the Paytm home series against Australia and South Africa.

Before the T20 World Cup 2022, Team India will host Australia and South Africa for a white ball series. The main purpose of the series is to get as many games as possible before the WC. It will help Team India to get game time and enough practice against the top teams in the world.

The BCCI president Saurav Ganguly told the media- “We will host SA and Australia for three T20Is each before going to the T20 World Cup. South Africa will come to India after concluding their ongoing England tour (in September). All those venues which didn’t get to stage a game against SA- Ranchi, Nagpur, Hyderabad, Lucknow, Indore, and Mohali will host T20Is against SA and Australia.

Team India will also play a three-match T20I series against South Africa as well. The series will start on September 28 with the first T20I.

Followed by the first T20I, the next two games will happen on October 02 and 04 at Guwahati and Indore.

Team India will also play a three-match ODI series against South Africa (SA) starting on October 06 at Lucknow. The next two games will be played at Ranchi and Delhi on October 09 and 11.

SA last toured India for an ODI series in 2015. AB de Villiers-led side won that series by 3-2 in the last game. He himself made 3 centuries and becomes the man of the match.

After that series, SA also toured India in March 2020 for a three-match ODI series. But the first game at Dharmshala was abandoned due to persistent rain. The next two games were postponed due to the sudden COVID outbreak. The South African team leaves the tour in the middle.

The Proteas recently toured India for a five-match T20I series which ended in a draw with the last scoreline of 2-2. South Africa won the first two games and then India made a strong comeback in the next two. They level the series 2-2 with the last T20I being washed out due to rain.

It will be a great opportunity for the team management to try some new things and different combinations before the ICC T20 WC 2022.

Also, Team India will play South Africa in the league stages in the WC. So it is a good chance for them to know how the SA T20I team approaches and how they play. It will give them a chance to analyze the game plan against them before the WC.

Team India will start their ICC World T20 campaign against their arch-rival Pakistan on October 23 at Melbourne Cricket Ground, Melbourne.

Squad for both the T20I series

It is likely that a full-strength Indian team will play against SA and Australia as Team India will look to shorten the pool of players and keep the main players a proper game time. Also, the selectors of the Indian Cricket team said that no big player will be rested after the Zimbabwe series.

Team India will play a three-match ODI series against Zimbabwe starting on August 17 at Harare. After that, the team will play Asia Cup in UAE in a T20 format, for which the team has already been selected.

There might be a possibility that a second-string team will play against SA ODIs.

J Bumrah and H Patel will be back in the squad as soon as they get fit.

Team India will try different combinations and go with a different approach as Captain R Sharma talked about. So that when they go to Australia for the World Cup, they will be well prepared.

India’s last T20I WC in UAE was not up to their standard as they lost both the starting games against Pakistan and New Zealand (NZ). In fact, it was the first time that India lost to Pakistan in any World Cup game.

They will look to rectify their mistakes and wants to perform well in the upcoming T20 WC. India has a very good team with a proper balance in the team. Let’s see how this home series goes.