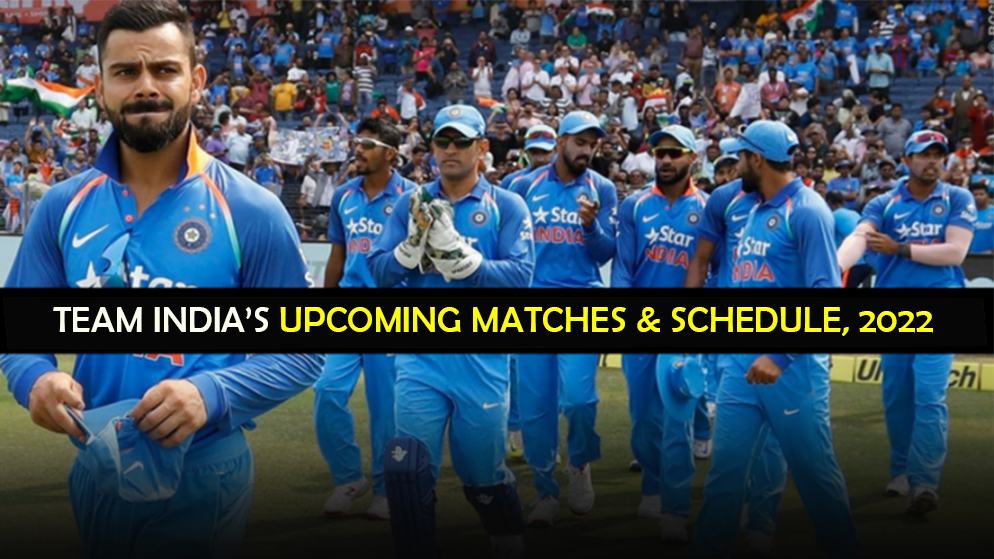 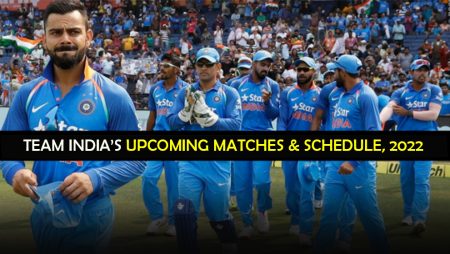 India Upcoming Matches- Team India is set to have a busy schedule till the next ICC T20 WC in Australia as we will discuss the upcoming matches series and the schedule of the team.

The Indian Cricket Team right now is playing a five-match T20I series against South Africa (SA) at home. They are behind in the series with Proteas leading the series by 2-1 after the first three matches.

Some of the big names are missing in this series from both sides. India has rested regular Captain R Sharma, V Kohli, and J Bumrah to be prepared for the England tour.

However, the team will not be able to select SK Yadav due to his injury.

South Africa also has some injury issues and A Markram is found COVID positive before the start of the series. He will not be able to take part in the last two games even if he recovered from the infection. (India Upcoming Matches)

Quinton de Kock, a wicketkeeper batter who is an integral part of the team is ruled out due to injury after playing the first game.

Workload Management of the players

In the very busy schedule of Team India, they have to make sure to keep their players fresh and manage their workload accordingly.

There is an ICC T20 World Cup coming in October-November in Australia. India will hope that every best player will be available for the selection in the WC and there will be no injury concerns, especially in a stage like World Cup.

How they can manage the workload of the players?

Indian team can manage its player’s workload by giving them proper rest and playing them in the series which are more important.

Just like the current series against South Africa, they gave rest to some of the big names so that they can feature in the England Test. (India Upcoming Matches)

The workload of fast bowlers is more important as the injury are more frequent in fast bowlers.

India has a very potent group of fast bowlers. They can give rest to some of the big pacers like J Bumrah, M Shami, etc, and give chance to other bowlers.

It will help the team to give ample time to those main bowlers and also it is an opportunity for some of the new bowlers who have done well.

India will play two T20Is against Ireland in which most of the main players will not be available and only those players who will not be in England will be there.

India will next play a one-off test against England on July 1. It is the remaining test that didn’t happen last year due to the COVID situation.

But it will not be easy for them as England has just won the two-match test series against the world champions New Zealand (NZ).

They won both the matches in the fourth inning while chasing a big total and won after being down in most parts of the tests.

The Stokes-McCullum era has begun and they will be eager to draw the series when India comes to England.

After the test, India will play 3 T20Is and 3 ODIs starting from July 07 with a T20I series at Southampton.

Following the first T20I, the next games will be on July 09 and 10 at Birmingham and Nottingham.

The ODI series will commence on July 12 at The Oval followed by July 14 and 17.

After England, India will play a three-match ODI series. And a five-match T20I series against West Indies (WI) starting on 22 July.

Team India will have a great opportunity to prepare for the T20 WC against a team that is a force in T20 cricket.

After that series, there will be an ICC T20 World Cup in October-November in Australia.

In the WC, they will start their campaign against the arch-rival Pakistan on October 23 in Melbourne.

The next game will be against a team that is less powerful and comes from a qualifier round.

India will play against South Africa on October 30 in Perth and against Bangladesh on November 02 at Adelaide.

The last game of team India in the league stage will also be against the team who qualified after winning in the qualifiers on November 06 at Melbourne.

So, we can see there is a lot of cricket coming up. And the Indian team will be busy playing till the WC. It is good for the Indian team fans as they will be able to see their team playing.

There are so many matches and series’ after the WC as well and we will discuss them in future articles.

Thank you for reading the article and keep following us for the latest sports-related updates.