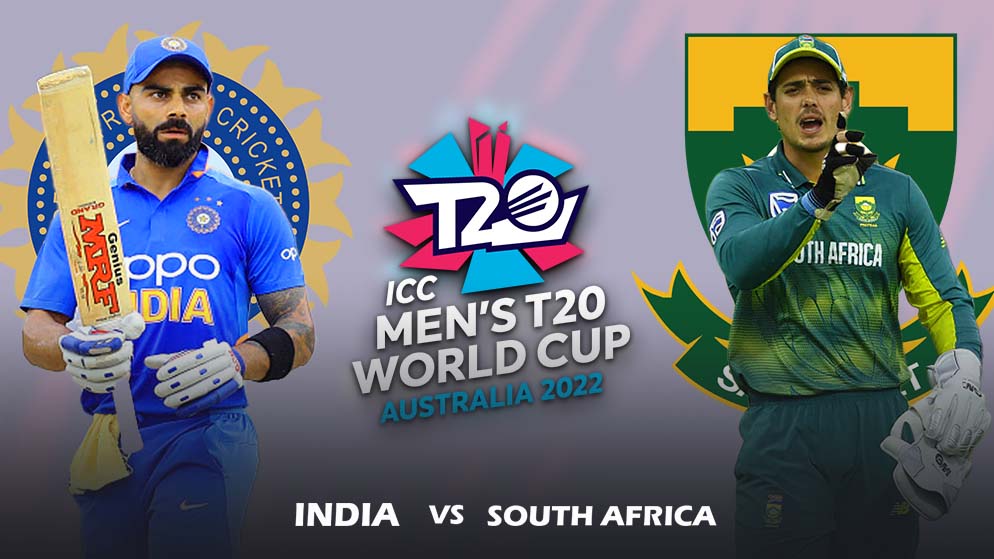 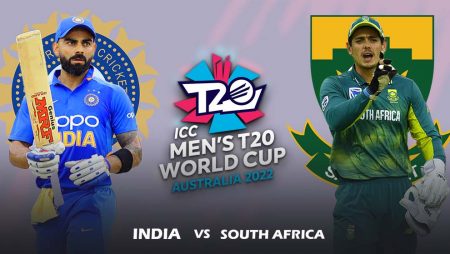 ICC T20 World Cup 2022– South Africa, ICC events and rain is a better love story than Twilight. Such is the case again in the first game of the Proteas against Zimbabwe.

Zimbabwe won the toss and elected to bat first. Before the game, the rain interrupted and we had a long wait till the game resumes. Finally, the game resumes and it was a 9 over per side affair due to rain.

Zimbabwe were in trouble when they lost 4 wickets for just 19 runs. Then, Madhevere and M Shumba go well for their 60 runs stand for the 5th wicket. They managed to score 79 on the board in their 9 overs.

When South Africa came out to chase the target, Quinton de Kock started hitting from ball one. He scored 23 off the first over with 4 fours and a six.

Just after 7 balls, the rain came again and we lost 2 more overs. Now the target for South Africa is 64 in 7 overs. Still, SA were favorites to win and Q de Kock started getting boundaries here and there again.

But in the end, rain has the last laugh and South Africa were denied those two points. They only need 13 runs in 4 overs. But they had to share points with Zimbabwe.

We hope that it will not cost South Africa a berth in the semis. Last year as well, they were out of the tournament with the net run rate despite playing outstanding cricket.

Team India on the other hand has lots of positives to look for. They won their opening game against the arch rivals Pakistan in an emphatic way in the opening game of the ICC T20 World Cup 2022.

V Kohli again showed why he is one of the best in the world. He played a gem of an inning of 82 off 53 balls. In the post match interview, he said it’s his best T20 inning by far because of the magnitude of the game.

When the target looks hard to achieve, V Kohli took on H Rauf on the last two balls of the penultimate over and hit two sixes.

M Nawaz had 16 runs to defend but it was India’s day. And he bowled everything in that over from no ball to wide. India won the game in the end.

Before that, Arshdeep Singh got India off to a great start by getting both the Pakistani openers for not much. I Ahmed and S Masood scored the fifties and in the end, Pakistan were able to score 159 runs on the board.

Pakistan pacers were relentless with their line and lengths with the new ball. India were 31 for 4 when H Pandya and V Kohli put on a match-winning 113 runs stand for the 5th wicket.

Now, India and South Africa will lock horns on October 30 at Perth Stadium. Both have very good teams and it will be an interesting battle to see. Especially for SA, they will have to win at least 3 games so that they will be in a race for the semi-finals. And their two games will be against India and Pakistan. Also, you cant take Bangladesh lightly.

India, on the other hand just has to win 3 more games and their opposition is relatively easier except South Africa.

India won 4 out of 5 games in the T20 World Cup. South Africa only managed to win one game.

The former Indian captain showed again why he is the best batsman in the world right now. V Kohli is very crucial to India’s success in the ICC T20 World Cup 2022. He will be eager to continue his form against the Netherlands.

The wicketkeeper batter always plays a big role in giving a fine start to the Proteas. Indian bowlers should be aware of his threat.

Miller is in fine form recently. He has won games for the team when the team needs him the most. His ability to win games in a tough situation is outstanding. D Miller is important for South Africa against India.