SWOT Analysis Of Mumbai Indians (MI) For The IPL 2023 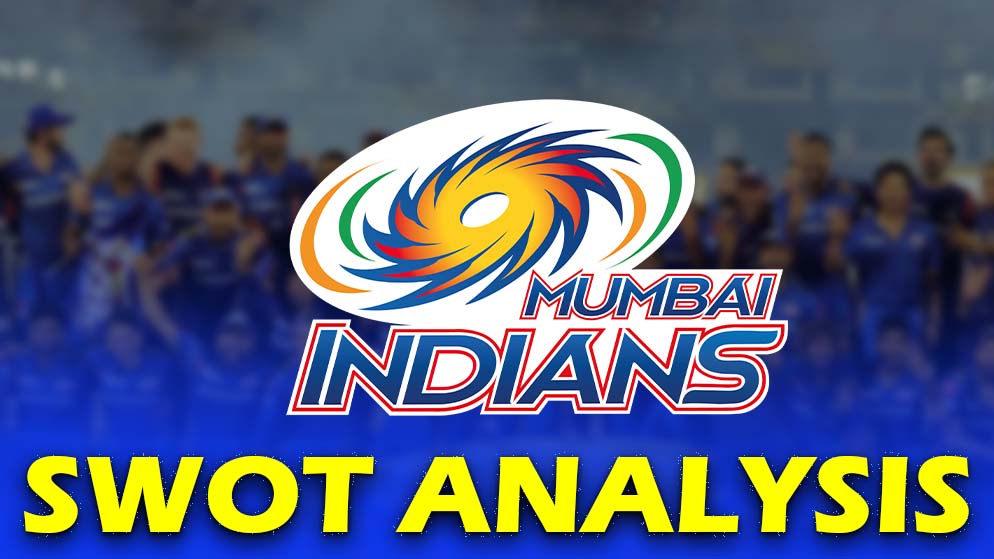 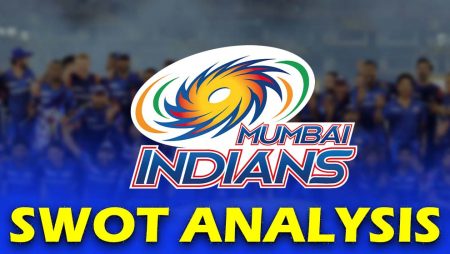 Mumbai Indians (MI) are the most successful franchise in the history of the Indian Premier League (IPL) history. They have won the IPL title 5 times under the leadership of Rohit Sharma.

The starting of winning the IPL trophy started in 2013 when R Sharma was made the captain of the team for the first time. R Ponting leave the captaincy in the middle of the tournament and Rohit S was given the reins of captaincy.

MI’s achievement in the IPL

Mumbai Indians were blessed with some of the big players in the team like K Pollard, H Pandya, K Pandya, etc who are the match winners and can win games on a given day. But last year, they finished last in the points table with only 4 wins in 14 games. Their net run rate (NRR) was -0.506 in the IPL 2022.

It was a horrible season for a team like Mumbai Indians. And for any team for that matter, finishing last in the points table with that kind of performance is not good for any team.

But this time around, they have taken some good calls in the IPL 2023 mini-auction. They have J Archer in his squad and they have banked on the Australian all-rounder C Green. MI bought C Green for a whopping Rs. 17.50 crores.

Other than this, they have J Richardson, J Behrendorff, etc in the bowling department. And the core group of R Sharma, SK Yadav, I Kishan, etc is already there in the squad.

Today, we will do the SWOT analysis of the Mumbai Indians for the IPL 2023. Let’s see all the things in detail.

SWOT analysis of Mumbai Indians for the IPL 2023:-

Mumbai Indians are one of the successful franchises because they trust their process. Their way of conducting the players is outstanding.

This time also, they have picked a strong squad with some the fine players in the team. In the batting department, they have captain R Sharma, SK Yadav, and I Kishan in the squad with some of the local and international youngsters like T Stubbs, D Brevis, T Varma, etc.

Other than this, they have a fine new young sensation, C Green, in the squad who can win you games both with bat and ball.

Coming to their bowling, they have a very potent bowling lineup with the likes of J Bumrah, J Archer, J Behrendorff, J Richardson, etc They have some local quality spinners as well.

All n all, they have a very good balance between bat and ball in the squad.

One of the biggest weaknesses of Mumbai Indians is the lack of hard hitters in the middle order. They need someone like K Pollard and H Pandya who can win games for them when the chips are down. They used to have these kinds of players but after they released them, they haven’t found someone in the lower middle order.

MI does have T Stubbs and D Brevis, but only 4 overseas players allowed in the XI make the selection difficult for the team. They need to have some hard hitters on the team.

This is the opportunity for the Mumbai Indians to redeem themselves from the IPL 2022 and show the world who they are. There is a reason why they are the most successful franchise in IPL history.

They will have an opportunity to test the new core of the group and try to win their sixth IPL title in the IPL 2023.

Mumbai Indians are the slow starters in the tournament. We have seen before as well that they lost the starting games and then came back from behind. But this will not happen every time.

Also, there are some expectations from the MI fans as they set their standards very high. They won’t have to take too much pressure off the expectation and try to play freely.

MI is a big team and they know how to deal with this. They have been there and done it before. Let’s see how Mumbai Indians do in the IPL 2023.