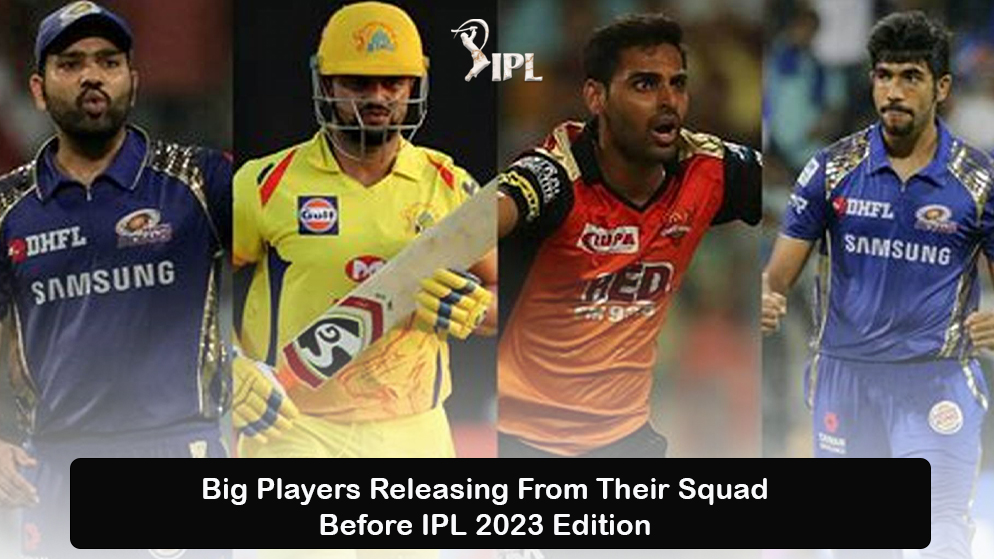 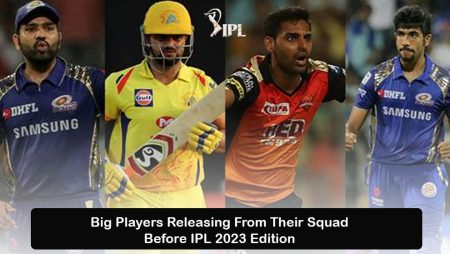 IPL 2023 News– The 15th edition of the Indian Premier League (IPL) 2022 is almost done with only a few league stage games left before the playoffs.

The fight for the No. 4 spot is between Delhi Capitals (DC) and Royal Challengers Bangalore (RCB). All the eyes will be on the clash between DC and MI. If DC wins, they will be in for the playoffs. But if they lost, RCB will go with 16 points.

The next edition of the Indian Premier League (IPL 2023) is one year away but today we will be discussing some of the big players who can be released from the squad in the next year.

Those players could be :

There is nothing going on in favor of Chennai Super Kings (CSK). From qualification to A Rayudu’s tweet to R Jadeja’s injury.

R Jadeja was given a captaincy role so that the franchise can groom the next captain for the future. But after the bad performance of the team, he decided to give up the captaincy role and gave it back to MS Dhoni.

After a few games after leaving the captaincy, he injured his left elbow and was ruled out of the IPL 2022.

Now, some reports suggest that he will not be retained for the next year’s IPL in the CSK. Although there is a statement from the CSK camp member that he will be a part of the franchise, there is something wrong with him and CSK.

R Jadeja’s performance was average this season. He gives the captaincy to focus on his game. All-rounder has only scored 116 runs in 10 games with an average of just 19 and a strike rate of 118.

There is the possibility that he will be released from the team for the next year.

The West Indian stalwart has been phenomenal for Mumbai Indians (MI) for so many years.

But now is the time the franchise has to look for the future and try to groom another finisher who can do the job for MI.

With Pandya’s brothers not in the team and K Pollard’s bad form, MI didn’t have the finishers to do the job in the death overs.

We haven’t seen the vintage K Pollard this year and it is one of the many reasons for MI’s failure this year.

The MI franchise has shown faith in him and bought him for a whopping price of 15.25 crore.

His performance has not been up to the standard as he scored 370 runs in 13 games with an average of 30.83 and a strike rate of 118. His highest score is 81 not out in this tournament.

Mumbai Indians can release him from the squad and buy him again at a less price next year. There is a possibility of this happening.

He is one of the main bowlers for CSK and a wicket-taker as well, especially in the powerplay.

Just like Ishan Kishan, he can be released from the squad and will be brought back in by CSK in a lesser amount.

The Australian has done a decent job in this IPL for MI. But MI has already bought J Archer for the next year’s IPL which makes his chances a little lesser in playing XI.

J Archer is a runaway match-winner and everyone wants to see the duo of J Bumrah and J Archer.

The left-arm pacer has also done well in the starting few games for RCB when J Hazelwood was not available.

But RCB would look for another option in the next year’s mini-auction and try to bring in another pacer who can be better than D Willy.

A bit shocking, but New Zealand captain K Williamson is also on the list. SRH has retained him instead of R Khan and paid the price for it. (IPL 2023 News)

Williamson has not been in great touch this season. SRH is also out of the qualification for the Top 4.

SRH will look for other options for the captaincy role and also expect runs from them as well.

The New Zealand all-rounder has not had many chances to show his talent for Rajasthan Royals (RR). But the franchise has other options to look for next year in the auction table. (IPL 2023 News)

When S Hetmyer will be back, his place is not there in the team as the West Indian has been doing an outstanding job as a finisher this year for RR.

He has a reputation as a gun death bowler in a T20 circuit but has not been up to his standard for quite a few years in the IPL. CSK will look to release him from the squad and will go for other bowlers like M Wood, et, who was used to be a part of the franchise.

A Finch will be the last player on the list. He has played for so many franchises but hasn’t really settled in any of the teams as every team releases him after one year of persistence. (IPL 2023 News)

He hasn’t performed well in the league as he has done for Australia. KKR brings him into the squad because A Hales, the England right-handed batsman pulled out of the tournament.

Let’s see how the IPL 2023 auctions work out. There is a lot of time in the next year’s IPL.

Till then, keep reading the articles and follow for the latest sports-related updates.