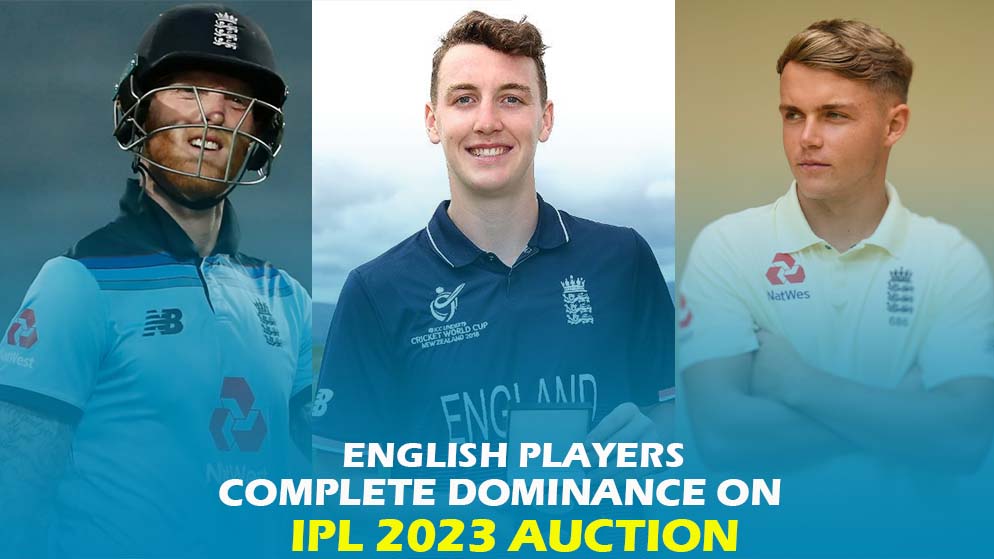 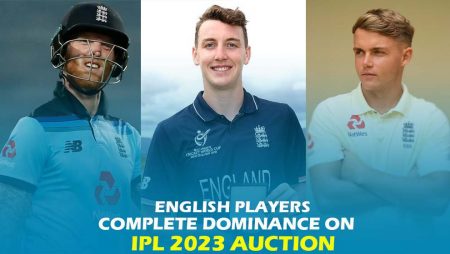 The IPL 2023 auction was held in Kochi on 23 December 2023. Team owners spent a lot of money targeting players to complete their squads. Teams spent a total of Rs 167 crore in the auction. The total number of players sold was 80, with 29 of them being foreign players.

In the IPL 16th season auction, the English players, in particular, were sold at surprisingly high amounts. The franchises broke all records and spent a lot of money on English players. Three England players shared approximately 48 crores of the total in the IPL 2023 auction.

England’s white-ball revolution is the reason for the shift of game-play in T20Is. Rather than relying on individual performances, players with different skills and roles work together to form a team that functions together. Data and analytics have revolutionized their white-ball game to the point where they seem to be writing the rules from scratch.

Indian Premier League (IPL), also known as TATA IPL due to its sponsorship, comes annually by ten teams from seven Indian cities and three Indian states. Founded in 2007, the league comes under the Board of Control for Cricket in India (BCCI). Brijesh Patel is the current chairman of IPL.

Among all sports leagues, the IPL ranks sixth by average attendance in 2014, the most-attended cricket league in the world. IPL is the world’s first sporting event to broadcast live on YouTube in 2010.

Franchises broke the bank on all-rounders at the IPL 2023 mini-auction in Kochi. English cricketers Sam Curran, Harry Brook, and Ben Stokes emerged as the most expensive players in the latest IPL auction.

Curran, with a base price of Rs. 2 crores, ignited the Tata IPL 2023 auction quickly. Within 10 seconds, Mumbai Indians and Royal Challengers Bangalore were bidding on him. In minutes, his bidding price reached a whopping INR 18.5 crore as Punjab Kings.

Curran’s performance helped England win the T20 World Cup 2022. He took 13 wickets, second most, and was named Player of the Tournament. So far, he has played 32 matches in the IPL and picked up 32 wickets, and scored 337 runs.

Apart from Sam Curran, his senior compatriot and one of the top all-rounders in the world Ben Stokes goes to the Chennai Super Kings for a whopping ₹16.25 crore. Stokes was part of the Rajasthan Royal in the IPL.

He was bought by Rising Pune Supergiants earlier in 20217 for Rs 14.5 crore. He may have been the goal of CSK management since they saw a potential future captain for the team. Stokes shared the dressing room with MS Dhoni back in 2017. They both played for the Rising Pune Supergiant, and now, six years later, they will both be playing for the same team.

England’s highly-talented young batter Harry Brook was the subject of a bidding battle. The Sunrisers Hyderabad, Rajasthan Royals, and Royal Challengers Bangalore (RCB) were the participants in the tussle.

Brook, who set his base price at ₹1.5 crores has established a strong name for himself in his brief but a sweet international career.

In the most recent Test series against Pakistan, he has become the player with the most runs scored. Brook amassed 468 runs, including three centuries, one half-century, and the highest score of 153, at an average of 93.60. For his outstanding performance in the longer format, he gets the “Man of the Series” award.

Phil Salt and Adil Rashid will play for the Delhi Capitals and SunRisers Hyderabad respectively for INR 2.20 and 2 crores. Joe Root, the star of England’s batting lineup goes to the Rajasthan Royals for ₹1 crore on Friday during the IPL 2023 auction in Kochi.

Pace bowler Reece Topley and batsman Will Jacks will together play for the Royal Challengers Bangalore in IPL 2023. Overall, it has been a tremendous IPL 2023 mini-auction for the English players who will be looking forward to the IPL 2023 season with more interest.