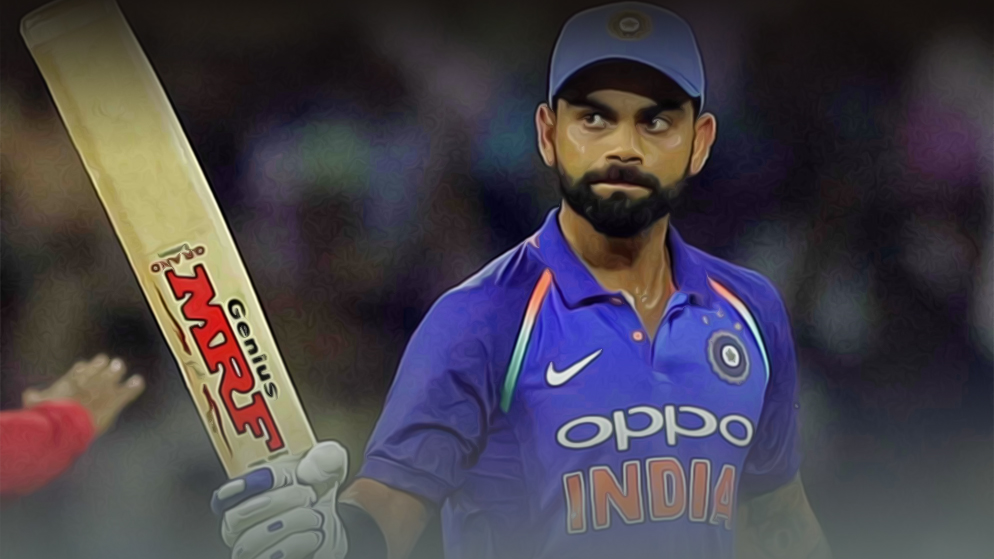 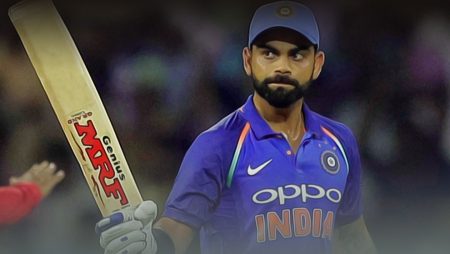 “Virat Kohli doesn’t need reassurance”- said Rohit– The second of the three ODI between India and England ended with England winning the match by 100 runs.

With that won, England leveled the three-match series 1-1 with the decider set to be played on Sunday at Manchester.

India won the toss and decided to bowl first. England openers started off really well. They added 41 runs for the first wicket.

England crumbled during the middle overs in the first inning. The main behind that was Y Chahal. The leg spinner bowled an outstanding spell and took 4 wickets in his 10 overs.

The partnership between M Ali and D Willy took England to a respectable total.

When India came out to chase the decent total of 247, the two left-arm seamers made life difficult for the Indian batters as the ball was nipping around.

India at one stage lost 4 wickets for just 31 runs. That includes the big wickets of V Kohli and R Sharma.

Virat Kohli looked good in his 16 runs inning. But didn’t convert it into a big score. SK Yadav also looked good and stitch a small partnership with H Pandya.

But the English bowlers were relentless and made the most of the conditions. R Topley took 6 wickets and was adjudged man of the match.

The last match will be played on July 17 at Emirates Old Trafford, Manchester.

Now, after the match was done, there was a press conference where a journalist ask R Sharma about the recent form of Virat Kohli.

Virat Kohli has been going through his lean patch over the last year or so. Also, he didn’t score any international century since November 2019.

His last century came against Bangladesh in the pink ball Test at Kolkata. It was the 2nd test of the two-match series.

Virat Kohli is struggling to get runs under his belt

In the last few years, Virat Kohli hasn’t scored a hundred. But at least he was scoring runs which helps the team to win games.

But now, he is even struggling to score runs and hasn’t contributed much in the recent past.

Rohit, while backing Virat Kohli has said the quality of the player remains the same. The form is something that is not there.

Rohit said everyone player faces bad form in his career

He also said it happens with every player in their career. Everyone faces a point where they are out of form. But we have to keep backing the players to give them confidence.

Rohit also said he needs one or two good innings to be back in the form.

He added- “We know on this topic there are discussions, we have seen for so many years that performances of all the players go up and down. But as I had said last time, the quality of a player doesn’t become bad. I think we need to keep that in mind, the guy has scored so many runs, you look at his average, he has scored so many hundreds, he has the experience of it. Until now, no player has come who has done well whenever he has played. So a bit of slump will come, it comes in everyone’s life.

Rohit Sharma also talked about the batting collapses India had in the past. Whether it is in the 2019 World Cup, the 2017 Champions Trophy, or any other occasion.

On this topic, Rohit said- “I think if they can get the team out of the situation, imagine the confidence they are going to get from that. So it is something that we have definitely spoken about. But it depends on each individual at that particular moment as well.

Rohit adds to this point- “That is where I think the role of the management comes into play and ask them to play freely and show them that what they trying to do in the middle is absolutely right.”

He Tweeted-“This shall too pass. Stay Strong”. That is how Virat Kohli is admired all around the world.

The audience on Twitter found this gesture of B Azam very good. V Kohli fans appreciated the tweet of B Azam and hoped to see the old Virat Kohli scoring runs and winning games for India.

On the England tour so far, he hasn’t done much. In the one-off test, he made 11 and 20 in the two innings.

He also missed the first ODI due to a groin strain injury. In the second game, he made 16 off 25 balls. He looked good in that small stay but didn’t convert it into a big score.

Let’s see how he performs in the last ODI in Manchester on Sunday. We as fans are hoping that Virat Kohli will get back into runs.

Till then, thank you for reading the article. Keep following us for the latest sports-related updates.