Return of MS Dhoni as Captain 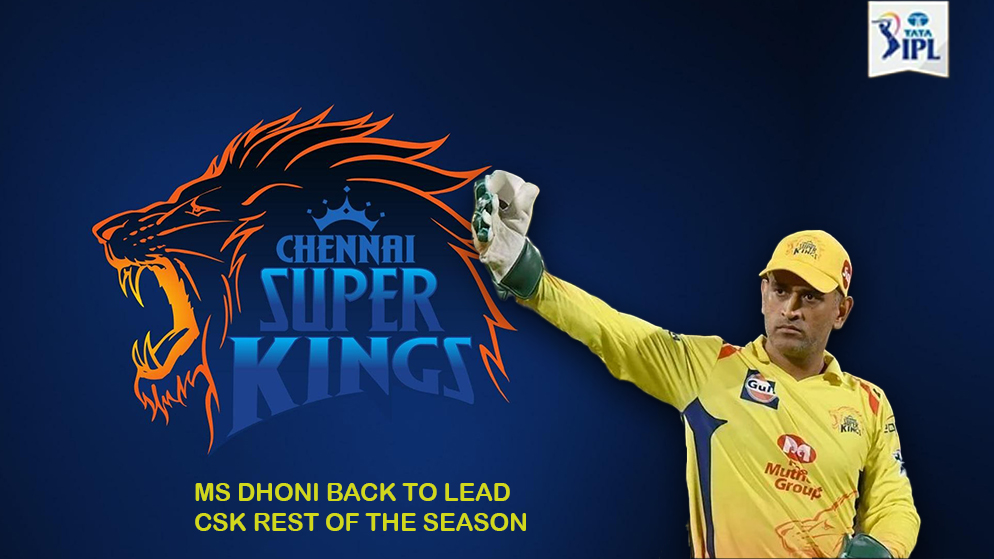 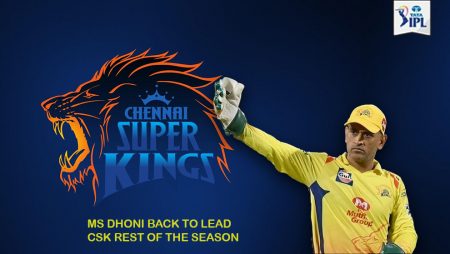 One of the most successful franchises in the history of the Indian Premier League (IPL), Chennai Super Kings, hasn’t had a great start this year. They lost 6 out of the 8 games they played till now. Sitting at No. 9 in the points table with only two wins in 8 games, Mumbai Indians is the only team who is behind them. (MS Dhoni captaincy return) MI also has had a horrible season with only one win in 9 games.

Ravindra Jadeja’s Performances in the IPL 2022 till now

In the bowling, he had 5 wickets in the 8 games with an average of 42.60. His strike rate in the bowling is 31.20 and an economy of 8.19. The best figures of Ravindra Jadeja in the IPL 2022 is 3 for 39 which came against Royal Challengers Bangalore (RCB). (MS Dhoni captaincy return)

He is one of the best fielders in the world right now, but we have seen him dropping catches this year.

Although, it is a part of the game. As no fielder can take all the catches. It is a human thing to do an error. But we have seen him dropping many catches this year.

The pressure of captaincy in the IPL

Maybe because he is feeling the pressure of the captaincy. It is not easy to captain an IPL side. The competition is very tough and the captain has to go through some high-pressure situations.

Holding the nerves in the IPL games is required in this league. We have seen the instances like this before as well. The player chooses to relinquish the captaincy. (MS Dhoni captaincy return)

We have seen “the player leaving the captaincy” instances before

Most recently in an IPL 2021, when D Karthik leaves the KKR (Kolkata Knight Riders) captaincy after the first leg of the tournament.

The first leg of the IPL 2021 was held in India. Then, due to the COVID situation, the remaining IPL was held in Dubai. E Morgan took over the captaincy reigns and KKR had made it to the finals of the 14th edition of the Indian Premier League (IPL).

They lost to the Chennai Super Kings, who won its 4th IPL title.

Is it right to leave captaincy Ravindra Jadeja at this stage of the tournament? (MS Dhoni captaincy return)

Chennai Super Kings has not been in great form at the start of this year. In addition to this, leaving the captaincy from a player like Ravindra Jadeja shows the panic in the CSK camp. MS Dhoni is 40 years old and will be 41 this July. He will not be there with the CSK every time.

We don’t know for how long he will play in the IPL. There is always a mystery with MS Dhoni as he won’t share when he wants to retire. Just like in International cricket, he retires when there are no speculations or expectations of his retirement.

In that case, if Ravindra Jadeja continues to do the captaincy job, it will help the franchise to look for a captain when MS Dhoni leaves the IPL.

Maybe, MS Dhoni will be in a CSK setup going forward, but not as a player. No player can play as long as he wants. After a certain age, their body won’t allow them to push more.

Will the captaincy be given to some other players?

Till the last year, Suresh Raina was a part of the Chennai Super Kings (CSK) setup and is a big part of the leadership group.

He was a no-brainer as far as MS Dhoni’s successor is concerned. But he is not scoring runs and his form cost him his place in the CSK.

So, to look at someone else in the camp, R Jadeja was the only option left. The all-rounder has been a permanent part of the Indian team and is very experienced in terms of matches.

He only led Saurashtra once at the junior level. But there is MS Dhoni, who gives his input to R Jadeja and it will be easy for the CSK to groom him as the next captain of the team under MS Dhoni’s leadership.

We have seen some of the great players, playing for his team, but they are not the best captains.

Why the announcement of MS Dhoni leaving the captaincy was made just a few times before the IPL started?

MS Dhoni himself said that Ravindra Jadeja is in the form of his life and it is the right time to give the captaincy duty to him. The announcement was made just a few times before the start of the tournament.

Although, Ravindra Jadeja has said that MS Dhoni told him about this 2 months before the IPL started. There are some business purposes as well. To attract the sponsors and all of this stuff. Once all the sponsors are locked in, the announcement was made.

MS Dhoni, the captain once again. A delight for the fans. And will he be able to get CSK back on track?

We will now see one of the most successful captains of India and IPL, once again doing the captaincy once again. It will be a treat to watch for the MS Dhoni fans and for the cricket fans all around the world. We don’t know what he brings to the table. CSK is at No. 9 in the points table. And there are some mathematical possibilities for the CSK to qualify for the playoffs.

Let’s see how this situation panned out. Give your opinion on this and keep reading the article for the latest updates.