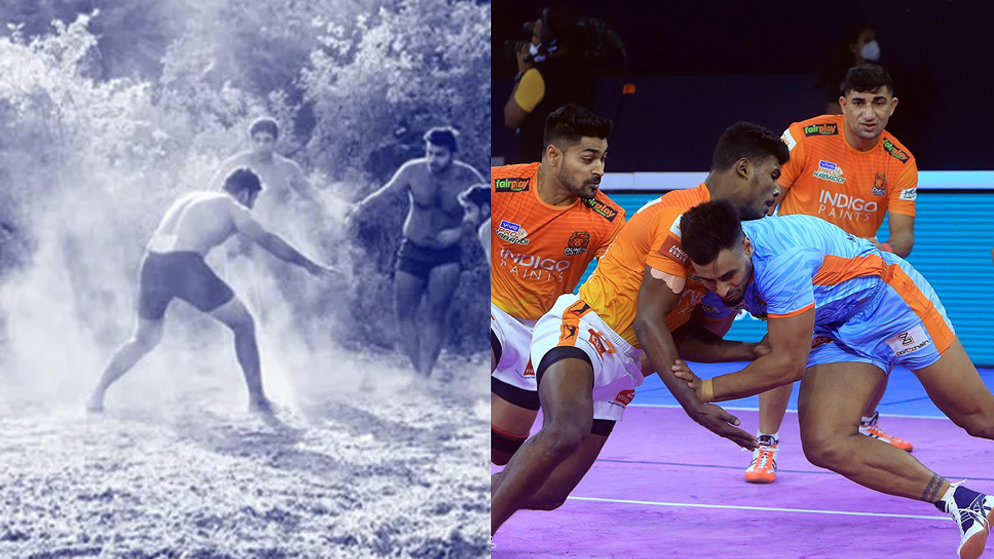 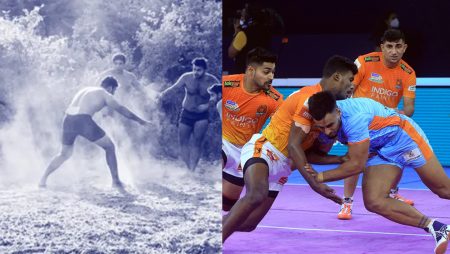 The Pro Kabaddi League has 12 franchises as of 2022 and is notably based on a double-robin round format. Each team will play against the remaining 11 teams twice for 22 games. All in all, in the 8th season, 137 games have been held with two eliminators, the semi-finals and the final.

The Pro Kabaddi League is a big factor in making Kabaddi popular in India. Since it began in 2014, the PKL has had a good run. Mashal Sports broadcasted the first season of PKL in 2014. The first season of the league roke records with 435 million viewers! The PKL viewership came only second to the IPL’s 552 million views in 2014.

Star Sports bought a 74% stake in Mashal Sports, seeing huge success. Since then, Star Sports has been the main broadcaster. Further, the lead sponsor (also known as title sponsor) of the Pro Kabaddi League is VIVO.

The Pro Kabaddi League has made two additional rules to make pro-Kabaddi more fun. These are “do or die raids” and “super tackle.” Besides, the PKL has also ensured good conditions and an environment for the audience. All this has, consequently, led to big success for the league.

A Little History of Kabaddi

Kabaddi is an ancient game and finds mentioned in Vedic era texts. For instance, it finds a mention in the Mahabharata. Moreover, there is a text about Arjuna. The text describes how he gets into hostile areas without harming enemies. In addition, there are accounts of Lord Krishna and Gautam Buddha playing the game. Indeed, Kabaddi is a sport in India. However, modern Kabaddi is a very new sport despite these ancient claims.

The earliest Kabaddi rules were from Maharashtra in 1921. Then there is the All India Kabaddi tournament in 1923. Further, India began the Amateur Kabaddi Federation of India (AKFI) in 1972. The AKFI has helped in popularizing the sport. In particular, the AKFI has spread the game to junior and sub-junior boys and girls in India.

Arrival on the international stage

While the sport has a long history in India, it has become mainstream only in the last few years. In particular, it has been famous since 2014 due to the PKL. Kabaddi has come out on the national level post the first season of PKL. The PKL has employed many new features to attract people to the game. The numbers generated by the PKL in viewership indeed prove that it has been a success.

Altogether, many factors have made Pro Kabaddi League such a big success in India. While Kabaddi was, by and large, a rural sport back when the Pro Kabaddi League did not exist, it now is a mainstream sport. In fact, the arrival of PKL made Kabaddi popular in India. The league has made this possible by working on many aspects of the game.

In itself, Kabaddi is considered a slow sport, notably lacking enough action. The PKL consequently introduced a few new rules/tweaks for Pro Kabaddi. In essence, to make the game interesting, these tweaks have been added.

Tweaks to the game by Pro Kabaddi

Further, the organizers of the PKL have worked on a few more areas, such as:

Kabaddi before the advent of the PKL and henceforth, pro kabaddi was not popular in India. Rural areas dominated the sport. However, the PKL changed that narrative. The first season of PKL broke viewership records. Notably, Star Sports decided to invest in Pro Kabaddi League and became its main broadcaster.

Kabaddi is an ancient sport with origins in the Vedic era in India. Moreover, Kabaddi has grown as a sport in India. India has put Kabaddi on the international stage with its efforts. PKL, however, is a very young and new form of Kabaddi. The PKL has used pro kabaddi for its games. Mainly it has helped PKL to bring people towards the game. PKL has indeed benefited from the new tweaks added to the game. That and the improved conditions, as well as the Bollywood touch and the PKl, is a beast. It has enough people who watch it to be in the ranks of the IPl! Indeed, the PKL has been a blessing for the sport of Kabaddi.