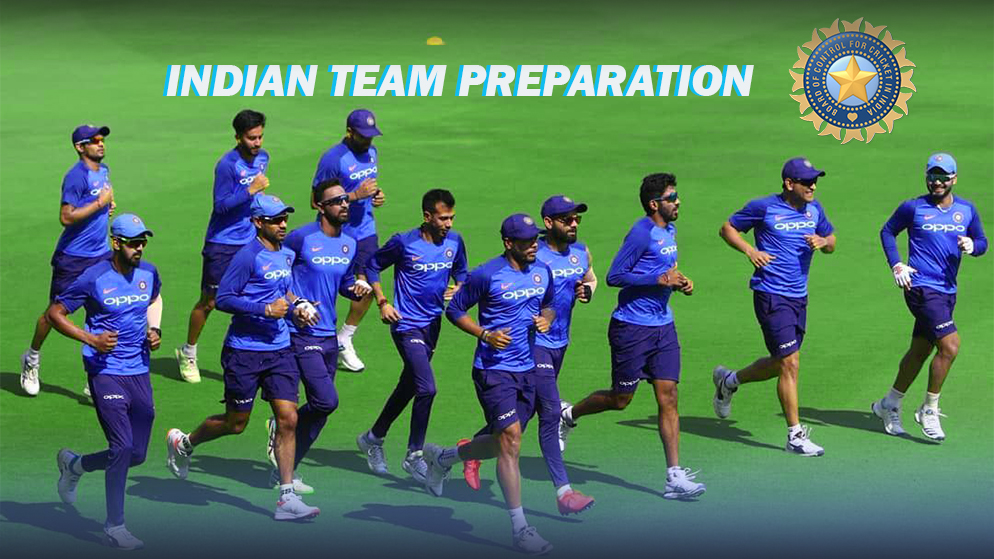 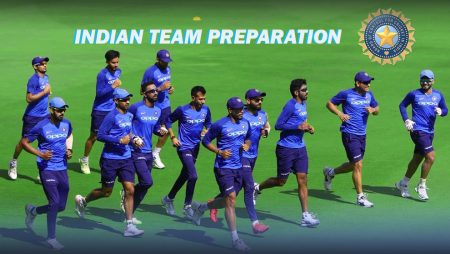 So, Team India won the first edition of the ICC Men’s T20 World Cup in 2007 when a young captain MS Dhoni was given a responsibility to lead the side in the absence of some of the big names.

India created history by winning a tournament and becoming the first team to win the T20 WC. They beat the arch-rival Pakistan in the final by 5 runs. And how can we forget that scoop shot from Misbah ul Haq, who found the fielder in Sreesanth at fine leg.

India hasn’t had the best of the World Cup last year in UAE. And they will be looking to redeem themselves in this year’s WC.

So here are a few points related to Team India’s preparation for the ICC T20 WC:-

West Indies series- A good chance to prepare for the WC

Indian team is set to play a five-match T20I series against West Indies (WI) starting from July 29. It will be a good chance for Team India to try different combinations and to figure out who will fill the vacant space in the team.

Almost all the spots are reserved in the team with every individual knowing their role in the team.

West Indies are the two times champions of the ICC Men’s T20 WC (2012 and 2016). They ae known to play fearless cricket and they got some hard hitters in their team. In that case, it will be a good challenge for the Indian team to prepare well for the WC by using this series.

How can Team India use the Zimbabwe series for T20 WC preparations?

The Indian team will tour Zimbabwe after 6 years for a three-match ODI series. It is likely that India’s second-string team will be sent on a tour to play those games.

In that case, Team India can use this series to find out a few of the young players who have done well in IPL and domestic cricket over the years.

There will be an opportunity for some of the fringe players like I Kishan, U Malik, Arshdeep Singh, R Gaikwad, etc to put their names in the T20 WC contentions if they performed well.

Indian team can add a few of the players who do well in the ICC T20 WC squad as a backup and use them when needed.

Asia Cup is set to be held in the UAE instead of Sri Lanka. At first, the tournament was set to be played in SL. But due to the political turmoil in the country, it will now be played in UAE.

Team India also plays a game against their arch-rival Pakistan in the tournament. It will help Team India to prepare against Pakistan because Pakistan is also in the same group as Team India in T20 WC 2022.

Last time, when Team India faced Pakistan in the ICC T20 WC 2021 in UAE, they lost the game by 10 wickets. Shaheen Shah Afridi stars with the new ball and the duo of B Azam and M Rizwan got Pakistan home in a run chase of 152.

The change in approach

Indian Cricket team also looks to change their approach in a T20 format. R Sharma also talked about it a few times about change in approach.

T20 cricket has changed over the years. And the teams all around the world approach differently in this format. A prime example of this is England. The way they play the T20 cricket or even white ball format is completely different.

At one stage, people in the cricket fraternity depict Team India playing T20 cricket as an extension of ODI cricket. Now Team India started to change their approach and we can see the difference in Ireland and England series.

Team India to host SA, and AUS before the WC

The BCCI scheduled a series against South Africa and Australia just before the T20 WC. Indian Cricket team will play three T20Is each against SA and AUS. The purpose of this series is purely based on the preparations for Team India for the WC.

They will also play three ODIs against South Africa as well. A preparation against two big teams will help Team India better. Also, they have SA in their group of T20 WC 2022 so they will get to know how SA approaches T20 cricket.

There are a few concerns for Team India before the T20 WC 2022. It is the form of V Kohli and R Sharma. Both the big players are struggling to get some runs under their belt.

Team India will hope that both the players get back in form before the most important T20 tournament. If they do well, it will be easier for Team India as both got the experience of playing in the big stages of the tournament.

So these are the few points related to what are the preparations for Team India for the ICC Men’s T20 World Cup.