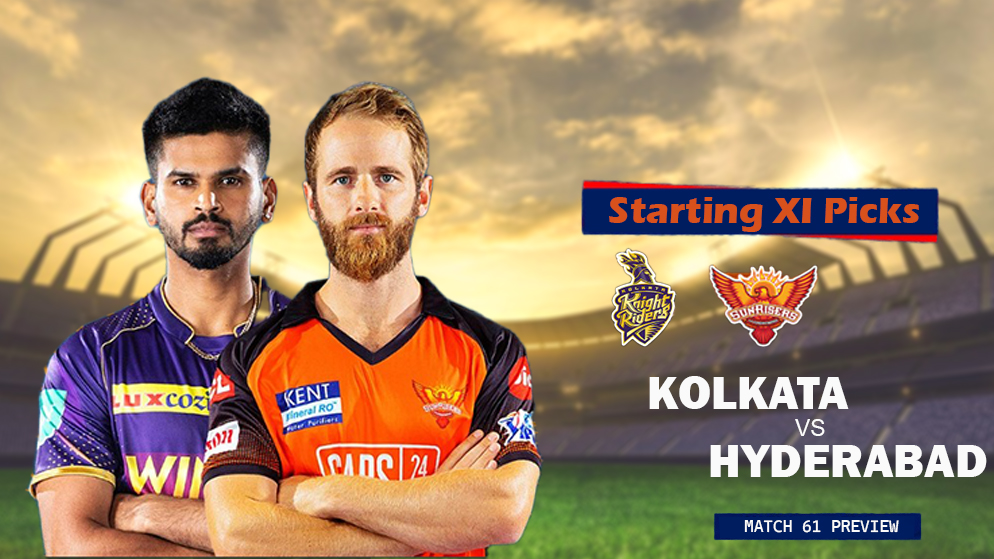 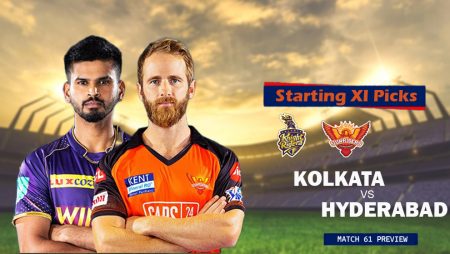 KKR vs SRH Preview- We have come to the business end of the Indian Premier League (IPL 2022) with only 12 league stage games left.

The 15th edition of the IPL has so many ebbs and flows and we have witnessed so many close games. Till now, the two new franchises, Gujrat Titans (GT) and Lucknow Super Giants (LSG) are the top two teams in the points table.

Rajasthan Royals (RR) and Royal Challengers Bangalore (RCB) are the other two teams in the top 4 with 7 wins each.

Technically, only Mumbai Indians are out of the tournament. All the other teams are mathematically in the race to get the cut into the playoffs.

In match 61 of the IPL 2022, Kolkata Knight Riders (KKR) and Sunrisers Hyderabad (SRH) will face each other in the hope to get ahead in the playoff race.

It will be KKR’s 13th while SRH’s 12th game in the tournament. SRH has an advantage of one match as they played one match less than KKR and win the same amount of games.

KKR started their campaign well with 3 wins in the first four games. They won against CSK, PBKS, and MI and lost against RCB. But they started to dip after that. They lost 6 out of their next 8 games. The only two wins came against MI and RR.

They are still a chance for KKR to qualify if they win their remaining next two games. But a lot will depend on how their net run rate will be at the end of the league stage. KKR can reach 14 points but their net run rate right now is -0.057.

On the other hand, SRH lost their first two games but came out brilliantly and win 5 back-to-back games in a row. (KKR vs SRH Preview)

They can reach 16 points which will ensure their position in the playoff for them. Their net run rate right now is -0.031.

Players to watch out for:

The South African is one of the leading run-scorer for SRH in this tournament. He is doing well in the middle order and scored 326 runs in 11 games till now. The right-hander scored these runs in 9 innings with an average of 65.20 and a strike rate of 143.

Markram will be the key to SRH’s success going forward.

The West Indian has been a key performer this year. Not with the bat but with the ball as well. He has scored 281 runs with an average of 35 and a strike rate of 187. His highest score this year is 70 not out.

If A Russell will have his moment and he has the day, the opposition will be out of the game pretty soon. He can win games on his own single-handedly.

The advice is to pick more bowlers from the SRH’s side. We didn’t have the injury update on T Natarajan till now. But if he plays, he will surely be one of the contenders for the dream fantasy 11.

SRH also has M Jansen who has done well except for the last few games he played. The team might bring him back in the mix as U Malik was seen off-color after his 5-fer against GT.

A Markram and N Pooran are in a good form and will surely make the cut into the fantasy 11s of so many audiences.

KKR also relied on their bowling. U Yadav has been brilliant with the new ball along with P Cummins and T Southee.

The trio looks amazing as a bowling unit. S Narine is also in the mix to complement the pacers. The only concern for KKR is V Chakravarthy not getting the wickets he is known for.

If you are looking for the best fantasy team, you will surely have to pick a few bowlers from KKR.

They might bring back M Jansen in place of F Farooqi. If T Natarajan is fit, he will replace K Tyagi.

KKR is coming on the back of a win against Mumbai Indians (MI) while SRH was outplayed by Royal Challengers Bangalore (RCB). The chances are 50-50 for both teams.

It will be interesting to see the battle between the two good bowling attacks. Whoever bats well will win.