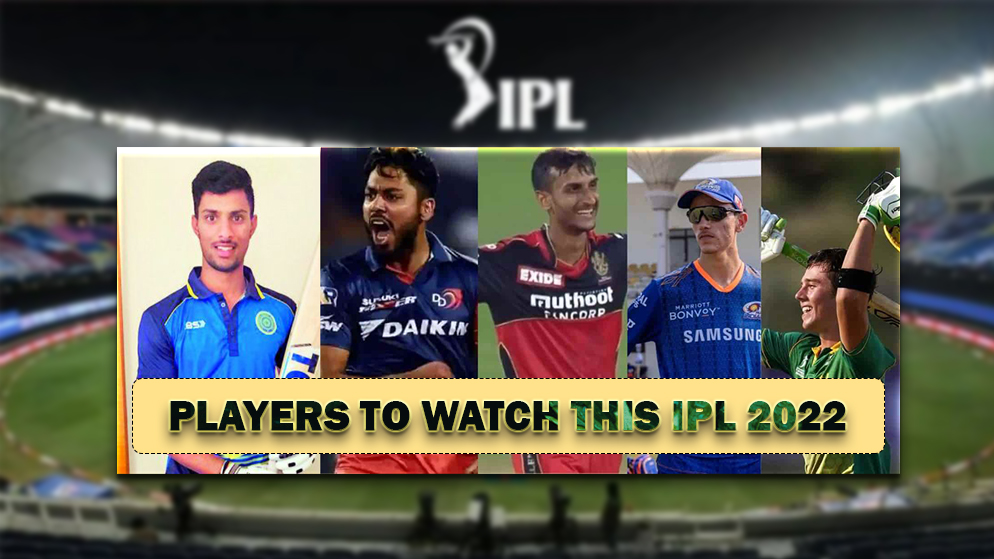 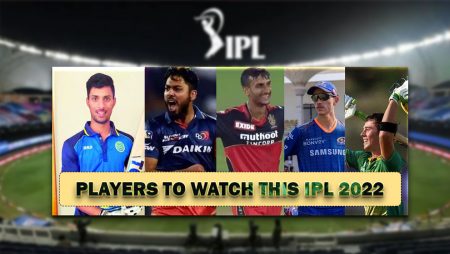 The 15th edition of the Indian Premier League (IPL 2022) has started with so much buzz and hype across the fans. We have already seen some nail-biting finishes and the tussle battle between bat and ball and it will get more intense as the tournament progresses.

We have seen so much local talent and overseas talent in this rich league over the years. This is the platform that provides an opportunity to the players. They will go on to represent their respective countries after their marvelous performances.

Today, we will be discussing the players to watch out for in this IPL 2022. We will discuss not just from IPL’s(Indian Premier League) point of view but from the player’s country’s point of view.

There are a few Indian names that will be important to watch in this year’s IPL because of the Indian team’s point of view.

The first name that comes on this list is the former Indian captain Virat Kohli. From the last year or so, he has not been the same player as we are used to seeing. So much happened in that period. He gave up the captaincy in the IPL and in T20Is as well. Then, he has been sacked from the ODI captaincy. Finally, he decided to give up the Test captaincy as well.

His relationship with the BCCI is also not good as evident in his statement. The BCCI and Virat Kohli are not on the same page in terms of their statement.

It is also affecting his game in batting. He is not scoring runs consistently as he used to in any format of the game. Coming to his IPL performances in the last few years, he has scored 464, 466, and 405 in 2019, 2020, and 2021 respectively. The stats are not up to his standard. He has set his standard a little higher than this.

We hope that V Kohli will come into his actual best. It is very important for India in this year’s ICC World T20 in October-November.

Although, India’s performance in the tournament was not good, losing their first two games to Pakistan and  New Zealand.

Y Chahal’s performance was excellent in the IPL 2021 and he started off well for Rajasthan Royals in IPL 2022. Now, if he can do well, he will definitely be on the bus of the T20 WC 2022 squad.

The right-hander has missed the first leg of IPL 2021 which cost him the captaincy in Delhi Capitals (DC). He came back stronger in the second leg of the IPL 2021 and played a few match-winning knocks for his team. The right-hander had a very good home season against Sri Lanka. He will be eager to cement his spot on the Indian team.

He and Surya Kumar Yadav might be fighting for the same spot in the Indian team’s playing XI in the World Cup.

Tamil Nadu’s left-arm medium-pacer was out of the game for almost a year due to injury. His ability to nail those yorkers in the death overs makes him a valuable asset.

The Indian fans and team will hope that he can continue his form and help the Indian team win the ICC tournament, which did not happen after the 2013 Champions trophy.

Here are the few players which might surprise us in this year’s IPL 2022:

The Delhi-born, A Badoni is one of those uncapped players who can be the surprise package in this year’s IPL. He has already played a crucial knock of 54 off 41 balls when LSG lose their first 4 wickets for just 29 runs in the first match. He also played a small cameo of 19 off  9 balls to finish the game for LSG.

Nicknamed Baby ‘AB’, He has shown his talent in this year’s U-19 World Cup and in the domestic cricket in SA for Titans. He only played one game against KKR but he has shown his talent with his range of shots in his inning of 29 off 19 balls with 2 fours and 2 sixes. Definitely, he will be the player to watch out for this year.

The right-hander from Hyderabad was bought by Mumba Indians for a whopping 1.7 Crore. He has a lot of variation in his shot selection, which was also said by the former Indian coach R Shastri. The right-hander has already shown glimpses of his talent by scoring 22 off 15, 61 of 33 when the team was in trouble and 38 of 27 in the first three games. He will be the one who can make it to the next level if he does well consistently.

S Ahmed has been in the RCB (Royal Challengers Bangalore) setup for a while now. The franchise is getting fruits for backing this lad as he has already played two crucial knocks in the middle order. His ability to smack the ball is evident in those two games and he is a very good bowler as well. V Kohli hails his fielding standards as well and he is all and all a full package.

These are a few players which we have picked. But there are a few other players who missed out on the list but you never know who comes out and surprise us. You can comment on your favorite players to watch in IPL 2022 as well.