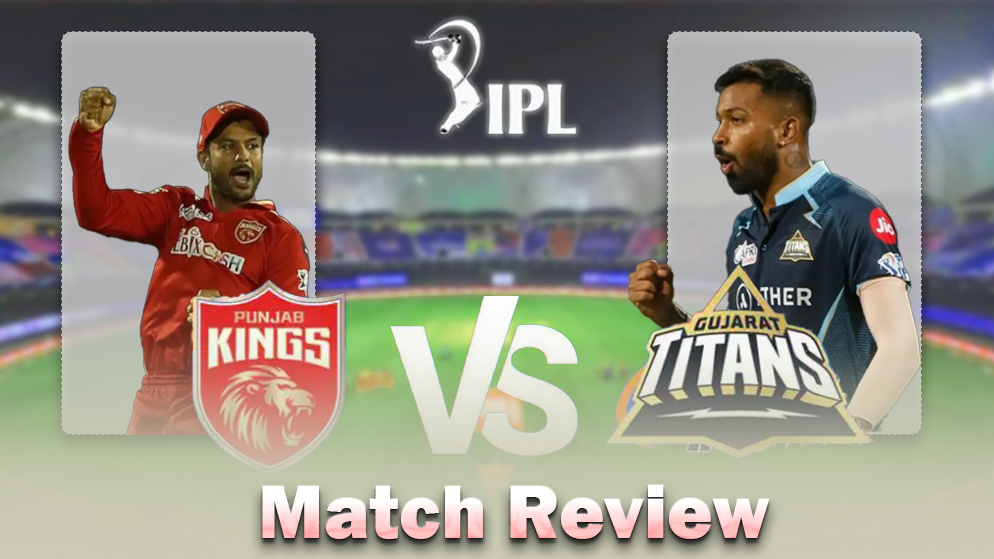 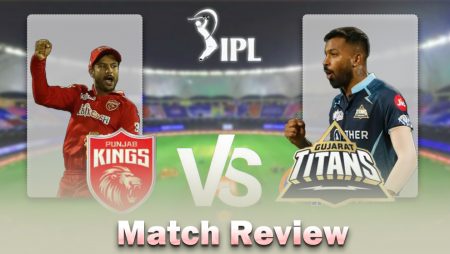 PBKS vs GT: Gujrat Titans won the toss and elected to field first. The PBKS openers didn’t start off well as they lost their captain M Agarwal in the 2nd over. J Bairstow comes into the team but didn’t trouble the scorers much. He only managed to score 8 off 8 balls with 2 fours.

PBKS were 43 for 2 after the first powerplay

S Dhawan and L Livingstone steady the ship with a 52 runs partnership. L Livingstone was finding the boundaries with S Dhawan playing the second fiddle.

L Livingstone hit 16 runs in the 10th over and PBKS were 86 for 2 at the halfway stage.

R Khan, in his 3rd over, broke the partnership by getting S Dhawan, who edged it to M Wade. He scored 35 off 30 balls with 4 fours. J Sharma played a quickfire inning of 23 off 11 balls with four and two sixes.

Meanwhile, L Livingstone reaches a 21 ball half-century with a six to R Tewatia in the 13th over. J Sharma got out in the next over to D Nalkande, trying to hit over long-on but only managed to find S Gill there.

PBKS lost the momentum after that wicket. Although S Khan hit two sixes to M Shami in the 15th over, the team lost their last 6 wickets for just 38 runs.

R Chahar and A Singh made a valuable 27 runs last wicket partnership to get PBKS to 189. R Khan was the pick of the bowler with 3 wickets for just 22 runs. D Nalkande got 2 wickets while H Pandya, M Shami, and L Ferguson also got one wicket each. L Livingstone was the highest run-scorer in the PBKS inning with 64 off 27 balls with 7 fours and 4 sixes.

Coming out to chase the score of 190, S Gill started off well with two boundaries in the first over to V Arora. He again hit 3 boundaries to A Singh in the 2nd over.

KG Rabada came into the attack and immediately had an impact. He got M Wade on his second ball. The GT openers added 32 runs for the first wicket.

S Gill and S Sudharsan continue to stitch the partnership and Gujrat Titans were 53 for 1 after the powerplay.

R Chahar comes into the attack in the 7th over and S Sudharsan smacked him for a six-over mid-wicket.

The partnership continues to grow between the two as GT was 94 for 1 at the halfway stage, going well in the run chase.

The stand finally comes to an end when R Chahar came into the attack in the 15th over when he got S Sudharsan, who was going well but finds the fielder at extra cover in M Agarwal. He scored 35 off 30 balls with 4 fours and a six.

The pair added 101 runs for the second wicket. In that period S Gill reaches his half-century in 29 balls with a four inside out over cover.

Captain H Pandya and S Gill continues the momentum and added 37 runs for the next wicket. H Pandya was dropped by KG Rabada in the 17th over off R Chahar.

H Pandya got run out in the last over. He made 27 off 18 balls with 5 fours. D Miller hits four over mid-wicket on the 3rd ball of the last over.

On the fourth ball of the last over, that’s where O Smith made a mistake by giving a free single to R Tewatia.

Gujrat Titans win by 6 wickets. R Tewatia scored 13 off 3 balls with those two sixes on the last two balls. KG Rabada and R Chahar took two and one wickets respectively.

What went wrong for Punjab Kings (PBKS)? PBKS vs GT

PBKS could have scored more if they didn’t lose the momentum in their innings. In the second inning, S Gill and S Sudharsan’s partnership almost took the game away from PBKS but they pulled it back nicely to get the equation to 32 off 12 balls. But the over from O Smith and what he has done on the third last ball cost them a game.

Punjab King’s form is a bit dicey. They started off well in the tournament against RCB but lost their next game against KKR. They came back against CSK, winning by 54 runs but lost today against GT (PBKS vs GT). Their next game is against Mumbai Indians (MI) on 13th April at Maharastra Cricket Association Stadium, Pune.

Gujrat Titans, on the other hand, have not lost any game till now. They won their first encounter against LSG by 5 wickets and won their next two games against DC and PBKS by 14 runs and 6 wickets respectively. Their next game is against SRH on 11th April at Dr. DY Patil Sports Academy, Mumbai.