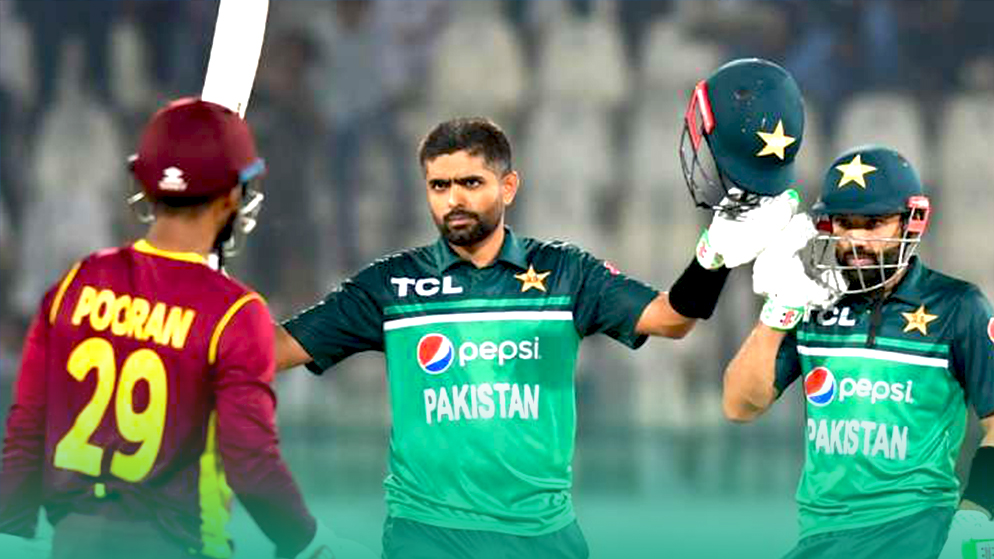 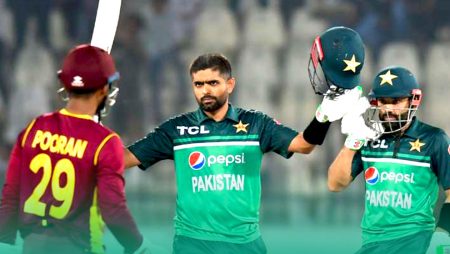 In the first game, it was Babar Azam’s masterclass in the run chase along with M Rizwan’s half-century.

K Shah played a good cameo of 41 off 23 balls and gave a finishing touch.

Before that, S Hope also scored a magnificent century and string a very good partnership with S Brooks, who made 70 off 83 balls with 7 fours, to give West Indies set a very good total.

In the second match, it was the bowlers who won the game for PAK and help to take 2-0 winning lead in the series.

The wicket was a bit tricky but again Captain B Azam stand strong alone and made 77 off 93 balls with 5 fours and a six.

Imam ul Haq also played well for his 72 off 72 balls with 6 fours. But unfortunately, got run out after playing so well.

It was a collective effort by the Pakistan bowlers to defend the total.

The third game was also a low scoring as bowlers dominated in most part of the match. At first, Pakistan won the toss and elected to bat first.

The openers gave a fine start as they added 85 runs for the first wicket. But after that partnership, PAK lost 5 quick wickets and at one stage, they were 117 for 5 in 24.4 overs.

K Shah and S Khan steady the ship for PAK as they added 84 runs for the 6th wicket.

When WI came out to chase the target, there were no real partnerships and they fell 53 runs short of the target. Only A Hosein show some fight with his 60 off 37 balls.

With that series win, Pakistan has gone one up in the ICC Men’s ODI Team Ranking. They are now at No. 4 in the ICC Ranking with a rating of 106. Their point is 2005 right now.

Pakistan’s ODI team has been brilliant in the last few years or so with Captain Babar Azam leading them in front. He scored runs consistently in any situation.

Other than him, M Rizwan has been the key member of the squad who has been brilliant in all three formats. He is one of the best wicketkeepers in the world right now and score runs when the team needs him.

Rizwan is also a part of the leadership group and has been doing great since he took the responsibility.

They have two very good openers with different approaches. F Zaman has been brilliant at the top, giving PAK good and quick starts.

His partner, Imam is very consistent at the top. Pakistan also has a very good bowling lineup led by Shaheen Shah Afridi. He is brilliant in all the departments. Whether to bowls with the new ball, in the middle overs when the captain needs wickets or bowls in the death overs, he has been brilliant.

Along with Shaheen, they have a very potent bowling group consisting of H Ali, H Rauf, etc.

Their spinners are also very good as S Khan and M Nawaz are the few names who have done well recently.

All and all, the Pakistan ODI team has been moving very well as the ranking suggests.

But the ranking system is like that it can change very quickly. And sometimes, the teams who is not even playing either fall or rise in the ranking.

Right now, New Zealand is at the top of the ranking with 125 points followed by England and Australia with 124 and 107 points.

Pakistan is at No. 4 and India is at No. 5. To improve the ranking for Team India, they have to win the upcoming ODI series so that they can get enough points to go past Pakistan.