On the Zimbabwe tour, what can we expect from India 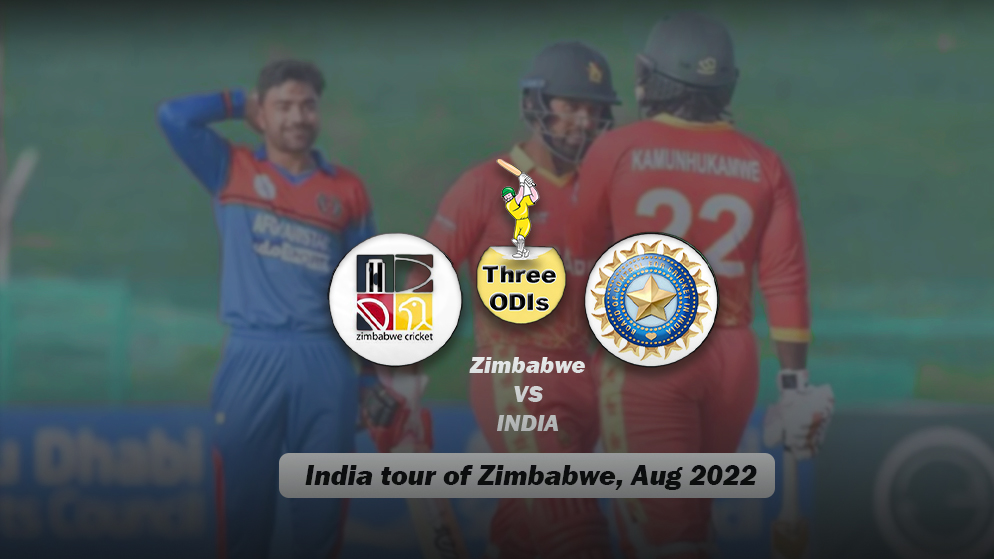 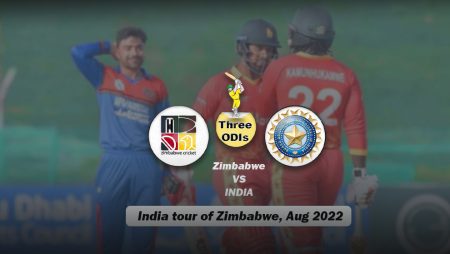 India vs Zimbabwe- Indian Cricket Team will be touring Zimbabwe for the first time after six years. They will play three ODIs starting from August 18.

When India toured Zimbabwe last time, they won the ODI series by 3-0. And they won the close-fought T20I series by 2-1. In both the series, MS Dhoni was the captain of the side.

It was a series in which a second-string Indian team went to play series. And we are expecting the same this time around as well.

In that series in 2016, there were some players like KL Rahul and Y Chahal who made their debut and has done well.

Some of the other fringe players were K Jadhav, A Patel, J Bumrah, etc at that time.

Now, it is another opportunity for some of the youngsters like D Hooda, Arshdeep Singh, R Gaikwad, S Gill, etc to get their place permanent in the team.

As we are expecting some of the big names including the regular captain R Sharma, R Pant, J Bumrah, H Pandya, etc will rest for that series.

There is no confirmation about whether V Kohli will go to Zimbabwe or if will he also be rested.

Some of the reports suggest that the selectors want V Kohli to play the series to regain his form. In that case, we have to wait and see what decision will be made. Right now, V Kohli is rested for the whole West Indies (WI) tour which consists of three ODIs and five T20Is.

Today, we are talking about what we can expect from this India vs Zimbabwe series. And what we will get from the series.

Opportunity for the young/fringe players

It will be an opportunity for the youngsters to show their worth in the team. As we are expecting that some of the big names will be rested, the fringe players like D Hooda, Arshdeep Singh, Avesh Khan, etc will get a place in the squad.

A few of the fringe players are likely to be selected. Include Arshdeep Singh, Avesh Khan, U Malik, D Hooda, H Patel, R Gaikwad, S Gill, etc. They will be rewarded a place in the squad after their outstanding performances in the Indian Premier League (IPL) and in domestic cricket.

Opportunity for Virat Kohli to regain his form

If reports are to be true, it will be an opportunity for V Kohli to regain his form.

The selectors of the Indian team want V Kohli to play this three-match ODI series against Zimbabwe. V Kohli is going through a rough patch in the last couple of years.

He didn’t score an international century since November 2019. His last century came against Bangladesh in the 2nd test. It was a pink ball test held in Kolkata.

Now, he is even struggling to score impactful runs for India in any format.

In the recently concluded England tour, he made 20 and 11 in the two innings of the one-off test. He missed the first T20I and scored 1 and 11 in the next two T20Is.

So we can clearly see he is struggling to get some runs under his belt. He has been rested for the whole WI tour.

If he plays in the Zimbabwe series, it will be great for him and the Indian team. And it will be a chance for him to regain his form.

Also, ODI is the format that suits V Kohli. He is one of the best ODI batters in the world right now.

Audition for the World Cup (India vs Zimbabwe)

Team India and the management can use this series as an audition for the ICC T20 World Cup in Australia.

Although it is an ODI format, regular captains talk about the aggressive approach in the team. It will be an audition for some of the players like Arshdeep Singh, D Karthik (if given a chance in the ODI series), Avesh Khan, D Hooda, U Malik, etc perform and permanent their place in the World T20 squad.

Confidence boost for the players

Also, it will be an opportunity for some of those players who only played limited overs format. Some of the players are I Kishan, SK Yadav, etc.

In terms of the results, there is no doubt that India will start as favorites in the series despite not having some big names.

It will take a miracle for Zimbabwe to even compete in this series.

In that case, it will be a chance for someone like Ishan Kishan to score some runs in the series and get some confidence. He scored runs in the home series against SA when they toured for the five-match series. But he wasn’t able to continue his form in Ireland and England series. (India vs Zimbabwe)

Also, SK Yadav also has a chance to better his ODI credentials as he is now slowly reputed as a T20 star. He will need to slow down his game in ODI cricket to go big in the inning.

Also, someone like S Dhawan who only played ODI cricket nowadays has a chance to strengthen his place in ODIs.

If he goes to Zimbabwe, there is a possibility that he will lead the side as well.

The comeback of U Malik (India vs Zimbabwe)

The speedster from J&K was dropped from the England series after having played in Ireland. Team management can look again to U Malik and give a chance to him in ODI cricket. It will give him more time for him to know his game and there will be more overs to bowl for him.