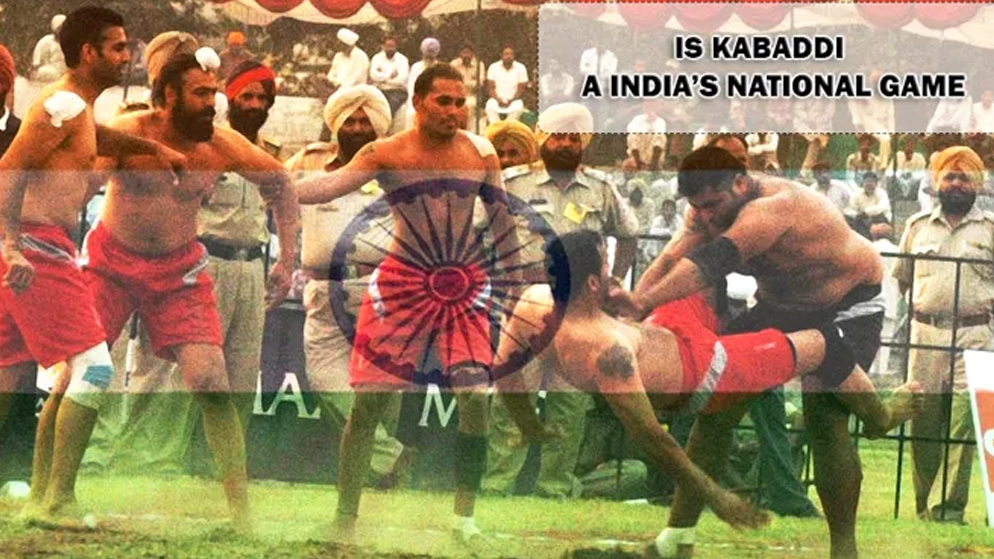 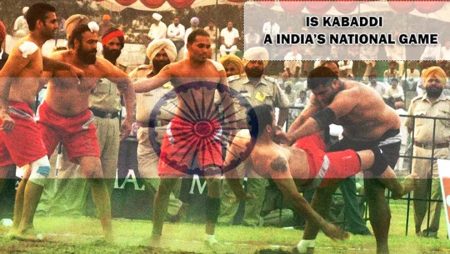 Why is there no National Game in India?

It is also not true!

To clarify, there is no national game in India! In fact, the Ministry of Youth Affairs and Sports has confirmed the same. Aishwarya Parasar, a 10-year-old girl, filed a Right to Information (RTI) in 2012 at the Prime Minister’s Office (PMO). She wanted to know about the national anthem, sport, song, bird, animal, flower, and the country’s symbol. The PMO consequently sent the RTI to the Ministry of Youth Affairs and Sports. Thereupon, the ministry confirmed that no sport is officially the national sport of India.

A few things need to be kept in mind for a national sport. These are popularity, world standing, ease for the public to play, and success of the national team. For example, hockey is a sport that India is good at. However, it is not very famous in the country. On the other hand, cricket has a big fan base, and india is doing very well in the sport. However, both hockey and cricket are costly and need gear and kits. Hence, the public can not play them with ease.

On the other hand, football and Kabaddi are easy for the public to play as no special kit is used. However, in football, India does not have a good standing globally. Further, Kabaddi is a sport that is yet to reach global standards. Hence, it is not easy for India to pick a national sport.

Why People think Kabaddi is a national game?

There are a lot of points that make people think Kabaddi is the national sport.

From its Indian origins to India’s stand-in world Kabaddi the reasons are further listed here:

While there is no clear proof of Kabaddi’s origin, old texts exist from India. These texts are as old as the Vedic era! The word Kabaddi is also from the word “Kai-Pidi” of the Tamil language, meaning holding hands. Further, the sport has grown as a standard game in India. India brought Kabaddi to the world level for the first time in the 1932 Olympics in Berlin. Besides, India is a beast in international Kabaddi. It has won six out of seven World Cups in Kabaddi. Moreover, the International Kabaddi Federation (IKF) is also in Jaipur, the capital city of Rajasthan, a state in India. The IKF governs the sport of Kabaddi across the world.

Kabaddi is a very big sport in India. Notably, the Pro Kabaddi League (PKL) has a viewership close to the Indian Premier League (IPL). This is because people have a lot of craze, love, and passion for the game in India. Further, the fifth season of the PKL beat the India-Sri Lanka cricket series in terms of views. The Broadcast Audience Research Council (BARC) revealed this fact. Again, this is huge because Cricket is a very big sport in India.

Kabaddi is a rare team sport. This is because the players need no special gear or kit. Moreover, in rural areas or in areas where courts are not easy to be built, it is played in mud arenas. Further, there is no need to spend a lot of money on infrastructure for Kabaddi. India has a relatively low average income and a big poor population. All this makes Kabaddi an easy game for the public to play.

Hence, Kabaddi is often considered a national sport due to these reasons in India.

Why isn’t kabaddi the national game of India?

Kabaddi has a lot of things working for it. However, to be a national sport it needs to fulfill these areas:

Now Kabaddi is very popular in India. It has a big fan base, and people are crazy for a few PKL stars in India. They follow them like a cult. Kabaddi is also a big plus in public ease because of its nature. The game needs no special gear or equipment. Besides, the game also does not need a court to be played. Further, India is a powerhouse in Kabaddi as the national team is a beast. It has won most of the global tournaments of the game time and again. Seems like kabaddi should be the national sport of India.

But it is not. And the biggest reason is the game’s Global standing!

Kabaddi is a very new game. The IKF, as of now, has only thirty-one nations that are a part of it. For a sport to be a national game of a country of significance like India, it should have a big global presence. But unfortunately, Kabaddi is not that big on the world map. Besides, it is only active in the top 6 nations. Hence, Kabaddi is not the national sport of India.

Why or how kabaddi became Popular in India?

Kabaddi has been a big sport since 2014. Post-2014, the game was mostly rural. But the PKL’s first season in 2014 changed that. Since then, people have been watching Kabaddi a lot in India. So how did the PKL make Kabaddi great again?

In itself, Kabaddi is considered a slow sport, particularly lacking enough action. The PKL consequently introduced a few new rules/tweaks for Pro Kabaddi. In essence, these tweaks have been added to make the game interesting.

Further, the PKL organizers worked on improving the venue conditions and got Bollywood stars to be a part of the league. Surely, all these things have worked for the PKl given the fact that it is a very popular league now.

Is Kabaddi a national sport of India?

No. India has no national sport.

Is Kabaddi a popular game in India?

Yes, Kabaddi is one of the most popular games in the country.

What are different weight categories for kabaddi players?

Senior Men and Women: Less than 85kgs for Men and 75kgs for Women.

In a Kabaddi team, how many players are there?

A team has 12 players. Only seven players take the field at a time, however.
The other five are reserve players.

How long does a Kabaddi match last?

For men and junior boys: 45 minutes with a break after the first 20 minutes.

For women and junior girls: 35 minutes with a break after the first 15 minutes.