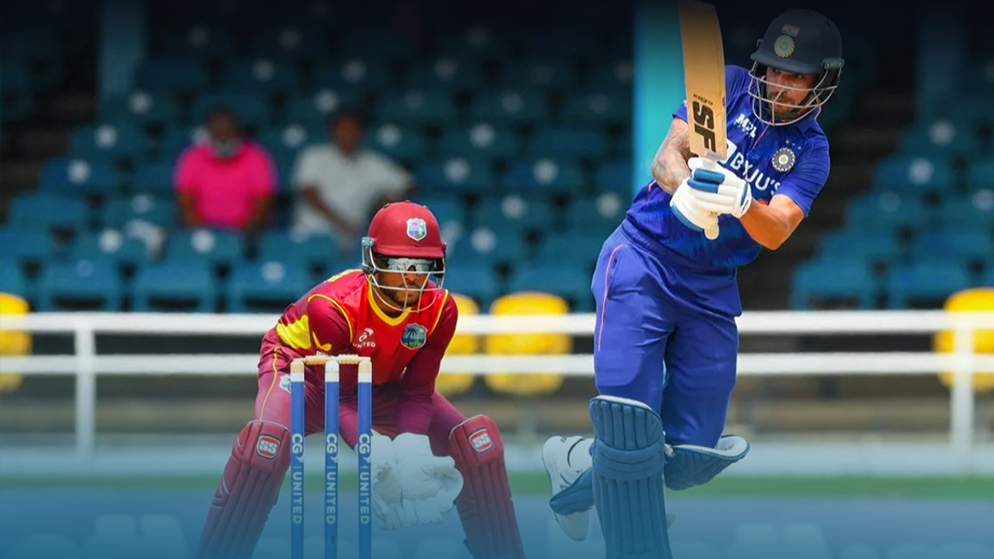 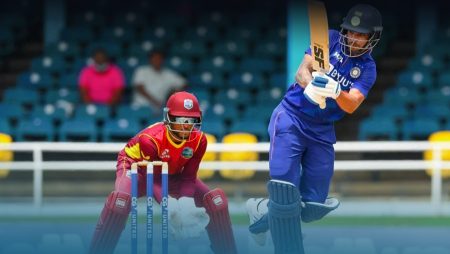 India vs West Indies: The first two ODI were without R Jadeja. KL Rahul is also unlikely to be back in T20Is. Team India is currently playing a three-match ODI series against West Indies (WI). The series started in Queen’s Park Oval. Port of Spain, Trinidad with the first ODI to be played on July 22.

Before the third ODI, R Jadeja’s fitness will be checked. And the decision will be made at the time. Whether he will play the last ODI or not.

In the absence of regular captain R Sharma. R Jadeja was named vice-captain with S Dhawan as captain.

Now that R Jadeja has been ruled out of the first two ODIs. S Iyer is now S Dhawan’s deputy.

It’s likely he’ll be ready for the five-match T20I series against WI starting on July 29. (India vs West Indies)

Meanwhile, all the three ODIs will be played at Port of Spain, Trinidad.

Along with R Jadeja, KL Rahul is also unlikely to be back in the T20I squad for the five-match series against WI.

KL Rahul had a groin injury and he went to Germany for the operation. After a successful operation, he is slowly coming to his full fitness and his rehabilitation process was undergoing in the NCA.

The team was looking forward to having him back. But now he caught COVID and most likely not going to West Indies.

As long as both players are healthy, along with KL Rahul. And K Yadav, the left-arm chinaman, could make a comeback. (India vs West Indies)

India won the first ODI in a thriller

West Indies won the toss and elected to field first. India were without the services of some of its main players like R Sharma, V Kohli, J Bumrah, etc.

The decision by the Windies captain N Pooran proved to be wrong as Indian openers S Dhawan and S Gill started off really well.

S Dhawan hit two back to back boundaries to A Joseph in the very first over. S Gill was off the mark with a boundary of his first ball to J Seales.

The right hander continues to play his shots. He hit two fours (one of them was a leg bye) and a six to A Joseph in the third over. (India vs West Indies)

R Shepherd came into the attack in the 7th over. And S Dhawan hit him for two fours.

The pair completed 50 run stand in that over as well. India were 73 for no loss after the end of the powerplay. (India vs West Indies)

G Motie was introduced into the attack after the powerplay. S Gill sees off the first two balls. Then goes down the track and hit him for a six.

S Gill reaches his half century in just 36 balls in the 12th over. The pair completed the 100 run stand in the 14th over.

Captain S Dhawan also reaches his half century in the 18th over. He took 53 balls to reach the milestone.

Shreyas Iyer came to the crease. And took his time to get set. S Dhawan on the other end was going well.

The Indian inning didn’t get the momentum after that. The pitch also slowed down a little bit. (India vs West Indies)

WI bowlers restricted India to 308. At one stage, it looks like India will going to score 330+. A Joseph and G Motie took two wickets each.

When WI came out to chase, they lost one of their premium batters S Hope. M Siraj got the early breakthrough for India.

S Brooks and K Mayers started to build the partnership. WI were 52 for 1 after the end of the first powerplay. (India vs West Indies)

A Patel was introduced into the attack in the 11th over. But K Mayers hit him for three consecutive boundaries. That over went for 14 runs.

The pair reached the 50 run stand in the same over as well. K Mayers reaches his 50 in 42 balls in the 16th over. Both the batter continue to bat well and completed 100 run stand with S Brooks hitting a six to S Thakur on the first ball of the 22nd over.

The partnership was broken by S Thakur. After that partnership, WI lost another wicket in K Mayers.

Captain N Pooran and B King stitch another partnership. But the former didn’t last long and played a small cameo of 25.

At one stage, WI were 196 for 5. After that, B King and A Hosein steady the ship but B King got out after making a fifty.

A Hosein and R Shepherd made an unbeaten 53 run stand and got WI closer to India’s target. But they fell 3 runs short as they made 305.

A Hosein remains not out on 32 while R Shepherd also played well for his 39. In the last over, WI needed 15 runs but M Siraj holds his nerves.