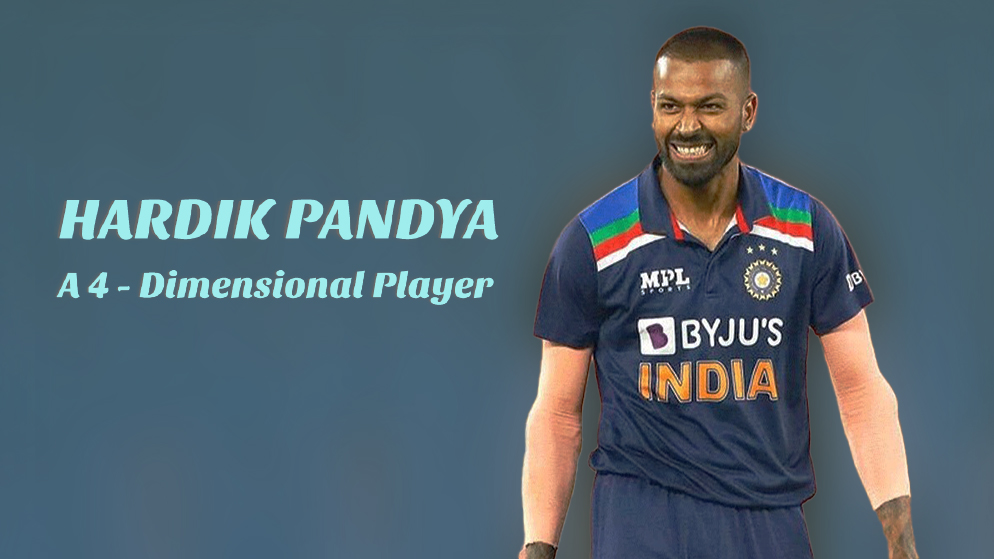 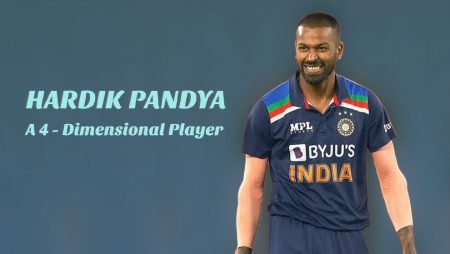 Hardik Pandya praised by Kiran More- IPL 2022 has come to an end and Hardik Pandya led Gujrat Titans (GT) has won the title for the first time in its first-ever season.

The final was a low-scoring encounter with the skipper leading from the front. Gujarat Titans restricted Rajasthan Royals (RR) to a small total of 130. H Pandya took three wickets in the first inning. (Hardik Pandya)

When GT came out to chase the target, they lost two early wickets in W Saha and M Wade. But again H Pandya along with S Gill made a good partnership. And then S Gill and D Miller got GT over the line to win the first-ever title.

Now, after the IPL, the former Indian wicket-keeper Kiran More praised Hardik Pandya for his performances in this season of the IPL. He is really impressed with H Pandya’s captaincy and called him a four-dimensional player.

Hardik Pandya had an injury issue quite a few times now. But now he is back to competitive cricket and also bowling well.

His workload was managed over the last 1.5 years or so. That’s why he is not bowling consistently and playing as a pure batter whether in the Indian team or for Mumbai Indians.

He has scored 4 fifties in the tournament with the highest score of 87 not out. The all-rounder also took 8 wickets in the 15 games. His average was 27.75 and a strike rate of 22.88. And an economy is 7.28 and the best figures of 3 for 17. He bowled an outstanding match-winning spell in the final and took the wickets of S Samson, J Buttler, and S Hetmyer.

The GT skipper also made crucial runs with the bat in the final. The match officials awarded him Man of the Match for his all-around performance.

In this year’s IPL, he promoted himself up the order in the batting. The all-rounder took the responsibility of playing long innings.

Generally, his role in the Indian team and for the MI over the last few years was to play as a finisher. But now he played with maturity and stitch his inning. The purpose of going big and going hard in the end.

He led from the front and got the reward of winning the IPL title.

Kiran More, to the SG podcast, said- “The best moment for me in IPL 15 was the way GT played cricket. It was outstanding. And especially with Hardik becoming a captain and lifting the trophy, his personal performance was equally brilliant.

H Pandya and K Pandya used to go to K More’s academy in their early days. Recalling that, he also said- “He wanted to play the sport. K Pandya had joined my academy, and Hardik used to hang around. He used to keep running behind the nets and catching the ball. That is when I told Krunal to bring him to nets as well, and that’s when I saw the hunger in his eyes.”

“For me, Hardik was a young kid who wanted to perform all the time. I now believe he is a four-dimensional player because he was a bowler, batter, and fielder, but now he is a captain as well. So, you feel proud that you have such a talented cricketer on the national side”, K More added.

The next assignment for him is INDIA vs SOUTH AFRICA SERIES

Now, he is set to come back into the national side with full fitness and his next assignment will be the five-match series India vs South Africa T20I starting on June 09 at Arun Jaitley Stadium, Delhi. He is coming to the Indian team after the ICC T20 World Cup 2021 in Dubai.

The eyes will be on him as to how he performed against a quality side like South Africa. We can now see him as a part of the leadership group. And he can surely give his inputs to the captain KL Rahul. In the absence of the regular captain Rohit Sharma, KL Rahul will lead the side in the five-match series.

In the absence of some of the big players (V Kohli, R Sharma, and J Bumrah), his role will be vital for the team in the series as India is preparing for the next ICC T20 World Cup.

The next ICC T20 World Cup is just 5 months away. And he will play a key role in the tournament.

He is the best all-rounder right now India has in the limited-overs format. The importance of an all-rounder is immense, especially in the shortest format of the game.

He gives the right balance to the team as an all-rounder and he is a gun fielder. The all-rounder has added another skill to his armory. We can see him captaining the Indian side in the future. Still, these are the early days, but surely he will be the one to look for in the future in the role of captaincy.

Right now, his all focus will be on T20 World Cup in Australia. As he also said after the IPL that he wants to win the World Cup for India.

The series against SA will be a journey to the T20 World Cup. We all are excited to see how the series panned out. South Africa has announced the strong squad and it will be an interesting series to watch.

Thank you for reading the article and keep following the latest sports-related updates.