Kabaddi: Why is it famous in India? 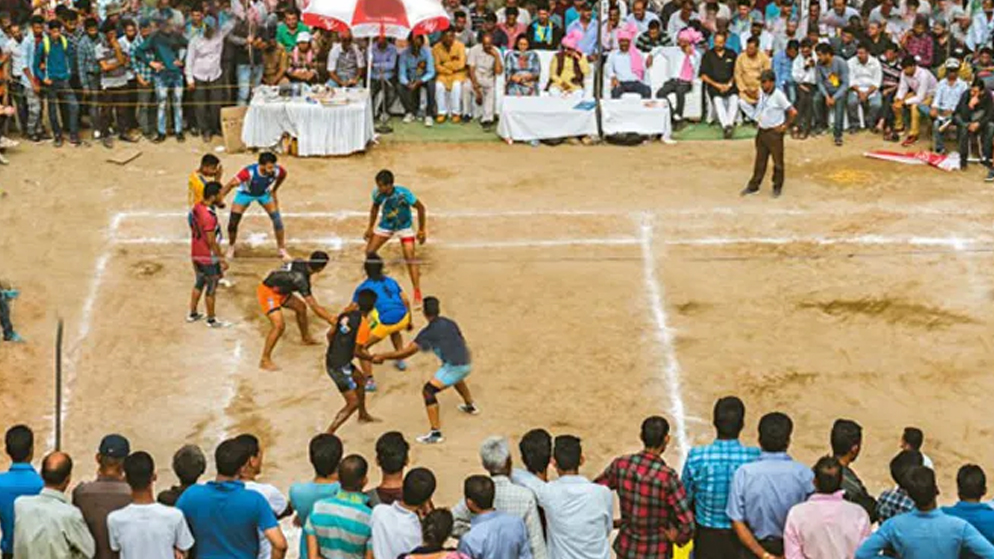 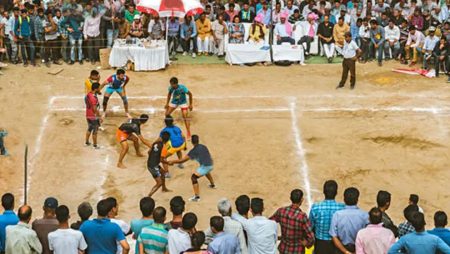 Kabaddi in India -the game of struggle has its roots in ancient times! There are accounts of the game from the Vedic era. For instance, it finds a mention in the Mahabharata. There is a passage about Arjuna. The text describes how he sneaks into hostile areas without harming enemies.

Besides, there are tales of Lord Krishna and Buddha using it for fun. But, despite all these claims, modern Kabaddi is a new sport.

The earliest cited Kabaddi codes are from Maharashtra in 1921. Since it has grown as an original sport in India. Indians were playing it as a mix of Gaminee and Sanjeevani formats.

In 1923, tournament organizers set up new rules. In 1950, the Indian state set up the All India Kabaddi Federation. Next was the Senior National Championship of 1952.

Further, in 1972, India rooted the Amateur Kabaddi Federation of India (AFKI). It has helped in making the sport famous in India. After that, AFKI introduced junior and sub-junior kids to the game.

In particular, it has a long history and origins from India. But, the sport has only become famous in the last few years. It has become a famous sport only since 2014. This is due to the Pro Kabaddi League (PKL). Kabaddi has come out on the national level post the first season of PKL. The league has employed many new and clever features. They attracted more viewers and, hence, popularize the game.

Kabaddi is a contact team sport. It blends the features of rugby and wrestling. People all over India play Kabaddi. It also enjoys fame among nations in the Indian subcontinent. Besides, it is a very inexpensive game. You don’t need any special equipment to play this sport.

Every match is 45 mins long with a 5-min break between each half. Each team has 12 players, with 7 taking the field at a time. At the start of the match is a coin toss. Next, the winner decides if to take the first raid. Then, a raider from the attacking team runs towards the opponent’s side. The aim is to tag as many players as they can. There are steady chants of “Kabaddi” “Kabaddi” by the raider in his raid. Hence, players have to do the raid in a single breath.

Each raid lasts for 30 secs. The defending team has to avoid getting a tag by the raider. Further, they need to ensure the raider cannot reach their half. Both teams exchange roles post the 5-minute break. The team with the most points wins after the time is up.

The IKF is the official global governing body for Kabaddi. Formed in 2004, the IKF has its base in Jaipur, Rajasthan. It has 31 associate nations at the moment.

India is the patron of Kabaddi. Moreover, it is a sport where India leads on a global level. Currently, India holds the top spot in the IKF rankings. Some of the most popular forms of Kabaddi played in India are Sanjeevani, Amar, and Gaminee.

Sanjeevani: This is the standard form of Kabaddi. It is the go-to form for global matches.

Amar: This format differs from Sanjeevani in one aspect. A player deemed out remains inside. Further, for every player from the opposite team touched out, the attacking team gets a point.

Gaminee: In this format, a player who gets out has to remain out until all their team members get out. A team that outs all players of the opponents gets the win.

Further, India has been a pioneer in the development of Kabaddi. The game is now a standard sport in India. Again, India introduced Kabaddi on the global stage. In the 1936 Berlin Olympics, Kabaddi got its first global recognition. An Amravati team showed Kabaddi in the Olympics.

Star Sports bought a 74% stake in Mashal Sports, seeing huge success. Since then, Star Sports has been the main broadcaster.

PKL made some major additions to make the game more interesting and exciting. They are:

Other Reasons Kabaddi is popular:

India is a country of sports fans. People treat the most famous Indian sportspersons like gods! Indians have great joy and support for sports like cricket and Kabaddi. Further, the ancient origins of Kabaddi mean that the country has been playing it for a long time.

Some accounts suggest Kings used to play Kabaddi as a test of might. There are also tales of Lord Krishna and Buddha playing Kabaddi too! So, Kabaddi has always been popular in India for many reasons. Above all, the PKL has now made the sport famous across the country and beyond.

Kabaddi: A gift from India to the world of sport

Kabaddi, in the true sense, is an Indian sport. It is fun, exciting, and has an Indian soul to it. Kabaddi originated in India in ancient times. Moreover, it can trace back its roots to the Vedic times. Since then, the game has grown for the better. To find the source of modern form, we have to go back to the 1920s.

The first organized events took place in the 1920s in India. The first efforts to standardize the sport date back to 1950 with the AFKI. India also helped promote Kabaddi by introducing it to the Asian Games of 1951 in New Delhi. These advances have been vital in making Kabaddi a famous global sport. Hence, India is a crucial player in the efforts to make Kabaddi a global sport.