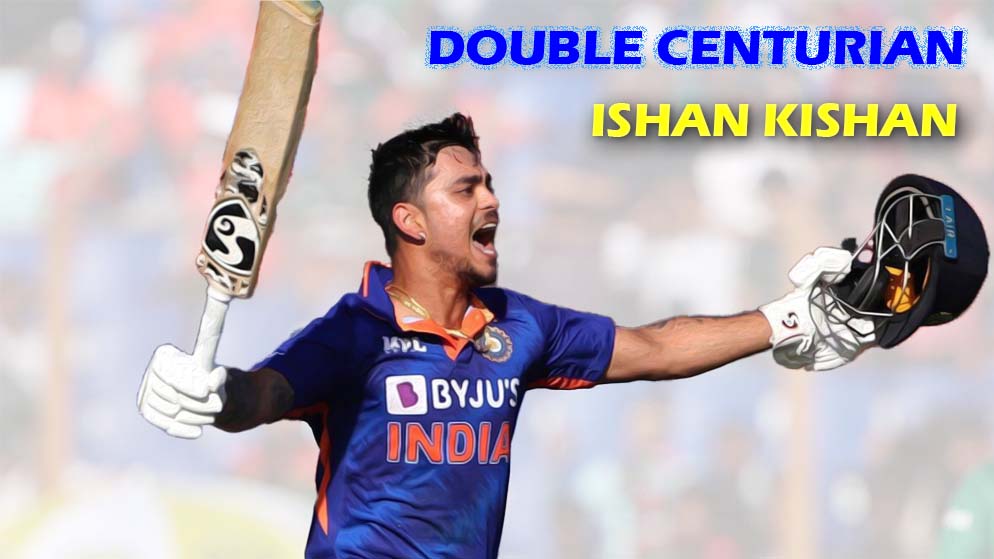 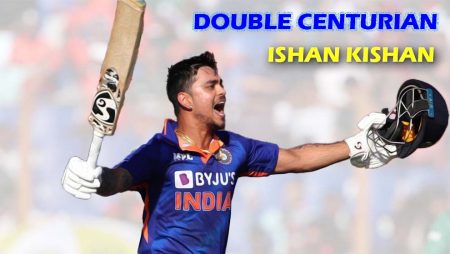 Ishan Kishan on Saturday slammed the fastest ODI double hundred in One-Day Internationals during the ongoing 3rd ODI between India and Bangladesh in Chattogram.

Ishan Kishan, replaced the Indian cricket captain and opener, Rohit Sharma, in the dead rubber against Bangladesh in Chattogram. Kishan has now blasted the fastest ODI double-century off just 126 balls. In doing so, he managed to shatter the previous ODI batting record held by Chris Gayle, who’d taken 138 balls against Zimbabwe in the 2015 World Cup.

Kishan reached the milestone by grounding out a yorker from Mustafizur Rahman in the 35th over. With a smart opening of the face of the bat, he guided the ball to the vacant region of the ground.

The feat of scoring three double centuries has been achieved by Rohit Sharma. It was Sharma’s thumb injury that resulted in Kishan coming into the fold. If it was not for Rohit’s injury, we would have not been witness to such brutal innings.

It was a bold performance in which he took his time on a tacky pitch. But he never cut loose during the middle overs. This is the earliest anyone has reached a double-hundred in a team inning. It seemed that the unthinkable could happen, but unfortunately, he got out trying to hit his 11th six.

Some of the other records that he tumbled during his majestic inning include:

Meanwhile, in the second innings, the Indian bowlers folded Bangladesh for just 182 runs, inflicting their biggest loss in ODI history. Despite winning the final tie by 227 runs, India lost the series 1-2.

For India, Axar Patel and Umran Malik each took two wickets, and Shardul Thakur bagged three wickets. This is India’s second consecutive ODI series loss in Bangladesh. They lost an ODI series in 2015 too under the leadership of MS Dhoni.

Both teams will now lock horns against each other in a two-match test series.