Is Rohit Sharma better than Virat Kohli and Sachin Tendulkar? 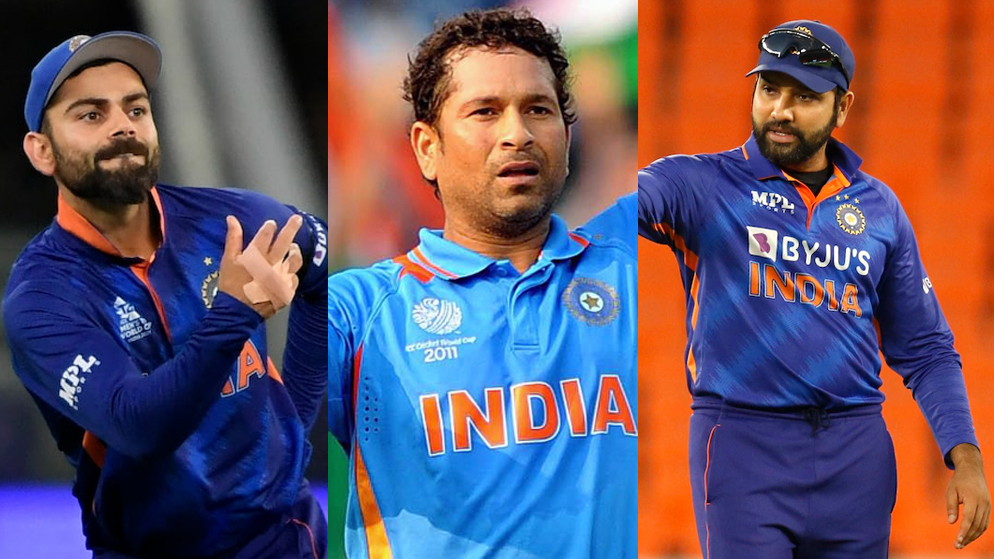 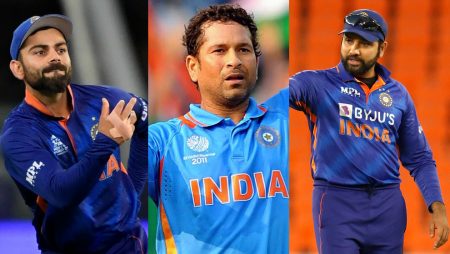 Rohit Sharma, Virat Kohli, and Sachin Tendulkar are without any doubt the gems of the Indian cricket team. In order to find out who is a better player among them, we must need to understand their role in the team. Another important factor to consider is their gameplay. So let us compare these three legends of the game and find out if Rohit Sharma is better than Virat Kohli and Sachin Tendulkar.

The gameplay of Rohit Sharma

Rohit Sharma is an aggressive opening batsman who can hit sixes at will. He is well known for how daddy hundreds in ODI. Rohit Sharma because of his ability to hit the ball well became famous as Hitman. Another key feature of Rohit is that he has scored the highest number of centuries (5) in a single ODI World Cup. He is the highest run-getter in the world when it comes to T20 internationals.

We will get tired of counting his records, but it won’t finish soon. So let us not talk about the records let us understand his gameplay. Even if Rohit is an opener we have to understand that he started opening late in his career. Before 2013, Rohit used to play in the middle order, as we all know that coming down the order and scoring hundreds is not that easy. So we won’t keep hundreds as a vital deciding criterion.

So what makes Rohit Sharma a great player is his ability to time the ball. There is no other player in this game who has such wonderful timing. The pull shot that he plays is just a delight to watch. Even as a captain he has proved his worth and can play some crucial knocks under pressure. And to be a great player, Rohit has definitely everything that is needed.

The gameplay of Virat Kohli

Virat Kohli, the best batsman of this generation, is certainly a tough competitor on the list. Virat Kohli has 70 centuries so far and has many records under his belt. He is a great player and also part of the fab 4 players of this generation. Virat Kohli has been named as a cricketer of the year several times, whereas other players struggle to get it once in their career. Even for Virat, we have to keep his records aside and understand his gameplay.

Virat right from the start of his career is batting in the top order. Needless to say, he has owned that position. Virat Kohli batting in his prime is still a nightmare for the greatest bowlers of the game. Virat is that kind of player who likes to finish off the games, he makes sure that he is there in the middle until the last run. It is for this reason that he is also called a chase master.

When it comes to the world cup matches or knockouts Virat has delivered it. We all think that Virat will even break many more records, among them 100 centuries is definitely on the cards. No matter how his career ends, he will be a great player and always remain as king Kohli.

The gameplay of Sachin Tendulkar

Sachin Tendulkar, the God of cricket, has almost every record in the book under his name. Sachin has set a benchmark for players like Virat and Rohit. The domination that Sachin had during his era cannot be explained in words. People were crazy to go and watch him bat, even the bowlers that he faced were pretty decent as compared to today’s bowlers. . It is not that bowlers aren’t good today, it is just that rules have made it easy for the batsmen.

Sachin Tendulkar batting in the crease itself is a positive sign for Indians. No one can ever forget the innings he played at Sharjah, very few players can play more than 1 great innings. It is very difficult to compare Sachin with anyone else because he is a role model for almost every other cricketer playing for India.

Sachin Tendulkar, Rohit Sharma, and Virat kohli are three different players who add different abilities to the team. It is really hard to compare players only on the basis of records and numbers. Rohit Sharma’s pull shot, Virat Kohli’s cover-drive, and Sahin Tendulkar’s straight drive are some beautiful sites on the cricket ground. No one can replace others in terms of their abilities.

Sachin has finished his career and has already achieved more than any other player of his generation. Rohit Sharma and Virat still have a long way to go, however, they are promising cricketers and even Sachin himself has said that these two players have the potential to break his records.

Rohit Sharma and Virat have a great understanding between them, and they support each other. India is very fortunate to have a hitman, king, and god playing for them.

So is Rohit Sharma better than Virat and Sachin? Rohit Sharma, himself gave the answer to this question. Rohit says the comparison is the thief of joy. It is wonderful for the audience to know stats and compare but as a player, the only goal is to win for the nation.