Is India Likely To Face Pakistan Again At The 2022 Asia Cup? 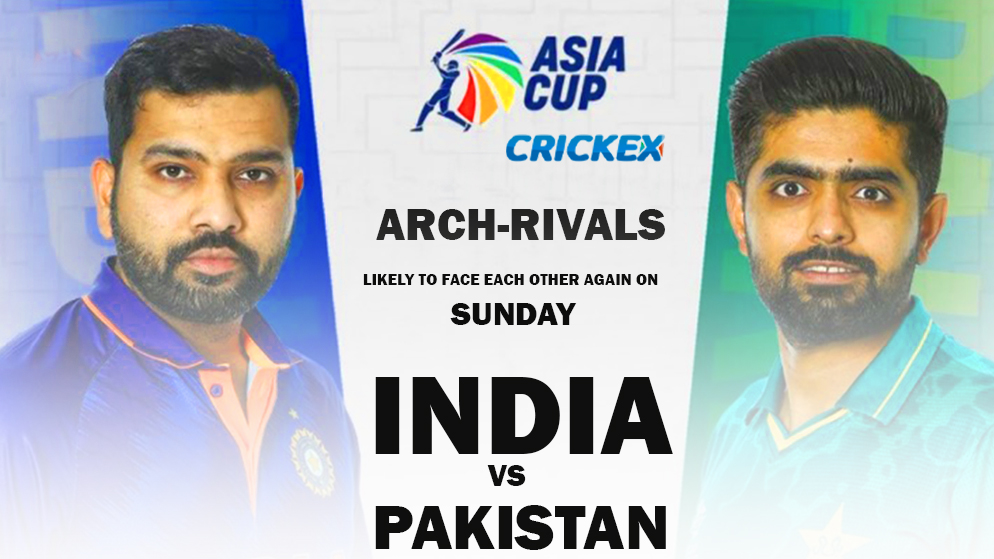 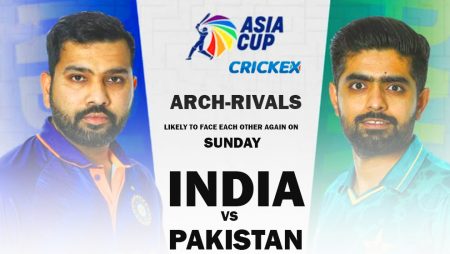 The Asia Cup 2022 started on August 27 with Afghanistan winning the first game convincingly against Sri Lanka. India started their campaign with a hard-fought win against the arch-rival Pakistan in the second game.

Team India won the important toss in a much-hyped contest and as expected, chose to bowl first. The team has gone with the experience of D Karthik over R Pant.

For Pakistan, their main pacer S Afridi was injured. And M Wasim Jr. also picked up an injury just before the tournament started.

Indian new ball bowlers have started off really well. B Kumar got the big wicket of the opposition captain B Azam. A Khan came into the attack and got smashed for a few runs. But came back stronger as he got F Zaman just before the end of the first powerplay.

I Ahmed and M Rizwan stitched a 45 runs partnership for the 3rd wicket. They were going slowly but started to look good and was set to post a competitive total.

H Pandya came back into the attack and got the breakthrough for India. He got Ahmed who made 28 off 22 balls with 2 fours and a six.

H Pandya got another set batter in M Rizwan in his first ball of the last over. He got two wickets in the same over and dent Pakistan’s inning.

Indian pacers used the short ball very well. As the pitch was a little two-paced and had more bounce. The pacers exploit the condition to a good effect.

Pakistan didn’t have a strong partnership after that and at one stage, they were 128 for 9.

Some hits from H Rauf and a cameo from S Dahani helped Pakistan to get some momentum in the end and they made 147.

When India came out to chase the target. The debutant N Shah bowled a very good new ball spell and got the ball to swing and seam both ways. He got KL Rahul on the 2nd ball and almost got V Kohli in the same over.

R Sharma and V Kohli made a partnership but both were looking a bit scratchy. Both got out to M Nawaz in the span of 3 overs and India were in some kind of trouble.

R Jadeja promoted to No. 4, maybe because S Khan and M Nawan were bowling at that time. He played a good inning of 35 off 29 balls. In the end, H Pandya also played a crucial cameo of 33 off just 17 balls. And helped the team to get over the line.

R Jadeja and H Pandya made a 52 runs stand for the 5th wicket and help the team to get over the line.

When 6 runs needed off the last 3 balls, H Pandya hits a six over long on to M Nawaz and won the game for Team India.

Pandya was the man of the match for his outstanding all round performance.

How India and Pakistan can meet again in the Asia Cup 2022 again?

Indian fans will now relieve themselves as they were waiting for revenge for the last year’s WC loss.

But at the end of the day, it’s a sport and it brings the two teams together. Now, there might be a possibility that India and Pakistan will meet again in the Asian Cup 2022.

Group A in which India and Pakistan. And Hong Kong is placed. Hong Kong is one of the weakest teams. If Pakistan and India both beat Hong Kong, then they might play another game in the Super 4 stage on September 04 at the same venue (Dubai International Stadium, Dubai).

Also, if Pakistan and India both made it to the top 2, they will meet for the third time in the Asia Cup 2022 in the final.

The way of going into the final is a little bit tougher as they will meet either Sri Lanka, Afghanistan or Bangladesh, which are better competitors than Hong Kong.

Will India and Pakistan meet again in the Asia Cup 2022 again?

But, it is cricket. You never know what’s going to happen. It is a game of uncertainty. Maybe Hong Kong will make an upset by beating one of the two teams. But the possibility of this happening is very less.

Let’s see how the tournament goes. We as fans are excited to see the clash between India and Pakistan again in the Asia Cup 2022. We shall find out in a few days.