IPL Qualifier 2 Prediction: Which 2 Teams will Make it to the Playoffs 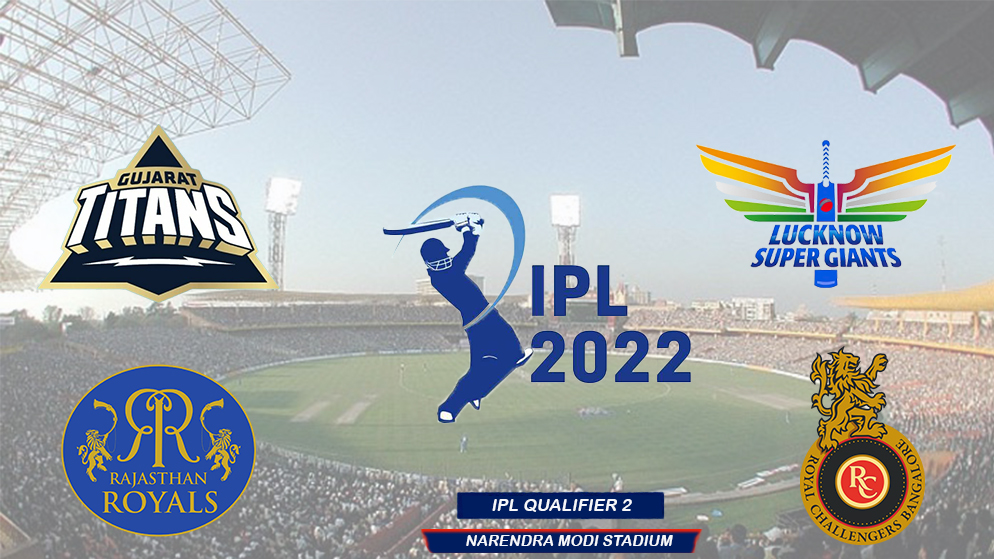 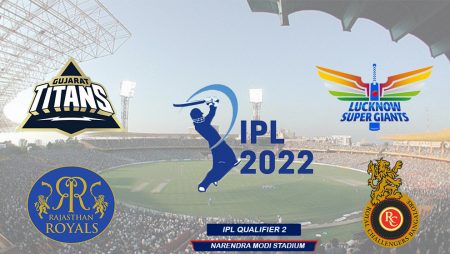 With few upsets and many controversies, we finally enter the business end of the Tata IPL 2022 that is the IPL Playoffs. Who would have thought that the heavyweights such as Mumbai Indians and Chennai Super Kings will occupy the bottom two positions in the table? But that’s just T20 cricket, you never know until it actually happens.

Two new teams entered the IPL 2022 arena and both teams make it to the IPL Qualifier Round, the first being Gujarat Titans, led by swashbuckling all-rounder Hardik Pandya. The second is the Lucknow Super Giants led by Dependable opening batsman KL Rahul. Both teams shocked everyone with their outstanding performances in the debut season. Eventually, both the teams managed to reach the IPL playoffs as well.

With the IPL qualifier 1 done now, the IPL prediction has become much more complicated. And With the final spot up for grabs, the eliminator match on 25th May 2022 between the Royal Challengers Bangalore and the Lucknow Super Giants will be the one to watch out for.

IPL 2022 Eliminator, the contest between the RCB and LSG will take place on 25th May at 8 PM IST. The winner will advance to IPL Qualifier 2 and play against the loser of the IPL Qualifier 1. The contest would be thrilling as both the teams will give everything in their do-or-die match.

LSG, captained by KL Rahul finished the group stages at the third position with 9 wins. Meanwhile, their opponent RCB managed to grab the last playoff berth after MI beat DC by 5 wickets

Earlier in the group stages, Royal Challengers Bangalore managed to beat the Lucknow Super Giants by 18 runs. RCB posted a total of 181/6 in their 20 overs. Their captain Faf du Plessis scored a quickfire 96 off 64 balls. In return, LSG only managed to score 163/8 in their 20 overs. RCB’s Australian pacer Josh Hazlewood grabbed 4 key wickets to seal their victory.

The historic Eden Gardens in Kolkata will host this fierce do-or-die encounter. The match will be broadcasted at 7:30 PM IST. Viewers can watch it on the Star Sports network and the Hotstar app as well.

The Eden Gardens pitch traditionally offers seam movement for the pace bowlers in the initial overs. In recent times, the pitch has also offered bounce and good ball carry through to the wicketkeepers as well.

Toss has always played a big role in determining the outcome of the IPL 2022. With the dew factor coming into play in the later stages of the match, the teams have conventionally preferred to bowl first after winning the toss.

However, rain could play a spoilsport in the match. The met department has provided an IPL prediction for the weather on 25th May. There is a small possibility of a thunderstorm around 8:30 PM IST. However, the chances of heavy rain are very slim and it will not have a big outcome on the result.

Will RCB finally cross the line?

For RCB, the season started with a bang. But they made life tough for themselves by losing several key matches in the middle. With the players they have brought this season and a change in captaincy, they would hope to win their maiden IPL title finally.

Since 2016, they have not managed to reach the Eliminator stage. Now, with Virat Kohli getting his form back, Maxwell, and Karthik firing in the middle order, the team looks set to pose and even chase a big target.

In the bowling department, they could look to bring in pacer Mohammad Siraj for this critical contest. With their in-form bowlers such as Hazlewood, Harshal Patel, and leg spinner Wanindu Hasaranga, who might go on to win the Purple Cap this year, the team has looked as balanced as ever.

Can LSG create History in their Debut Season?

LSG has impressed everyone in their debut season, from the auction to the group stage performances. Their formidable opening duo of KL Rahul, who has scored two centuries in the IPL 2022, and Quinton de Kock, have been exceptional with the bat. Once again, their team will bank upon them to stitch a match-winning partnership at the top.

Deepak Hooda and all-rounder Marcus Stoinis have proved their mettle in the middle order. Their young pace battery that consists of Mohsin Khan and Avesh Khan has been successful and economical as well.

On a brand new Eden Gardens pitch, one can expect a fierce encounter. In a packed Eden Gardens, one can also expect huge support for RCB, given their branding and reach. But you just cannot rule out this LSG team who has played a fearless brand of cricket so far.

For more IPL news and IPL predictions, visit our website.