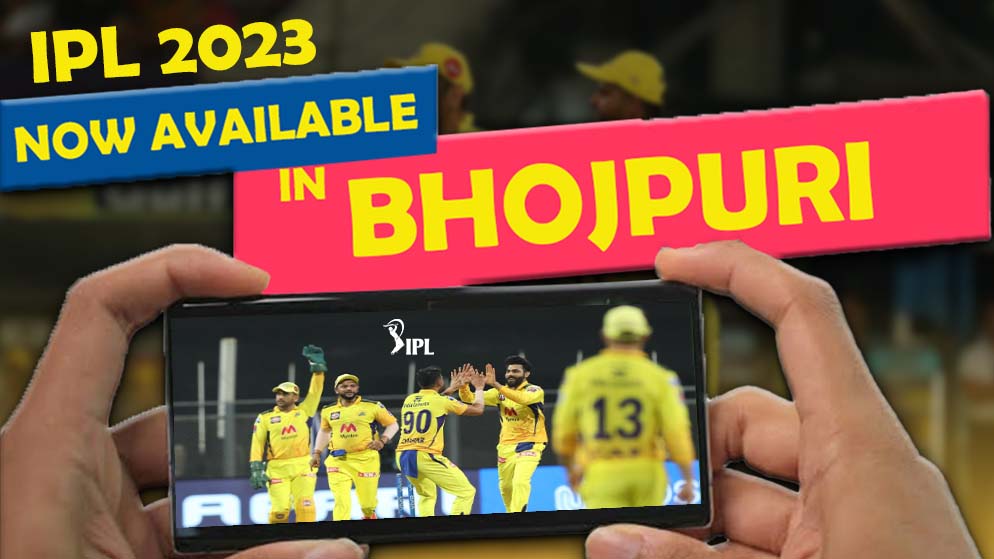 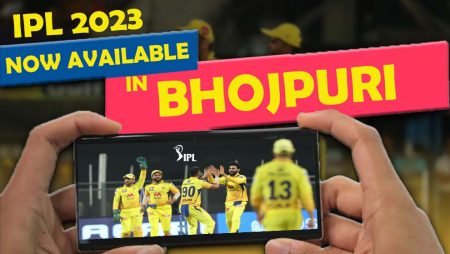 Fans of cricket eagerly wait for the Indian Premier League. And, the IPL 2023 is not so far away. The teams and all franchises are all set to go to war, both on the field and off the field. There will be ten teams this year. It is the 16th season of the Indian Premier league. The viewership is rising tremendously with every season.

Now you can watch it on ample platforms. There will be Ipl 2023 live streaming on certain platforms. However one of the most unique things about IPL 2023 is that the very first time the streaming will be in Bhojpuri too. The language of Bihar and eastern Uttar Pradesh covers a wide range of viewers.

In the earlier seasons of the Indian premier league, the live streaming was available basically in six different languages. Those languages were Hindi, Kannada, Telugu, Malayalam, Tami, and English.

Now in IPL 2023, for the first time in IPL history, live streaming will be available in Bhojpuri. The language is second on the list of the most popular languages in India. Thus, with IPL 2023 live streaming in streaming a lot more people are going to join the audience of IPL. In total, the broadcasting will be done in 11 different languages in total this year.

There are also different media rights partners in the upcoming season. Those two are Star Sports network and Viacom 18. Both will be streaming the IPL 2023 live. So, everyone can watch it.

There were different packages available for the IPL 2023 live streaming. Viacom 18 managed to bid the highest for the media rights of package C. It was for INR 3,273 Crores. To own all the media rights for IPL 2023, Viacom 18 did pay INR 23,758 crores in total.

Apart from these, there were media rights to package D too. They cost INR 1,058 crores. Now Viacom 18 has the rights to broadcast the Indian Premier League in South Africa, Australia, and the United Kingdom.

With such a high price for media rights, the worth per match of the IPL goes up to INR 115 crores. Yes, that is per match cost. Surprisingly, this is still the second most expensive and profitable league. The first one is the NFL.

During the earlier period, ‘Star’ manage to buy both TV and digital rights for just INR 16347.50 crores. With a drastic increase in that, the latest price of both after five years is INR 48,300 crores.

If you are a fan of IPL and do watch the matches online through Disney + Hotstar. Then you must be completely aware of the package you need to pay for. They allow you to watch a match for free, just for 15 minutes. And, then they ask you to buy the subscription for the same.

For IPL 2023, Jiocinema is streaming it online for free. Yes, you are reading it right. You just need an Internet connection and a JIocinema app to enjoy the Ipl 2023 live streaming for no cost at all.

Due to this very same reason, Sports18 cut off their rates too.

There is one of the senior media planners who did say “They are playing on reach and mass. They claim to reach 500+ million subscribers and no match is behind any paywall. They want to connect with newer advertisers who have always aspired to be associated with IPL but did not have the means. Also, the legacy brands will nevertheless continue their association.”

This could definitely be true as this mode of advertisement attracts users. Later when everyone gets habitual of free IPL  live streaming, they will raise the price.

Now the major point of attraction besides the IPL 2023 matches is the streaming of the same in Bhojpuri. It would definitely be fun to watch and listen to. Fans with their local language in cricket will feel more attached to the game. The Indian Premier League will touch the height of the audience this season.

So, keep enjoying and wait for the league to start.