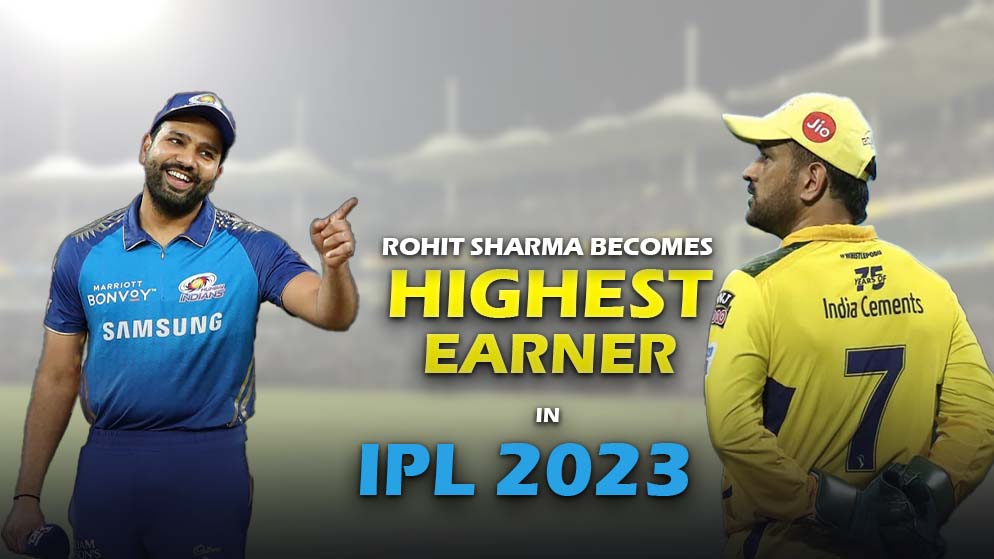 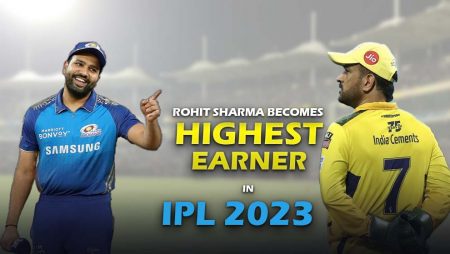 IPL 2023 is just less than 4 months away and we have some news related to Rohit Sharma. Current India’s Test and ODI captain Rohit Sharma surpasses former Indian captain, MS Dhoni, in terms of IPL’s (Indian Premier League) highest earner in 2023.

Also, Rohit Sharma is in the top 5 in the highest run scorer in IPL history. He is at No. 4 on this list. The first on the list is Virat Kohli with 6624 runs.

The Mumbai-based franchise has won five IPL titles under the leadership of Rohit Sharma. In 2013, when Ricky Ponting left the captaincy of Mumbai Indians midway through the tournament, Rohit Sharma was given the opportunity and he lived up to the expectations of the franchise.

MI won its first title in 2013 when they beat Chennai Super Kings (CSK) by 23 runs. Mumbai Indians scored 148 in the first innings and restrict CSK to 125. K Pollard was the man of the match for his 60 off 32 balls.

Again it was a close encounter with MI winning the game against CSK by one run. K Pollard again helped MI to put a decent total of 149 on the board. Shane Watson was the lone warrior in the 2nd inning for CSK. But he couldn’t able to cross the line as L Malinga defended 9 runs in the last over.

MI won their 5th title in 2020. Breaking the jinx of winning in the odd years. They beat Delhi Capitals in the final and become the most successful franchise in IPL history.

MI won all the trophies in the captaincy of Rohit Sharma

In the end, the main thing is Rohit Sharma becomes the highest earner in IPL history. MS Dhoni’s first contract with CSK was Rs. 6 crore. His last contract last year was Rs. 12 crores in IPL 2022.

Let’s see how IPL 2023 panned out. Who will be the winner of the IPL 2023? Will it be MI or CSK? Or maybe someone else. Comment your opinion below.