IPL 2022: Will GT or LSG win Title in their first season 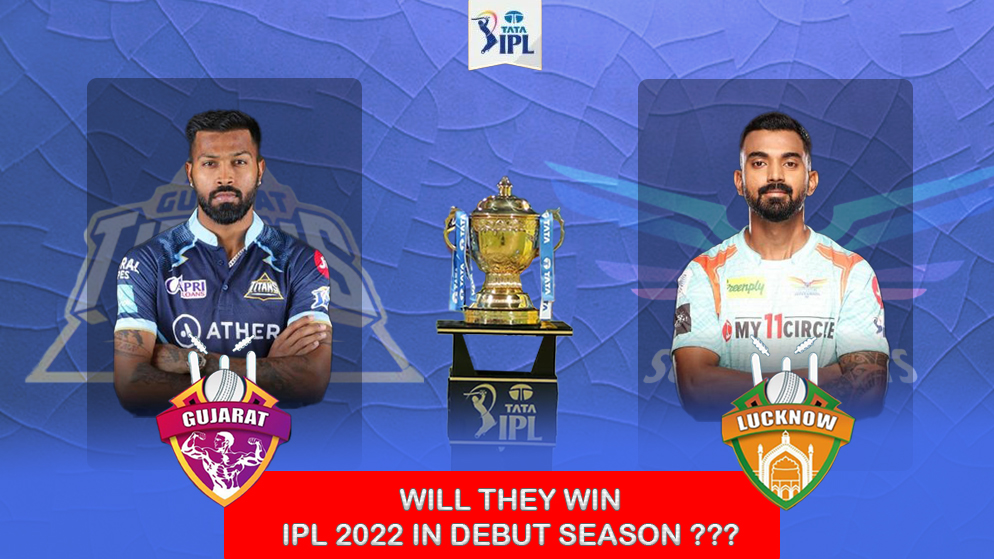 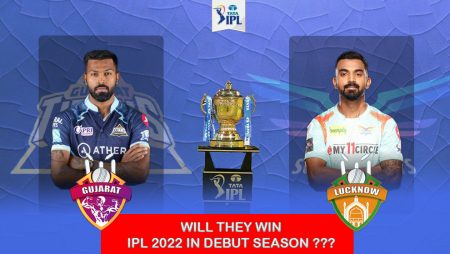 There are plenty of surprises that have been made in this IPL 2022 season. Well, the earlier heavyweights which were the Chennai kinds and Mumbai Indians are at the lowest in the table.

There are some new entries such as the Lucknow Super Giants or Gujarat titans have started with a great start on the other hand.

Well, as the fact suggests, the Gujarat Titans have started the best in the IPL 2022 session. With the 8 victories out of the 9 matches, they are currently sitting at the high points in the table.

In every victory, there is a different player that has won the player of the match award from Gujarat and that shows that they have played as a team.

Who is making a difference in Gujarat Titans & Lucknow Super Giants? And reasons for their continuity of good form in IPL 2022

On the batting side, there are some spectacular performances from the Gujarat Titans. Well, the same is the case with the Lucknow supergiants. David miller from Gujarat Titans played great by scoring 94 runs from the 51 balls.

Shubham gill on the other hand played two fantastic times. The first one was against the Delhi capitals as the opener scored 84 runs at a strike rate of 180+. In the match with the Punjab kings, Gill also made 96 runs from 59 balls. His batting consisted of the 1 maximum and 11 fours.

Hardik Pandya has also been in a form that is a plus point for the Gujarat Titans. There are more than two fifties that he has made. He has made a total of 228 in the first 5 matches.

After beating Rajasthan royals, he also delivered 87 runs from 52 balls. That was at the strike rate of 167.

Well, against Chennai, Rashid khan has proven himself on the leading side when there was the absence of Hardik, then he chose to play replacing the captain. He made 40 runs in 21 balls.

Rahul Tewatia also hit two maximum in order to win the game against the Punjab kings. That was match 16 of the IPL 2022. Abhinav Manohar, who is a right-hand’s batsman has also played well in this innings of the IPL.

Gujarat Titans also have one of the strongest bowling in the IPL 2022. Well, the trio of Rashid khan, Mohammad Shami, and Lockie Ferguson made it very difficult for the opposition.

In the opening game of Gujarat Titans, Shami has also displayed his craft. He was the one who bowled the Lucknow Super Giants KL Rahul on the first ball. Well, he did not stop there and removed various other players from the wicket as well.

Hardik Pandya and Rahul Tewatia have been very handy with the ball so far. Although he was injured, after that Pandya bowled the full quota of his overs.

Hardik Pandya leading the side from the front:

Well, there was not much known about Hardik Pandya’s ability as the captain of the IPL 2022. But the all-rounder has already impressed everyone by being the best batsman and taking the right decisions.

There has been great assistance from Ashish Nehra and Gary Kirsten who are his two mentors to him.

Before this, Hardik was a part of Mumbai Indians for 7 years. This is something that has helped him for building great assistance from the Mumbai conditions, especially in the Wankhede stadium.

This has given the Gujarat Titans an edge in the tournament.

Stoinis has also proved to be one handy batsman. He is also one good bowler and has proved it in this tournament as well. Ravi Bishnoi on the other hand also took some wickets.

Also, M Pandey has also proved himself in most of the matches as a string number 3.