IPL 2022: Who will face Gujarat Titans in IPL Playoffs Qualifier 1? 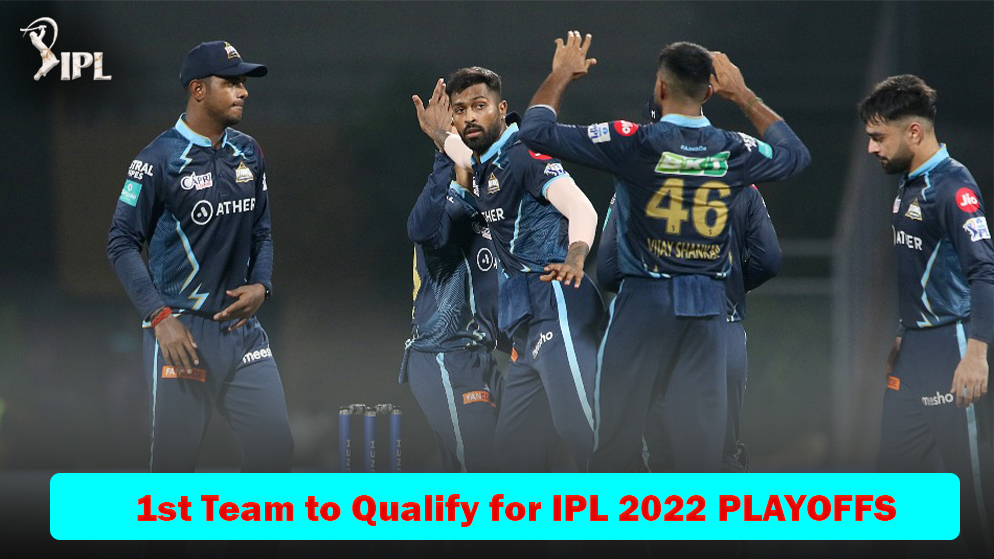 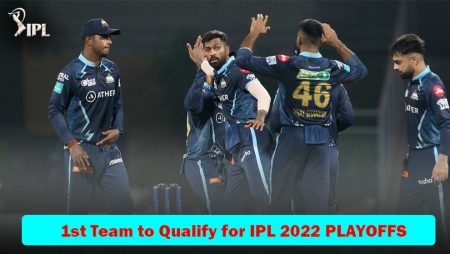 We are in the final stage of IPL 2022 group matches this week. Half of the teams have already been out of the team logically. However, some have a rare chance or hope for a miracle to qualify.

Mumbai and Chennai the most times champions of the IPL are already out of the tournament and can be party spoilers. Gujrat Titans have already allowed along with Lucknow supergiants and Rajasthan Royals.

Now let us look at the chances for the teams that are still in the race for the playoffs.

Teams that can qualify for the playoffs

Gujrat Titans the debutants have already made it to the qualifier 1 being at the top of the table with 20 points. That means they get two chances to reach the finals of Tata IPL 2022. Rajasthan and Lucknow are the two teams to look out for the number two spot. RCB and DC are the top contenders for the number four position and can end up with 16 points.

So the teams that have a chance to stay alive in this IPL tournament. They are Gujrat Titans, Rajasthan Royals, Lucknow Super Giants, Delhi Capitals/Royal Challengers Bangalore.

Why is Qualifier 1 so important?

Teams that will end up at the top two positions in the points table of Tata IPL will play Qualifier 1. The team that wins will go through to the finals. But the team that losses is not out of the tournament. They will get one more chance in Qualifier 2.

Teams that end up at number 3 and 4 on the points table have to play an Eliminator. And the team that wins the eliminator will have the losers of Qualifier 1. In Qualifier 2, winners of the eliminator round and losers from Qualifier 1 will play the finals.

So if you are in the top 2 you get two chances of playing the finals and if you are in the 3rd or 4rt spot then you have to beat all the three teams to win the title. Till now only two teams have won the matches after finishing the season in the 3rd and 4rth positions. That is why to finish in the top 2 and play Qualifier 1 is the most important thing for all the teams.

RCB and Delhi Capitals can end up with 16 points. And then it depends upon the net run rate one team will be at the number 4 spot. Lucknow super Giants are at number 2 position, but they have played all the 14 matches.

Chances of Lucknow Ending in the Top Two: IPL 2022

Lucknow won the game against KKR, but the game went down the wire. That is why Lucknow could not improve its net run rate significantly. If Lucknow wants to play Qualifier 1 in the IPL Playoffs 2022 then they have to pray that CSK wins against Rajasthan Royals.

CSK is already out of the tournament. And MS Dhoni said that he wants to try new players for the upcoming seasons. It’s very clear that CSK will not go with their core team and will give young players a chance to play. Lucknow will still hope that somehow CSK should manage to win the game under the likes of Conway, Ruturaj, and the leader himself MS Dhoni.

Chances of Rajasthan Ending up in the Top Two: IPL 2022

Rajasthan on the other hand looks like a very strong team. Even Jos Buttler hasn’t fired in the last few games, yet they have done well to put on a good score on the board. Rajasthan looks like a stronger team compared to CSK, but in cricket, you cannot take anything for granted. If CSK performs as they used to perform for the last few years it is game on for Lucknow Super Giants.

If you look at the stats then it is obvious to say that Rajasthan Royals will win the match and qualify for the IPL 2022 playoffs at the number 2 spot. With the lethal bowling lineup and incredible power hitter along with the comeback of Shimron Hetmyer. Rajasthan is the favorite to win the match.

Lucknow is at 18 points and has done what they could. Rajasthan has one more game left and has a great chance to win the game. So the chances of Rajasthan playing Qualifier 1 against the Gujrat Titans are high as compared to Lucknow Super Giants. It is 70% Rajasthan and 30% Lucknow to play Qualifier 1 in the Tata IPL 2022 playoffs.