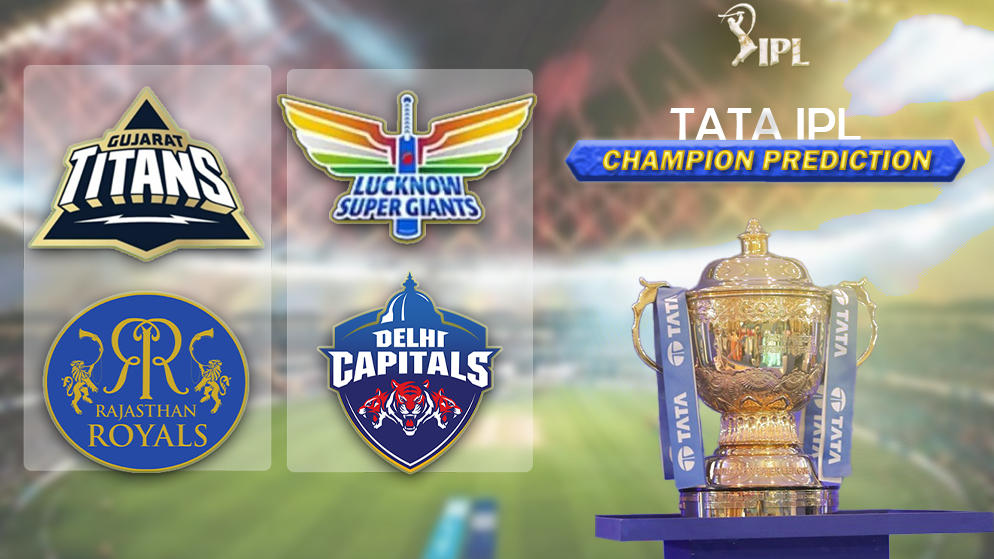 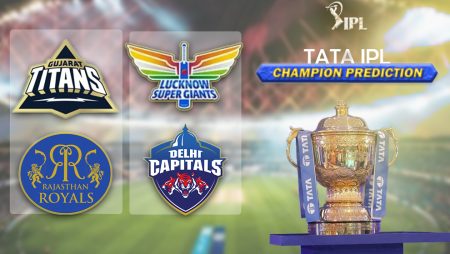 IPL 2022 winning prediction– The 15th edition of the Indian Premier League (IPL) 2022 has only 12 games left. We still don’t know who the other two teams (other than Lucknow Super Giants and Gujrat Titans) can qualify for the playoffs.

Gujrat Titans (GT) is set to go into the playoffs as they are at the top of the points table right now. With 9 wins in 12 games, they occupied first place with a net run rate of +0.376. (IPL 2022 Winning Prediction)

Interestingly, in this year’s IPL, the two new franchises are at the top of the points table. And two of the best teams in the history of IPL, Chennai Super Kings (CSK) and Mumbai Indians (MI) are in the last two positions.

Also, the competition is very tough this year with two new teams added.

The fight for the No. 3 and No. 4 is between Royal Challengers Bangalore (RCB), Rajasthan Royals (RR), Delhi Capitals (DC), Sunrisers Hyderabad (SRH), Punjab Kings (PBKS), and, Kolkata Knight Riders (KKR). As the trend suggests, we will have to wait till the last league stage match to see who will be the other two teams.

We, as IPL fans are used to this as we have seen over the years that there will be ups and downs in the points table till the end. It makes this tournament more interesting. (IPL 2022 Winning Prediction)

How teams can qualify for the playoffs?

RCB won the last game against SRH convincingly, but they dipped after a good start to the tournament. They have to win both their remaining games against PBKS and GT.

While DC would want RCB and RR to lose at least one of its games so that they can go ahead on a net run rate basis if the points are the same.

KKR is not out of the tournament but they have to depend on the other teams. First, they have to win both their game remaining against SRH and LSG, so that they can get to 14 points.

Their chances are very less this year. So, we are considering them out of the playoff race.

SRH and PBKS have the only advantage are they have 3 games remaining. One of the games will be against each other.

So if one of the two teams wins all three matches, they will reach 16 points. So, they still have a chance to qualify for the playoffs.

RR, on the other hand, has its faith in its hands. If they win only one of their remaining next two games, they will qualify on 16 points with a positive run rate.

That means, they will have two chances to be in the final in case they lost the first qualifier.

On the other hand, Lucknow Super Giants (LSG) is also set to get qualify for the playoffs. But they have to still fight for the top 2. If they lose their next two games, and RR win their next two, RR will get the top 2 spots.

RR, on the other hand, is the third team picked by us. They just need to win one game in the remaining two and they will be in.

The main tussle right now for the No. 4 spot. RCB and DC are the two front runners in the race.

Considering RCB’s concern, V Kohli’s form, and their bowling unit, DC has a fair chance to get the nod.

DC’s batting is looking more settled than RCB and their bowling has variety as compared to RCB.

So, DC is the fourth team picked by us in the playoffs. But this is IPL, and we have seen how uncertain this tournament is. You never know what will happen in the next game.

Among the four teams picked by us, Gujrat Titans, Lucknow Super Giants, Rajasthan Royals, and Delhi Capitals, we will try to figure out who will be the winner in the tournament according to their strength.

Rajasthan has a strong bowling lineup with T Boult, and P Krishna is an out-and-out wicket-takers. They have a spin battery of Y Chahal and R Ashwin.

In the batting department, they relied on J Buttler very much. S Samson hasn’t performed up to his standard and the other batters like Y Jaiswal, D Padikkal, etc have done well in patches.

The two Australians, D Warner, and M Marsh are doing well and R Powell is giving you the faith of finishing games on his own.

Their bowling has variety and A Nortje is also coming in form.

Lucknow has the best batting lineup if you see it on paper. They have two destructive openers who score runs consistently. They even have the two overseas all-rounders in M Stoinis and J Holder.

Both the players are runaway match-winners with the bat and ball. Both give the proper balance to the team.

Among all the four teams, GT is looking the best in terms of winning the tournament. They have played so many close games and have been in pressure situations. (IPL 2022 Winning Prediction)

The close games they played will help them to see the pressure situation. They have a very lethal bowling lineup in M Shami, L Ferguson, R Khan, etc.

There is an old saying that ‘Batsmen win you matches, but bowlers win you tournament’.

They have a strong middle order in D Miller, R Tewatia, and R Khan. Whenever they are in trouble, one of them has pulled them back into the game. W Saha also gave a good start for GT in the top order.

All and all, we have picked Gujrat Titans (GT) as the strong contenders to win the tournament. (IPL 2022 Winning Prediction)

But as we said earlier, don’t expect anything from this tournament. It will change in the blink of your eyes.

Thank you for reading the article and keep following the latest updates.