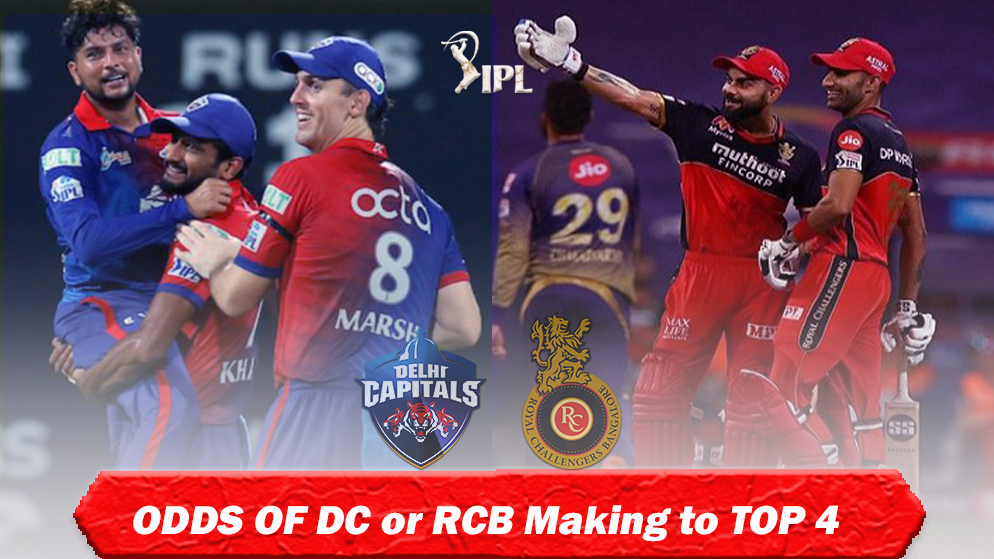 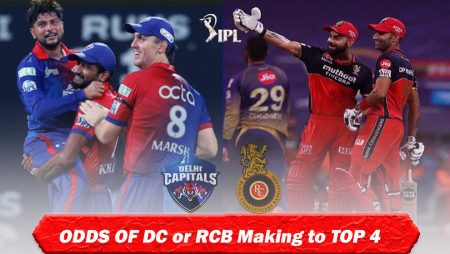 We are into the last part of the Indian Premier League (IPL) 2022 with only 8 league stage matches remaining. There are three teams who are set to go into the IPL Playoffs. The three teams are Gujrat Titans (GT), Lucknow Super Giants (LSG), and Rajasthan Royals (RR).

GT is at the top of the points table with 10 wins in 13 games. They will finish at the top even if they lose to RCB in their remaining game. No other teams can reach the 20 points this season now.

LSG is also through to the playoffs. They are at No. 3 in the points table with 8 wins in 13 games. Their only concern is “Will they finish in the top two”?For that, they have to win its last game against KKR and hope that RR will lose against CSK.

RR, on the other hand, is at No. 2 in the points table with 8 wins in 13 games. They are better placed in terms of net run rate (NRR) as compared to LSG.

The fight for the No. 4 spot is still on. For that place, Royal Challengers Bangalore (RCB), Delhi Capitals (DC), Kolkata Knight Riders (KKR), Punjab Kings (PBKS), and Sunrisers Hyderabad (SRH) are all in the race.

Today, we will be talking about the odds for RCB and DC to qualify for the IPL 2022 playoffs.RCB is at No. 4 in the points table right now. They have won 7 games out of 13 they played till now. Their only problem is the net run rate. RCB’s net run rate is -0.323.

Their remaining game will be against the table topper Gujrat Titans on May 19 at Wankhede Stadium, Mumbai. It is a must-win game for RCB. They will be at 16 points if they win.

What if DC and RCB win their remaining games?

A lot will also depend on today’s DC vs PBKS game. Both teams are at the same points with the same number of matches played. But DC has a better NRR than PBKS.

Bangalore will be out of the IPL 2022 if they lose their last game against GT. In that case, either DC or PBKS will qualify for the playoffs.

Because DC and PBKS have a better net run rate than RCB. So if RCB, DC, and PBKS will be at 16 points at the end of the league stage, RCB will be out because of the poor NRR.

What is the scenario for RCB to qualify without depending on the net run rate (NRR)?

RCB can qualify if they win the last game. Then, will hope that the loser of the DC vs PBKS game will win its last game. (IPL 2022 Playoffs)

What is the scenario for DC to qualify?

(1) DC’s faith is in their hand right now. They just have to win their remaining two games and they will be through to the playoffs even if RCB wins the last game.

This is because DC has a better net run rate than RCB.

(2) DC can still qualify if they win only one game out of the two. For that, they have to lose a game by a less margin and win the other game. They have to hope that RCB loses its last game if DC has to qualify in that scenario.

Other teams in the race for IPL 2022 Playoffs

KKR and PBKS are in the hunt as well for the playoffs. But KKR is unlikely to go to the playoffs. They have to depend on the other teams and the scenario is very complicated for them. They have only one game remaining.

PBKS has a fair chance to go to the playoffs if won both of its remaining games against DC and SRH. They will be at 16 points with a better run-rate than DC and RCB (if RCB won its last game).

They need to win the last two games with a huge margin. Still, they have to hope that DC defeat PBKS and lost their last game by a huge margin.

In conclusion, RCB’s current form is not up to the standard and it will be difficult for them to beat the table-toppers Gujrat Titans. GT has the right balance in the team.

Also, DC is peaking at the right time with the right balance in the team. They will be in if they perform well in the last two games.

The odds are in favor of RCB getting out of the tournament. But you never know what will happen in a tournament like IPL. Let’s see how the league stages panned out.

We will get to know all about this on May 22, when all the matches of the league stages are done. Till then, keep reading the articles following us for the latest sports-related updates.