IPL 2022 may be the worst season for Mumbai Indians 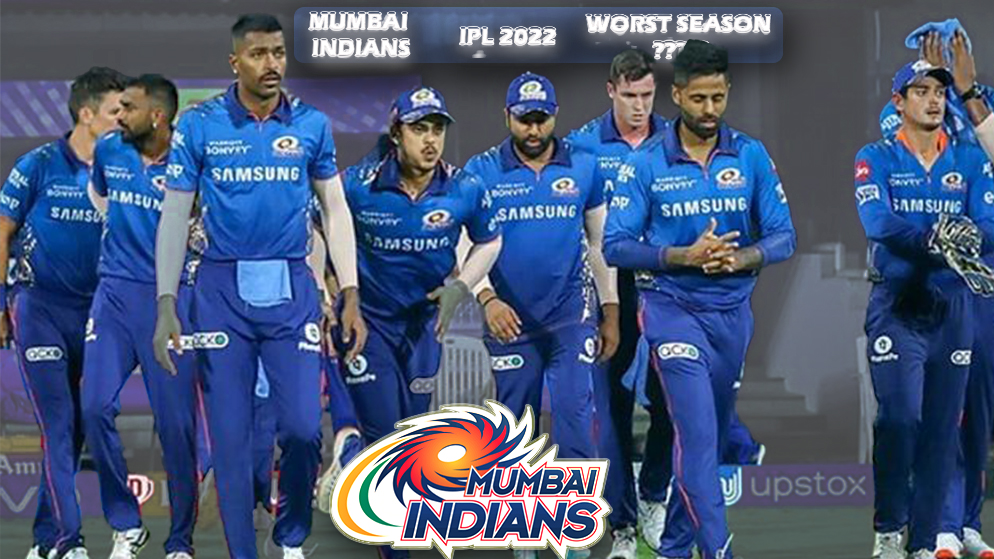 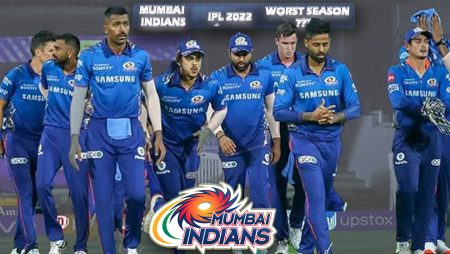 One of the most successful franchises, Mumbai Indians has not had a good start this season in the Indian Premier League ( IPL 2022 ). They have lost their first 5 matches in a row.

With Mumbai Indians, there is always the case that they have been called “Slow Starters” in this league. But this time, it’s been five games and they are yet to open their account.

‘If not now then when? This is the question Mumbai Indians have to ask themselves. They have to pull their socks up and get back to winning ways. Otherwise, it will be the worst season for Mumbai Indians in IPL 2022.

Mumbai Indians lost their first game against DC after scoring a below-par total of 177. Their batting hasn’t clicked against RR while chasing 194. And they didn’t score much against KKR and RCB, only managed to score 161 and 151 while batting first.

They came closer against Punjab Kings (PBKS) while chasing 198, scoring 186. But they didn’t give the final push in the end.

What is going wrong with the MI (Mumbai Indians)?

It is simple. Fielding, bowling, and batting. They are not looking for a settled SIDE this time, like in the last few years.

They have played with just two overseas players at one stage. And one of them was Uncapped Under 19 cricketer D Brevis. Surya Kumar Yadav didn’t play the first few games and also didn’t have Too much dependency on J Bumrah in the bowling department, the middle-order not firing, the absence of some old players, and Rohit Sharma’s own form with the bat. There are so many things to look for. They are:

The middle order of Mumbai Indians not finishing games is a very big concern for MI. We haven’t seen the real K Pollard that we used to. Other middle-order batters like T David, D Sams, etc. who have a reputation as hard hitters have not done the job till now.

MI used to have players like H Pandya and K Pandya, who can hit the ball long and take the game away from the opposition on their own. But this time, this is not the case with MI anymore.

Too much dependency on Jasprit Bumrah:

Mumbai Indians used to have a strong bowling attack with the likes of L Malinga, M Johnson, T Boult, etc. over the years. And the spinners of MI are also very potent to take wickets in the middle overs.

But this time, J Bumrah found himself lonely in the bowling attack with others are not bowling up to the standards. Even spinners are not taking wickets in the middle overs, which is very important in the limited-overs format.

T Mills and B Thampi bowled well in patches, but they are not doing it on a consistent basis.

It has been a while since Rohit Sharma has a successful IPL season with 500+ runs. He is winning trophies as captain, but now the team needs him to fire with the bat at this stage of the tournament. He only managed to score 41, 10, 3, 26, and 28.

Even Ishan Kishan, Rohit Sharma’s partner, didn’t have much to contribute. He was bought by the Mumbai Indians for a whopping 15.25 Crore. There must be a reason for this. That is why MI went for him that far. The franchise will expect him to give a good start to the team. He started off well against DC, scoring 81 off 48 balls. And a 53 with a lesser strike rate against RR. But since then, he only managed to score 14 off 21 balls, 26 off 28 balls, and 3 off 6 balls. The more concerning part is he had a start, and played a few balls, but hasn’t converted them into a big score.

The absence of the Pandya brothers:

MI had Pandya brothers (H Pandya and K Pandya), who gives a balance to the team. Both can bat anywhere in the middle order and can bowl as well. But MI is struggling to find balance in their team this season.

Who should Mumbai Indians buy in the IPL mid-season transfer window?

The mid-season IPL transfer window is a rule introduced By BCCI in which capped and uncapped players, who didn’t play or has played less than required games this season, of the different franchises, are up for grabs.

Mumbai Indians need a middle-order batter who can finish games for them when the team is in trouble. They also need a bowler who can back up Jasprit Bumrah so that his workload has been managed during the game. You cannot bowl, Jasprit Bumrah with the new ball, in the middle overs, and in the death overs, and expect him to do the job every time.

But it also depends on other franchises if they want to release the player or not.

Does Mumbai Indians have a chance for the playoff round?

Mumbai Indians had a rich history of coming back from this kind of situation. They have been there in these tough situations and have done it before on many occasions. But you can not expect every time to turn the table into their table.

Also, this time, there are two new teams which makes the competition even tougher. If they have to make it to the playoffs, they have to go to the drawing board and have a look at their flaws.

Right now, they are sitting at the last of the points table with no wins in 5 games. Their net run rate is -1.072.

Their next game is against Lucknow Super Giants (LSG) on 16th April at Brabourne Stadium, Mumbai

Can they make it to the qualifier round of IPL 2022?

Who would have thought that teams like Chennai Super Kings (CSK) and Mumbai Indians (MI) will struggle to win games this season? But this is how the game of cricket panned out. It is a game of uncertainty.

MI has done this before. But will they do it another time? Give your thoughts on that and thank you for your time.