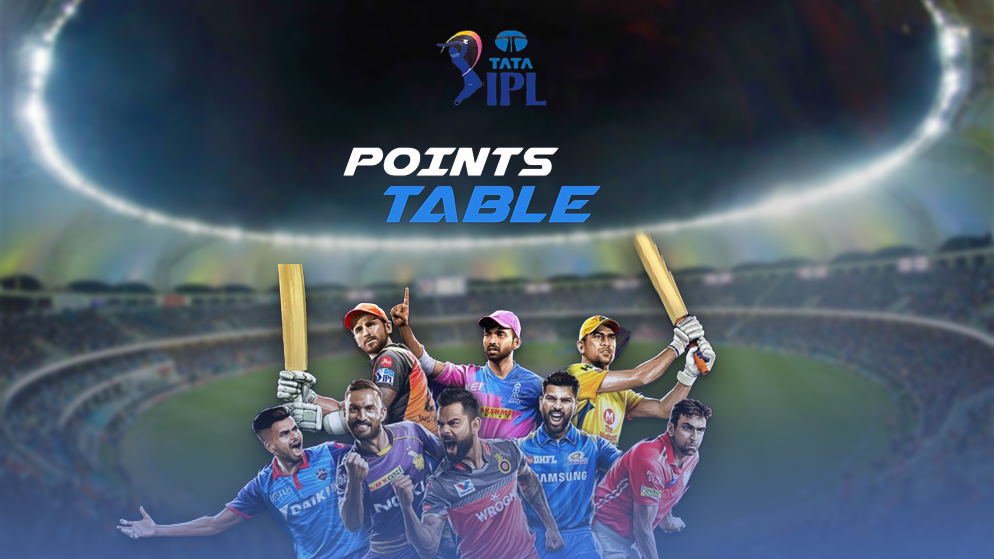 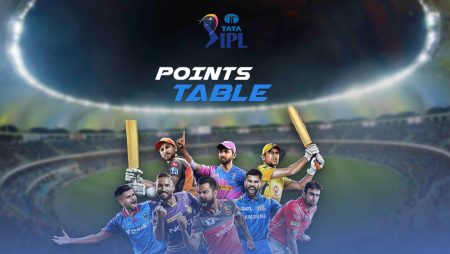 The 15th edition of the Indian Premier League (IPL 2022) is going on and we have come to the stage where we can see and reflect how what the points table looks like after 25 games.

We all are enjoying the buzz of IPL and people are crazy about this league. Some of the teams started off really well while some are struggling to find the right things to do.

Every year, we judge the teams after the halfway stage of the tournament and see how the tournament is panning out. But this time, with two new teams, the competition is longer than usual and it’s only 25 games but let’s try to analyze what the points table looks like and what are the teams whom we can say will make it to the last four.

Every team has played 4 to 5 games till now. So we will try to analyze the teams’ performances with this small sample size.

Gujrat Titans are at the top of the points table with 4 wins in 5 games. Their net run rate is also the highest in the tournament till now (+0.450).

The new franchise, led by H Pandya, started off really well with three wins in the first three games. They won against LSG by 5 wickets, DC by 14 runs, and PBKS by 6 wickets.

They were off-balance against SRH, losing the game by 8 wickets. But they won their last encounter against RR by 37 runs.

Captain H Pandya himself, leading from the front. With the bat, ball, and fielding, he is enjoying himself in the role. And with the likes of D Miller, R Tewatia, and A Manohar doing their job in the middle order, their batting looks sorted.

The main strength of GT is their bowling attack, which consists of M Shami, R Khan, and L Ferguson; which makes this team more dangerous.

Rajasthan Royals is sitting second in the points table with 3 wins in 5 games. There are five other teams with 3 wins, but RR is better with a net run rate of +0.389.

They are the first team to win the first two games while defending the scores when other teams were winning after winning the toss and chasing.

RR has some wicket-takers in T Boult, P Krishna, and the spin duo of Y Chahal and R Ashwin. In the batting department, J Buttler is leading them. He is the highest run-scorer in the tournament so far with 272 runs in 5 games.

They won their first game against RCB, chased down 205 with the contribution from all the batters. Then lost against KKR by 6 wickets.

PBKS, then win against CSK by 54 runs, after scoring 180. Then lose again by 6 wickets against GT. They won their last game against MI in a close encounter, by 12 runs.

KKR has won 3 games out of 6 and is at No. 4 in the points table. They won their first 3 games out of 4. They win against CSK, PBKS, and MI by 6 wickets, 6 wickets, and 5 wickets respectively. But lost against RCB by 3 wickets.

The team looks settled on paper with both openers (KL Rahul and Quinton de Kock) explosive. And a middle-order consists of some fine batters in J Holder, M Stoinis, etc.

The best thing that happened with RCB is their middle order, which has D Karthik, S Ahmed, and S Prabhudesai firing. It is not the case in the last few years, with AB de Villiers carrying the team on his own.

Their bowling might be a little up and down, but the team will work on it as the tournament progresses.

The captain Faf du Plessis and the former captain V Kohli, haven’t had a bigger impact till now. But RCB are at No. 6 with 3 wins in 5 games with the NRR of +0.006.

After the first two games, it looks like it is another season for SRH with not much to show but they win back to back 3 games against CSK, GT, and KKR. They are the last team who won 3 games in the points table till now. They are at No. 7.

DC played the least games till now. They are at No. 8 with 2 wins in 4 games. They missed the services of premium bowler, A Nortje in the first few games. But he is back now and will be eager to find his rhythm.

We are not used to seeing this team ranking so low in the points table. They have lost their first 4 games. They missed the services of D Chahar, due to injury. Other than that, their batting is not firing like in the previous seasons.

The most successful team in the IPL history, winning the title 5 times, is sitting on the last of the points table with no wins in 5 games.

The batting, middle order, bowling attack, everything is not going their way right now. With the new group of people due to mega auction, they are yet to find the balance and the environment.

Mumbai Indians have been in the situation before, but the competition is very tough this year, with two new teams coming up.

Who will make it to the top 4?

This is what the points table looks like. Still, it is an early call for us to judge because it is only 25 games. But we have a fair idea of how the teams are doing.