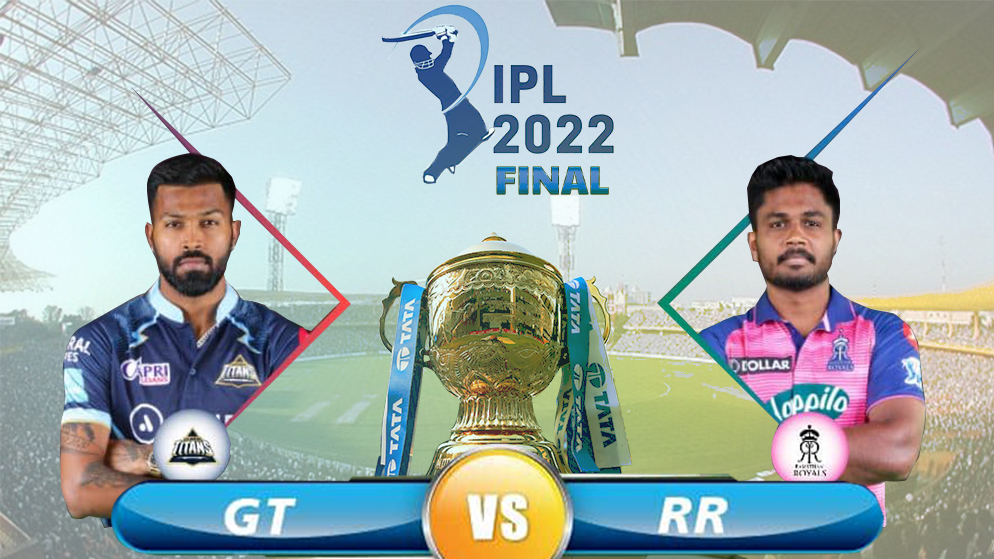 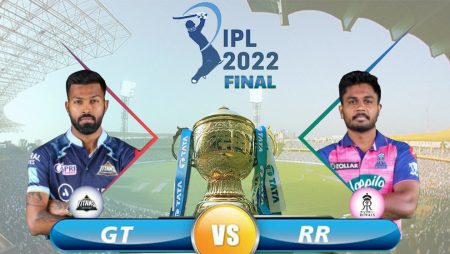 IPL Final GT vs RR:- The day has come when we get to know the winner of the 15th edition of the Indian Premier League 2022. The top two teams, Gujrat Titans (GT) and Rajasthan Royals (RR) will lock horns against each other in the IPL 2022 final.

RR will look to win the title for the first time in the last 15 years. They won the first-ever IPL title held in 2008. Since then, they didn’t even come closer to winning the title. (IPL Final GT vs RR)

They were in the top 4 quite a few times but haven’t made the cut to the top 2. This year, they have a good team with J Buttler in a form of his life and the bowling unit taking wickets regularly.

On the other hand, H Pandya led side surprised everyone by reaching the final of the IPL 2022. The captain leads himself from the front and they have found so many heroes from time to time whenever they are in trouble. They played so many close games and are now used to handling the pressure of high-intensity tournaments like IPL as a group.

They will look to create history by winning the title in their first-ever IPL season.

Both teams will look to play the same team as played in their last respective games. The only change possible is L Ferguson coming in for A Joseph. Unless there will be no changes in the playing XIs if there is any injury to the player.

Players to watch out for:- (IPL Final GT vs RR)

The South African has had so much impact in this tournament for GT. He is enjoying the role of the finisher and he is given ample opportunities to prove his worth.

In the last few years, he is not given enough opportunities but now he is finishing close games for GT as we saw in the last game. (IPL Final GT vs RR)

He will be the key for GT if they are into these kinds of tense situations again.

Captain H Pandya has found a new role in the middle order this year. For MI, he played most of the time as a finisher. But this year, he promoted himself up the order and took the responsibility on his own shoulder.

If he does well in the final, the team will feel confident. They need their captain to give a final push in the final.

His utility in the team has been immense. He takes wickets with the ball, does not give away so many runs, and can win you games with the bat in a close encounter. (IPL Final GT vs RR)

R Khan has not picked up so many wickets but hasn’t given so many runs as well. One of the reasons for him not taking wickets is other batters played safe against him.

This year, he is not up to his standard with the ball but still does well.

If Gujrat wants to restrict Buttler and Co. in the final, he can play a vital role in the final.

Coming with lots of runs under his belt, J Buttler will be the most important player in the final for Rajasthan Royals.

J Buttler started the tournament well and at one stage, it was looking like he will break the record of V Kohli’s 973 runs in a single IPL season. But a slight dip in his form makes the task a little tougher.

But now, the Englishmen have found his mojo again. He scored his 4th hundred followed by 89 not out in the qualifier 1.

If J Buttler gives a good start in the final, it will make life a little easier for the other players as he will take RR to a good situation.

The leg spinner had an ordinary last few games. But he is a very smart cricketer and he knows how to handle these situations. He has done that before and RR would want him to do that in the final of the IPL 2022.

He is very good with the new ball and can nip the ball around and trouble the batters. If he does well in the powerplay, RR can restrict the strong middle order of GT in the final.

If you are looking for a good fantasy team, you must include J Buttler and Y Chahal in your team. They have been a seasoned performer and we can expect big performances at the final.

Other than these two, P Krishna, R Ashwin, D Miller, and R Khan are the other players who can win you points in the fantasy 11 games.

Which team has more chances of winning the IPL 2022 Final?

Both the team are looking good and will look to win the title.

GT has a strong middle order. And they have a bowling attack to restrict the team while RR has a formidable bowling attack. They rely on Jos Buttler if we come into their batting lineup.