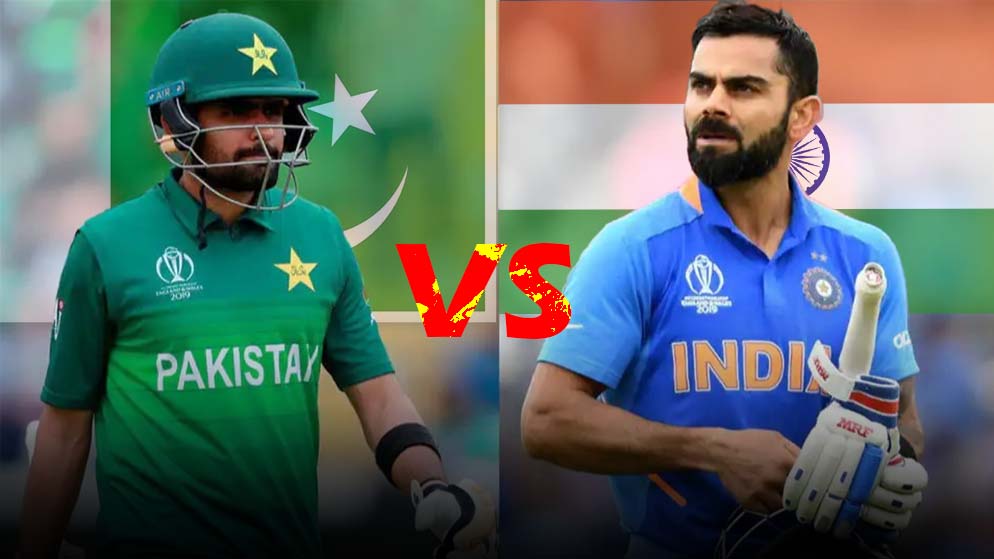 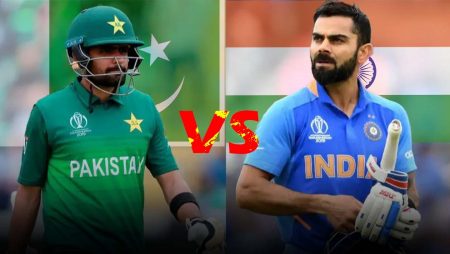 India and Pakistan, the arch-rival are set to lock horns in their first game of the ICC T20 World Cup 2022. The much-awaited and most hyped clash is set to begin on October 23 at 1:30 PM IST (Indian Standard Time) and at 1:00 PM Pakistan time.

ICC T20 World Cup 2022’s super 12 stages will begin on October 22 with the finalists of the T20 WC 2021, Australia and New Zealand playing the first game at Sydney Cricket Ground. The game between India and Pakistan will be held at Melbourne Cricket Ground.

Pakistan chased down a target of 150+ easily without losing any wickets. Captain B Azam and M Rizwan scored the fifties in that game.

Let’s talk about the strengths and weaknesses of both teams, Match Prediction, Weather reports, etc

Team India has a very good batting lineup with Captain R Sharma and KL Rahul at the top. V Kohli is back in form and will be crucial in the high-pressure game.

SK Yadav is one of the best T20 batters in the world right now. And the way he is playing is eye-catching. H Pandya is also finishing games for the team and D Karthik is playing his role as a finisher very well.

So Team India will rely on their batting in the high-pressure clash against Pakistan.

With Shaheen Shah Afridi back in the team, their bowling unit looks complete is one of the best in the ICC T20 World Cup 2022. The battle between India’s batting and Pakistan’s bowling will be interesting to see.

Team India’s main pacer J Bumrah is ruled out of the tournament. With his exclusion, the team’s bowling looks less threatening. The bowlers need to work hard to restrict the Pakistan batting lineup in the absence of J Bumrah. Especially in the death overs.

Pakistan has a very good opener in B Azam and M Rizwan. But their middle order is a bit of a concern for them.

Also, sometimes, B Azam and M Rizwan took too much time to take off. They need to check on their strike rates as it will create a pressure situation for the batters to come.

The former Indian skipper is back in form. And his experience will be vital against Pakistan as there will be a lot of pressure in that clash. He scored a fifty last year in the T20 World Cup 2021 in UAE. And he will be eager to do it again. He has a very good record against Pakistan.

Pandya is one of the best all-rounders in T20 cricket right now. He gives the balance that is needed in the team. In the Asia Cup 2022’s first game, when the match was tense, he won it for Team India.

In the absence of J Bumrah, he will be the leader of the pack. He will use his experience in the game. And he will be important with the new ball.

Captain B Azam is so consistent in this format. Indian bowlers will look to get him as early as possible. Otherwise, he has the ability to go big as we saw in the ICC T20 World Cup 2021.

The Indian batter struggles against the left-arm seamer and is not hidden from anyone. And Shaheen is one of the best bowlers in the world right now. He will be important for Pakistan, especially with the new ball. He has the ability to swing the ball back which troubles batters all around the world.

The bad news is that there is 80% chance of rain in the India-Pakistan game on October 23. Let’s hope that the rain gods will stay away from this game. As the fans are waiting to watch the tussle between the two good teams.

Let’s see what happens in the game. Both teams are very strong and there are 50-50 chances of winning for both teams. Comment your predictions below.