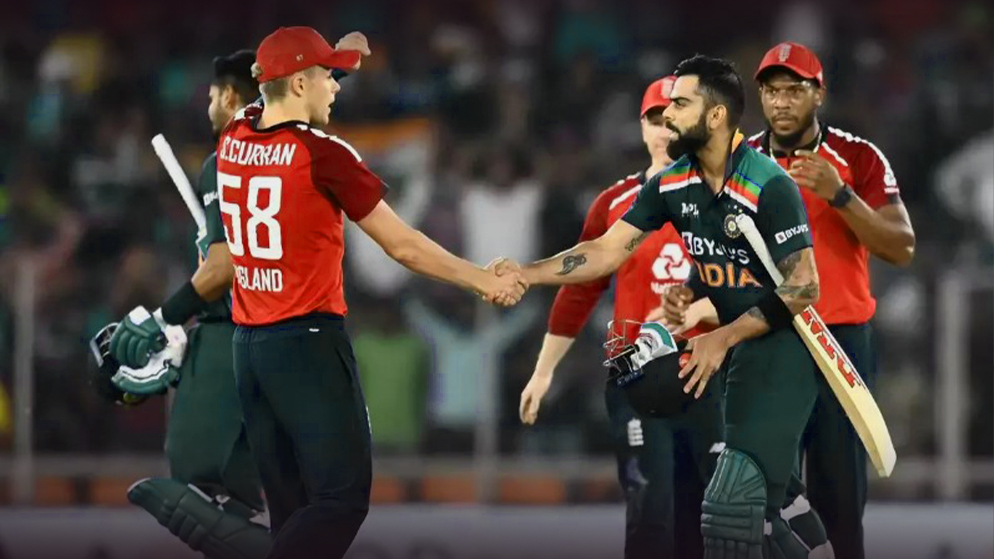 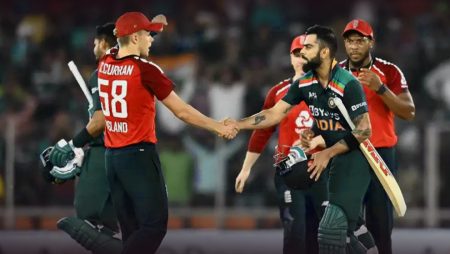 INDIA VS ENGLAND ODI SERIES 2022- After a disappointing loss in the one-off test against England, Team India has made a strong comeback in the T20I series. They won the three-match series by 2-1.

India lost the last game by 17 runs in a high-scoring encounter. SK Yadav played an outstanding inning in a losing cause. (India vs England)

Now, after the test a T20Is, Team India is set to play a three-match ODI series against England starting on July 12 at Kennington Oval, London.

Followed by the first ODI, the next two ODIs will be played at Lord’s, London, and Emirates Old Trafford, Manchester on July 14 and 17. (India vs England)

Records in India vs England ODIS

Team India has a very good record against England when it comes to ODI cricket.

India and England faced off each other in this format for the first time in 1974 in Leeds. Where England won the match by 4 wickets.

India’s first win against England in ODI came in December 1981 in Jalandhar.

India also won its first-ever ODI series against England in that series as well.

Head to Head in ODIs

Overall, India and England played 103 ODIs. Out of which, India won 55 matches and England won 43 matches.

Three matches ended with no results. And two matches have been tied between the two teams. One of which was in ICC World Cup 2011.

So, clearly, India has an upper hand in ODIs against England.

Last time, India faced England in a three-match bilateral ODI series in India. India won that series by 2-1. They won the series decider when the series was 1-1. (India vs England)

India went to England for a full-fledged tour in 2018. They played a three-match ODI series which they lost by 2-1 after winning the first ODI.

Team India won the three-match ODI series in India in 2016-17. Also, they won the five-match ODI series by 3-1 in England when they toured England in 2014. It was under the leadership of MS Dhoni. (India vs England)

So, we can see that recently, India and England are equal and the next series will be interesting to see.

Team India will look to continue its form of T20Is going into the ODI series. As far as England are concerned, they will feel confident after winning the last T20I.

England is coming into this ODI series with very good form. They haven’t lost an ODI series at home for a while now.

They have changed their approach of playing ODI cricket since the elimination from the quarter-finals of the ICC WC 2015. (India vs England)

England bat deep and bat hard and always plays with a positive approach. They look to score runs quickly and they have players who can do the job for them. Something India must be aware of.

They are the World Champions for a reason. Now, with E Morgan retired from international cricket, J Buttler has been given a responsibility to lead this England side.

J Bairstow and B Stokes are also back in the mix in ODI after more than a year. England will miss the services of its main bowlers like C Woakes, J Archer, and M Wood in this series. Their bowling will be tested in the absence of some of the big names. England also didn’t have A Rashid, their premium spinner in this series.

Coming to India, they announced a strong squad for the ODI series with all the big players available for the selection. (India vs England)

India will look to finish the series on a high.

The form he is in, India will vary from that. He is in form of his life and can give a flying start to England at the top.

Captain J Buttler hasn’t scored according to his standard in the three-match T20I series. He will look to redeem himself in the ODI series.

Root has been scoring consistently. And along with test cricket, this format also suits him as he scored so many runs at the top.

The series s very important for V Kohli for his future. He is struggling with his form for a while now.

In that case, the eyes will be on him on how he performs.

Captain R Sharma himself is struggling to get the runs. He missed a few crucial series recently due to injuries and COVID. He will look to get into the runs again in this series.

The main bowler in the team and the leader of the pack. J Bumrah will be the one to look for in this series.

England’s ODI squad for the series:

India’s squad for the series:-