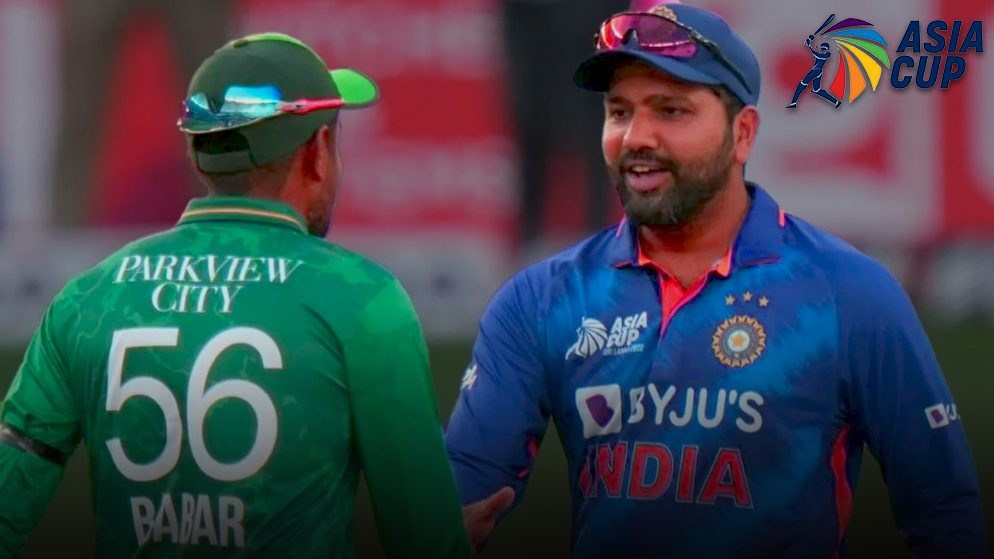 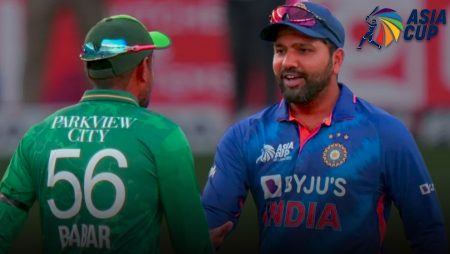 After a dramatic end to the India-Pakistan match, last Sunday in the Asia Cup 2022, it is showtime for the fans as both the teams face off against each other for the second time in the tournament in the super four round.

India won both their matches. One against arch-rivals Pakistan and another against an emerging team in Asia, Hong Kong.

Though India struggled against Pakistan. The heroics of Hardik Pandya and Ravindra Jadeja bailed out India in the first instance.

The latest news is Ravindra Jadeja ruled out of Asia Cup 2022. who has been the top performer for India lower down the order and economical with the ball.

The Indian bowlers troubled the Pakistani batsman with short balls and the same ploy could be in use for the second encounter.

In their second match against Hong Kong, the world witnessed the rise of Suryakumar Yadav once again and King Kohli’s fifty helped India register an easy win.

Bhuvneswar Kumar and Hardik Pandya are key bowlers to India’s success in Asia Cup 2022 so far. They will be crucial against Pakistan when they meet in the 2nd match of the Super four in Asia Cup 2022.

Pakistan batsmen struggled against the short bowling attack of India in their first match in Asia Cup 2022.

The positive from the loss against India is the way the young Pakistani bowlers performed.

Naseem Shah was the standout performer. He ran in and bowled in a crucial over struggling with a leg injury. He won the hearts of all cricket fans on his T20 international debut.

In their second group game against Hong Kong. Pakistan was on a role. Rizwan and Fakhar Zaman scored the fifties and the last over assault from Khusdil Shah helped Pakistan reach 190 plus score.

Hong Kong was bowled out for 38 runs. Shadab Khan and Mohammad Nawaz were the stand-out performers with the ball.

Pakistan captain Babar Azam failed to score in both matches and will be hoping to score big against India. It’s a rare failure for the world’s number one T20 batsman.

India vs Pakistan players to watch out in match 2 of Asia Cup 2022.

The Indian captain Rohit Sharma is the player to watch out for India. Rohit failed to score big runs in both the group games. It is a perfect opportunity for Hitman to score big against arch-rivals Pakistan.

The pitch in Dubai is typically a track where batsmen struggle in the early innings. The plan for Rohit will be to play out the initial few overs and play out a big knock.

Virat Kohli has found some sort of form and he looks ready to go for the match on Sunday. The match is a perfect one for the chase master and the run machine to get back to his usual touch and he will be aiming to score with a much better strike rate.

The result of the super four round will determine which two teams will play in Asia Cup 2022 final. There is a high probability of the India-Pakistan final.

The only way this dream match for the fans is possible is when either India or Pakistan wins three matches and the other team wins two matches with a better net run rate.

Afghanistan and Sri Lanka are the other two teams in the super four round in Asia Cup 2022. Afghanistan has been in a role in this year’s tournament. It is not going to be easy for India and Pakistan against Afghanistan.

There is going to be a definite loser in the super four round in the match against India – Pakistan. The team which gets defeated in the Indo-Pak match has to win against Afghanistan and Sri Lanka to be in the top two spots.

The team which wins in the Indo-Pak match has to win any one match with a better net run rate in their remaining two matches to be in the top two places in the points table.

The competition is going to be much tougher and you can expect a cracker of contests in the super four round and an exciting final is on cards.

Players from both India – Pakistan will be hoping that they face each other one more time and in a high-pressure game.

What are your thoughts, Do you want to watch India vs Pakistan match in Asia Cup 2022 Final?